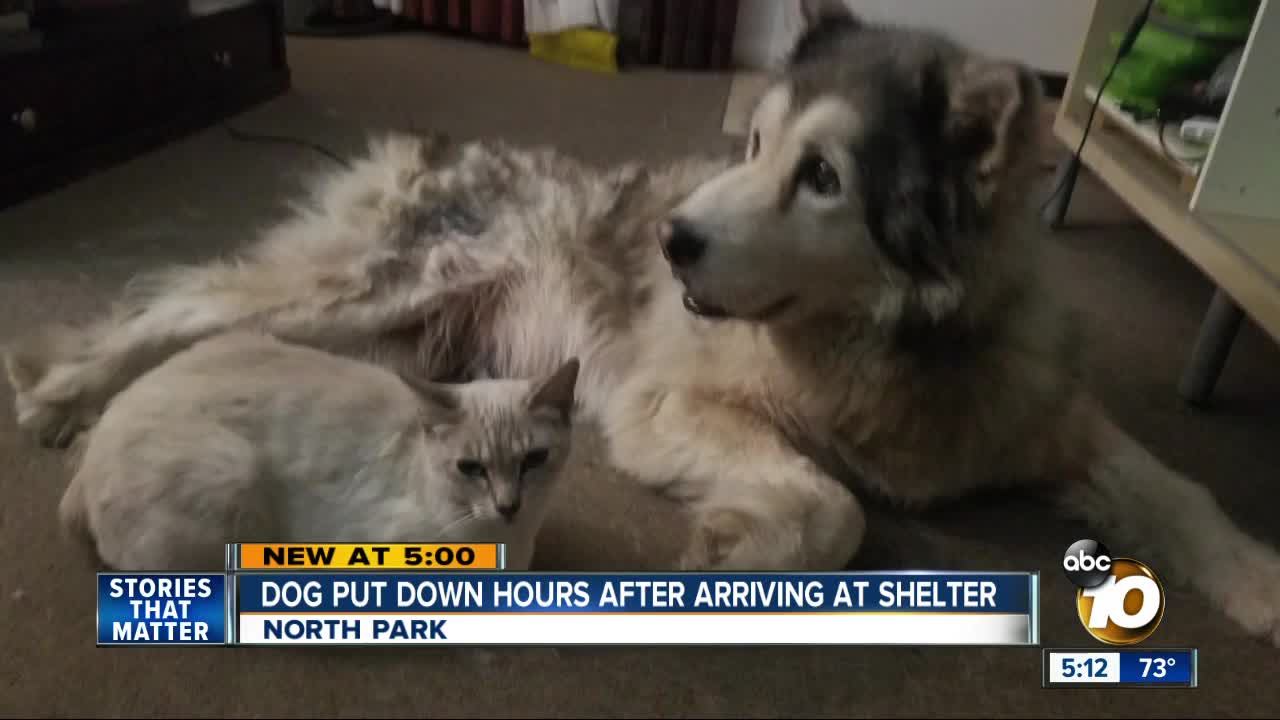 SAN DIEGO (KGTV) – A North Park woman is in shock after she said her beloved dog was put down by the San Diego Humane Society just hours after he escaped from her home.

Vikki Bush told 10News that Humane Society officials informed her that her dog Jack was suffering, but she disagreed with their explanation.

Bush said 13-year-old Jack had been dealing with some health issues, but he could still go for walks and was eating normally.

On Aug. 16, Jack got out through a door left open by accident. After a search through her North Park neighborhood, Bush checked the Humane Society and saw that Jack was there.

However, when she got there, officials there told her that Jack had been euthanized.

“I still think I should have been able to make that decision … I wanted to be there with him. I can’t believe I didn’t get that chance,” Bush said.

The Humane Society issued a statement to 10News that read, in part: “Veterinarians determined the dog had trouble breathing, neurological problems and was suffering immensely … Our veterinarians determined it would not be humane to prolong the dog’s suffering and made the difficult decision to proceed with humane euthanasia … We know how strong the human-animal bond is and our hearts go out to the family of the dog.”

Jack was microchipped, but the contact information was not up to date, which is why the Humane Society said they were not able to get in touch with Bush.

Bush told 10News she hopes her story will serve as a warning to other pet owners to keep that information updated.