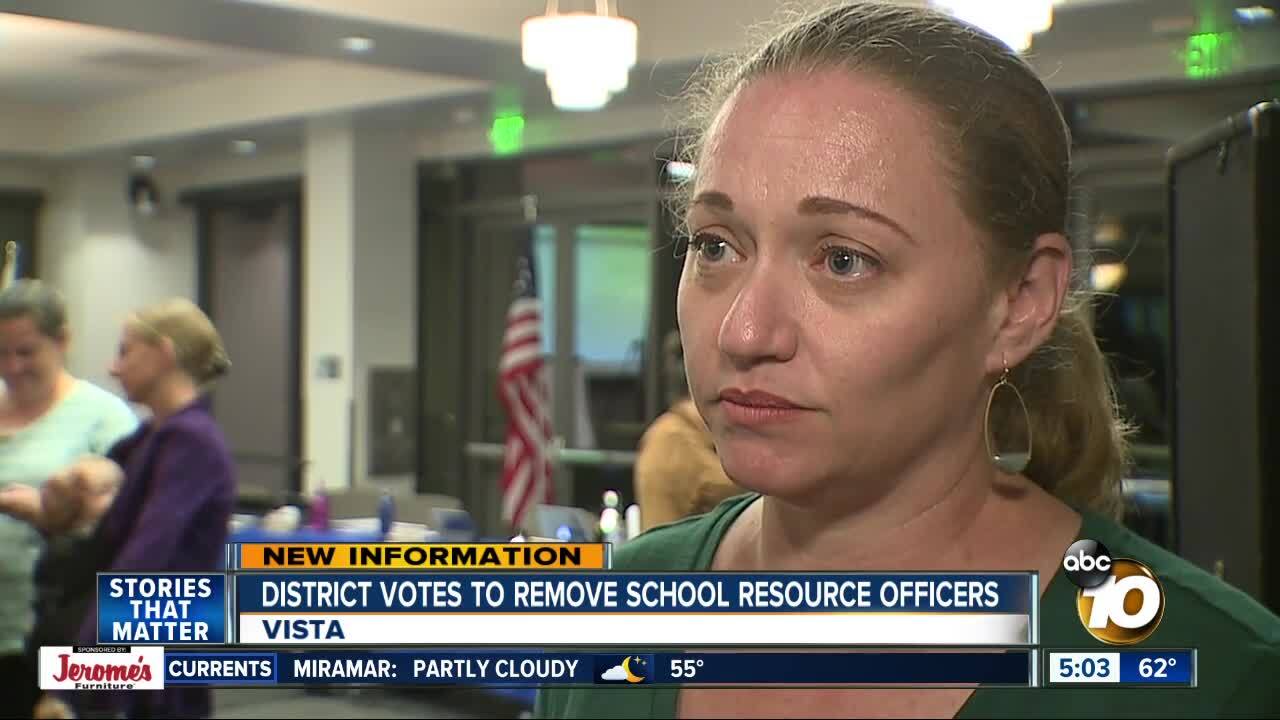 San Diego (KGTV) -- North County parents and students are voicing safety concerns after the Vista school board voted 3-2 not to restore law enforcement at school sites next year.

The Vista Unified School District made its decision early Friday morning despite backlash from some parents.

"We seem to need constant reminders so we've had Columbine, Parkland, Sandy Hook, and on a day we're pleading for safety another tragedy hits," one parent told 10News.

The parent was referring to Thursday's shooting at Saugus High School just north of Los Angeles. A student gunned down a group of teens on campus killing a 16-year-old girl and a 14-year-old boy. Three other teens were injured in the rampage.

The Vista school board is citing budget challenges for their decision but said will look for alternative funding and continue discussions. School resource officers and mental health officers were among the budget cuts made to trim $10 million dollars in a meeting earlier this month.

The board said they may restore in coming weeks but not at this time.