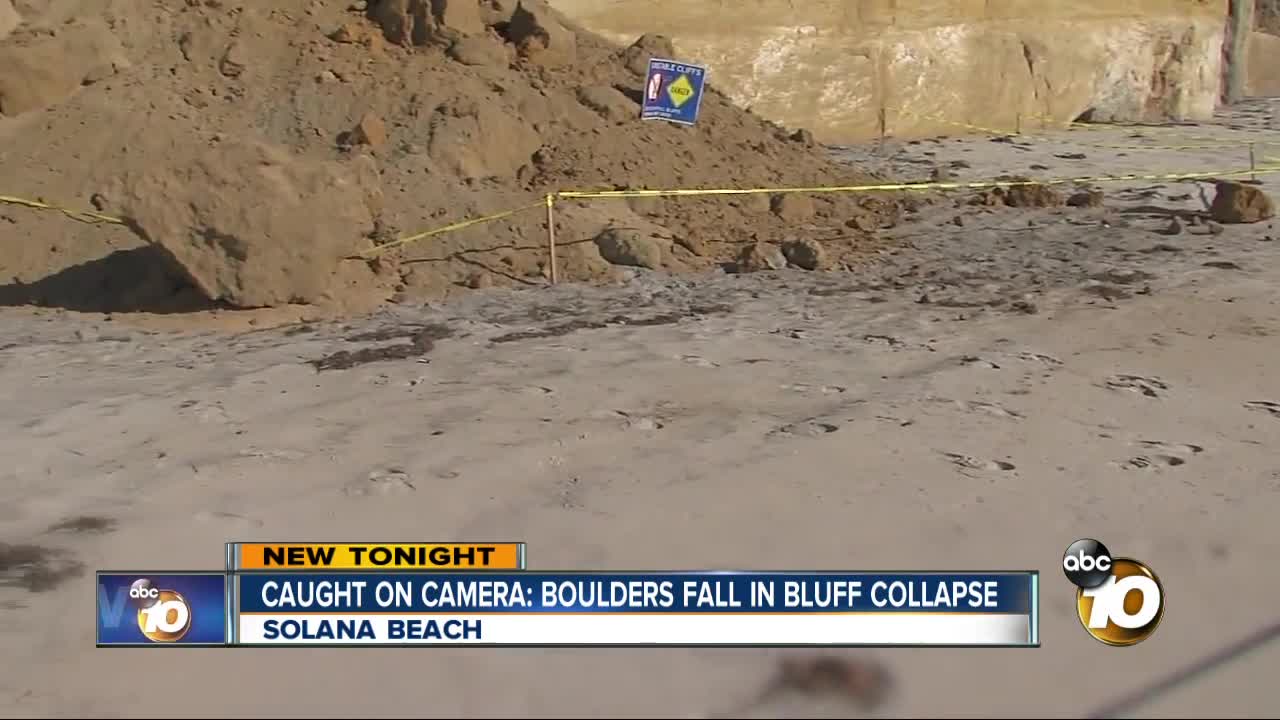 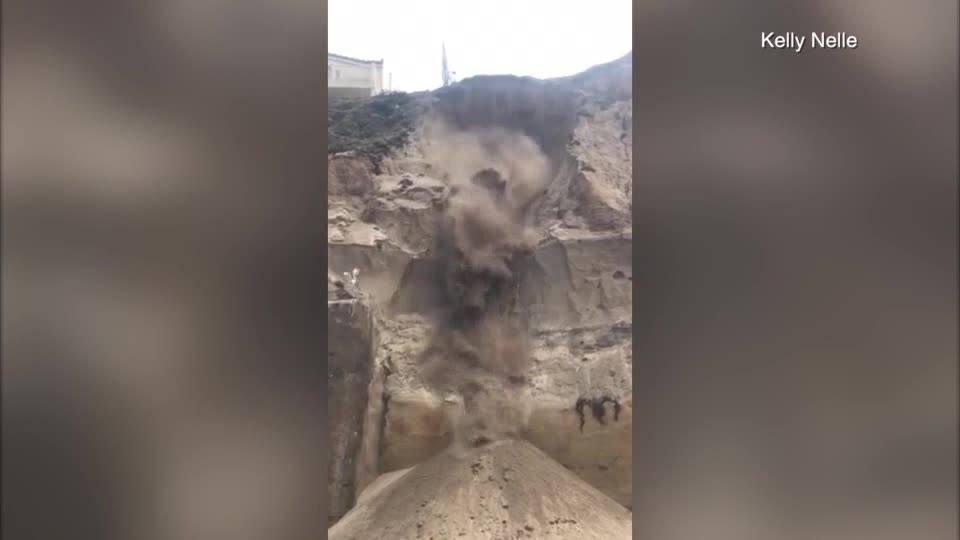 Kelly Nelle captured a small bluff failure at a site that appeared taped off due to a previous bluff collapse. No one was injured.

Several parts of Fletcher Cove were taped off in August as sandstone tumbled about 75 feet down to the beach. It isn't clear if Friday's collapse was at the same site, but the area was already taped off and appeared to have a pile of sediment at the base of the cliff side.

In late August, Torrey Pines beach goers were warned of bluff collapses after a section fell to the ground. In early August, a massive section of rock fell in Encinitas, killing three people.

As temperatures rise and bring more locals out to the coast, officials cautioned visitors to walk 25 - 40 feet away from all bluffs and not to walk around barricades because large rocks could still fall.

Video from Friday showed some smaller rocks falling before the larger section fell onto the Solana Beach spot.