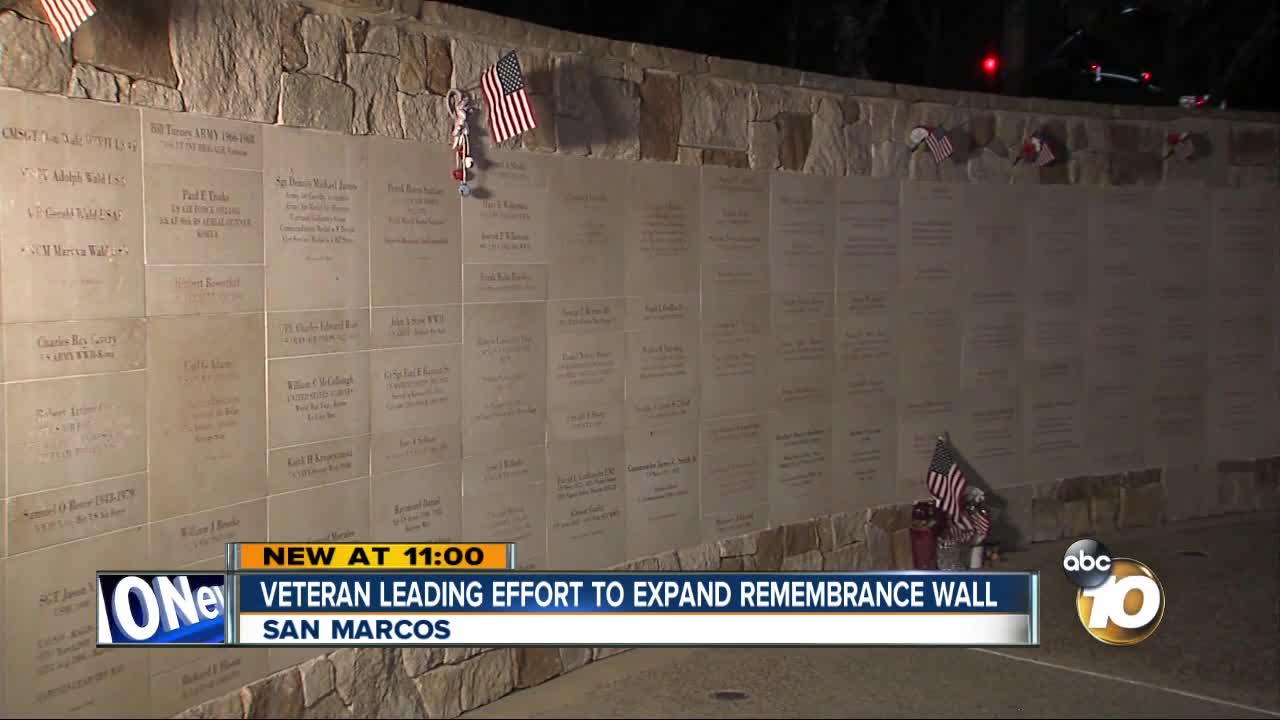 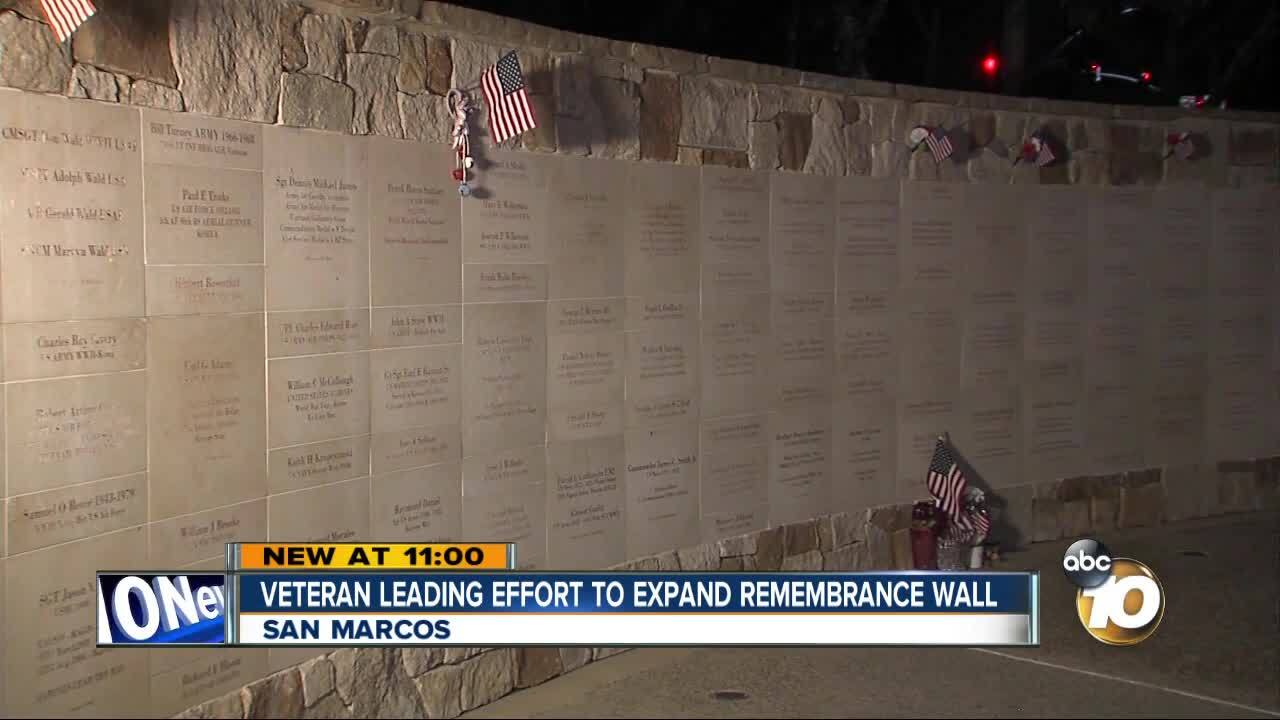 The wall stands at Helen Bougher Memorial Park, and it was funded and put up by a veterans group in 2009, but spots filled-up close after about two years.

The open spaces left on the wall now are reserved for POWs and those KIA or MIA.

"Unfortunately, I was the one that had to tell all the veterans and their families that there was no room left on the wall, which was unacceptable," said Heidi Rassat, a co-founder for the remembrance wall.

Jason Beyer said he believes he was the last to purchase a tile before requests were capped. Now, the ex-Marine is on a mission to add more spaces to the wall.

"I think about my co-workers who have passed away, and doing this project keeps their memory alive for me," Beyer said, adding veterans should have the opportunity to be remembered.

Beyer started a group called the San Marcos Veterans Memorial Initiative. Beyer is also a student at CSU San Marcos, and he has gotten art students involved in designing a way to free up or add spaces to the existing wall.

They hope to give design concepts to the city and hopefully begin fundraising next year.

"The City of San Marcos is proud to honor our veterans, and we look forward to considering potential proposals for enhancing the memorial," said City Manager Jack Griffin.

"(During) my time overseas, never did I think I would be part of such an important project," Beyer said.