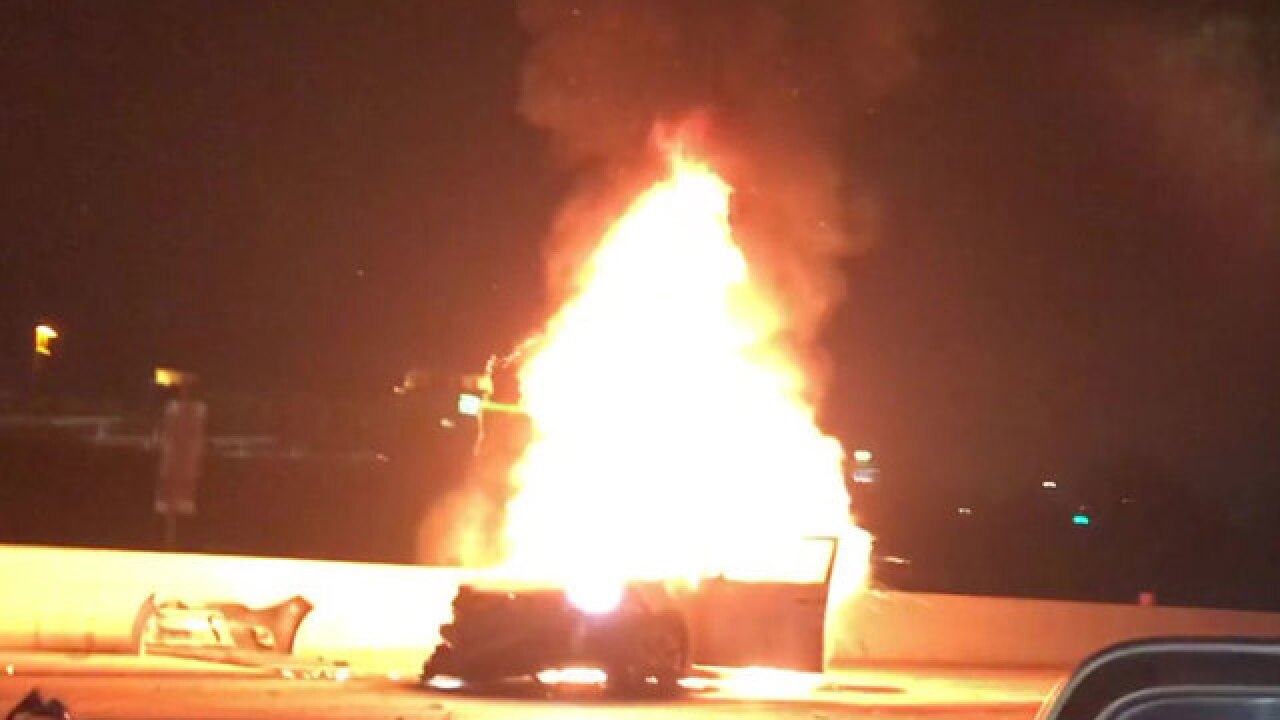 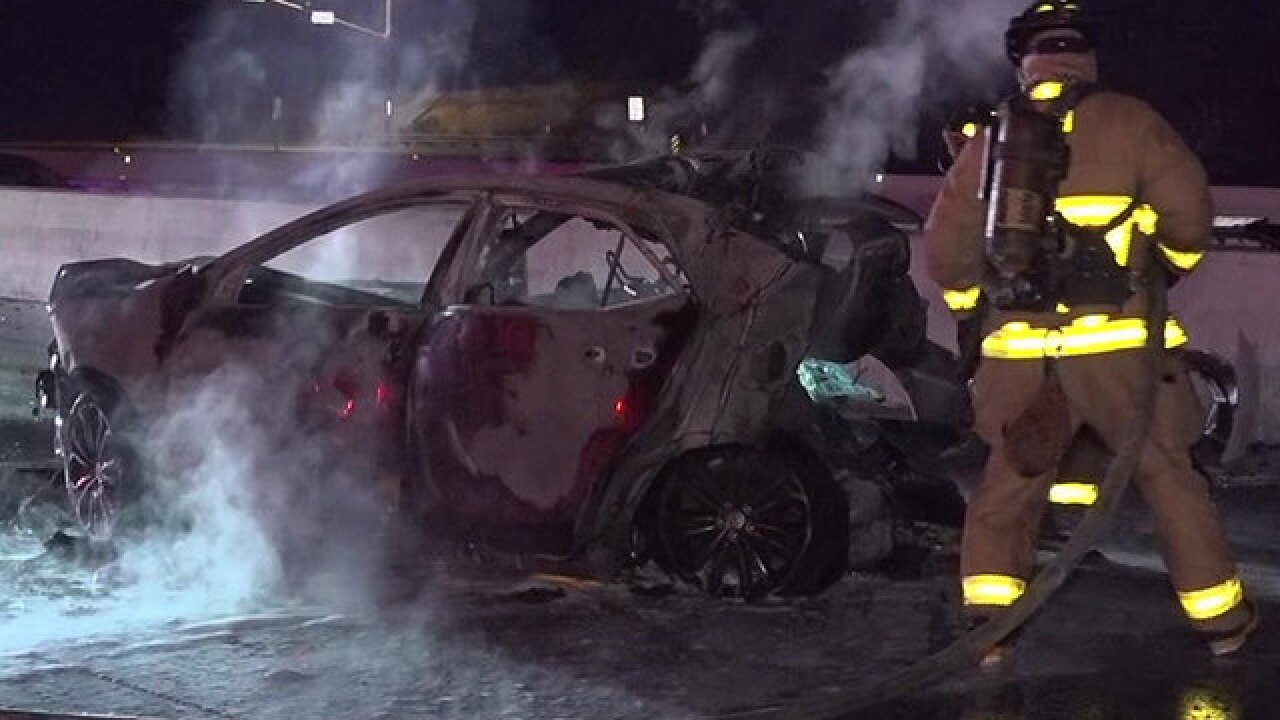 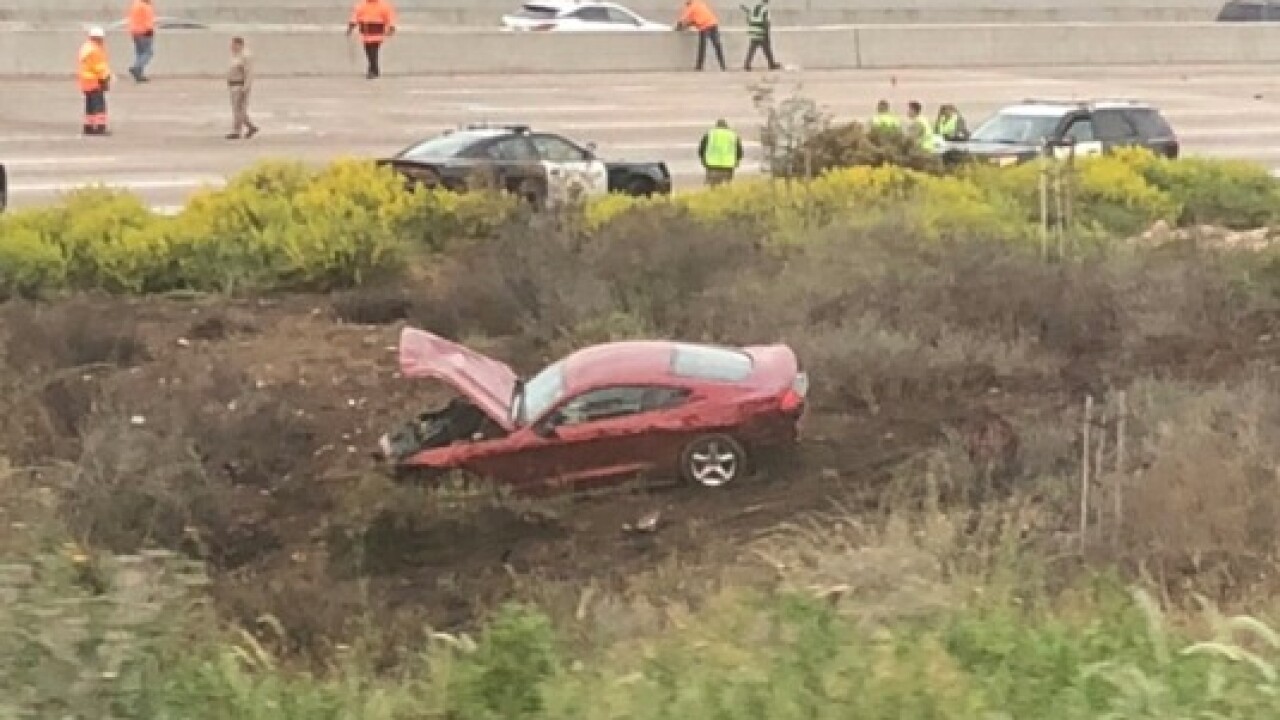 SAN DIEGO (CNS) - An alleged drunken driver was going 121 mph when he caused a fiery freeway pileup that killed two men and seriously injured a woman on Interstate 15 last year, a prosecutor told jurors Tuesday, but a defense attorney claimed an off-duty San Diego police sergeant is actually to blame for the deaths.

Jeffrey Brian Levi, 39, is charged with murder, gross vehicular manslaughter while intoxicated, hit-and-run and drunken driving, for the Jan. 2, 2018, deaths of 33-year-old Jesus David Dominguez and 19-year-old Isaac Felix, who were burned to death inside a Toyota Corolla that was struck at about 11:45 that night in the fast lane of northbound Interstate 15 near Miramar Road.

Giovanna Dominguez -- Jesus Dominguez's sister and Felix's girlfriend - - was also a passenger in the Corolla. She survived but sustained broken bones and burns across her body.

Deputy District Attorney Andrew Aguilar told jurors in his opening statement of Levi's trial that the defendant rear-ended the Corolla, then walked away from the crash scene unscathed.

The Corolla was left disabled in the fast lane with no lights on, its three occupants "sitting ducks" for an ensuing crash, Aguilar said.

A short time later, a Ford Explorer driven by off-duty San Diego police Sgt. Raymond Rowe then struck the Corolla, which burst into flames and left Dominguez and Felix trapped inside the burning wreckage, while bystanders pulled Giovanna Dominguez out.

The Ford Explorer overturned, coming to rest upside down, and Rowe was treated for minor to moderately serious injuries.

Aguilar alleged that about three hours after the crash, Levi had a blood-alcohol content of 0.16%, which is twice the legal limit.

Levi, who was charged with murder due to a 2007 misdemeanor DUI conviction, faces 40 years to life in prison if convicted.

Defense attorney Amanda Waddle alleged that Rowe was "an unreasonable and negligent driver" who should be held liable for the deadly wreck. According to Waddle, Rowe was speeding, failed to wear his prescription glasses and was looking in his rearview mirror at the time of impact.

Aguilar noted that Rowe often used his rearview mirror to spot anyone who might be trailing him from the police station to his home, a risk that Rowe potentially faced as a member of the department's gang unit.

In addition to not paying attention, Waddle said that Rowe failed to use evasive maneuvers that were part of his police training.

"This was the direct result of that secondary, very violent crash where Sgt. Rowe was not paying attention to the roadway in front of him," Waddle said.

The defense conceded that Levi was driving too fast in connection with the initial crash, but said "thankfully" there were no significant injuries as a result.

Giovanna Dominguez -- who was expected to testify Wednesday -- did indicate during a preliminary hearing earlier this year that no one was injured as a result of the initial crash. She testified at the previous hearing that her brother and Felix remained strapped into their seats while trying to contact authorities, but she undid her seatbelt because she wanted to get out of the car and was afraid of being struck again.