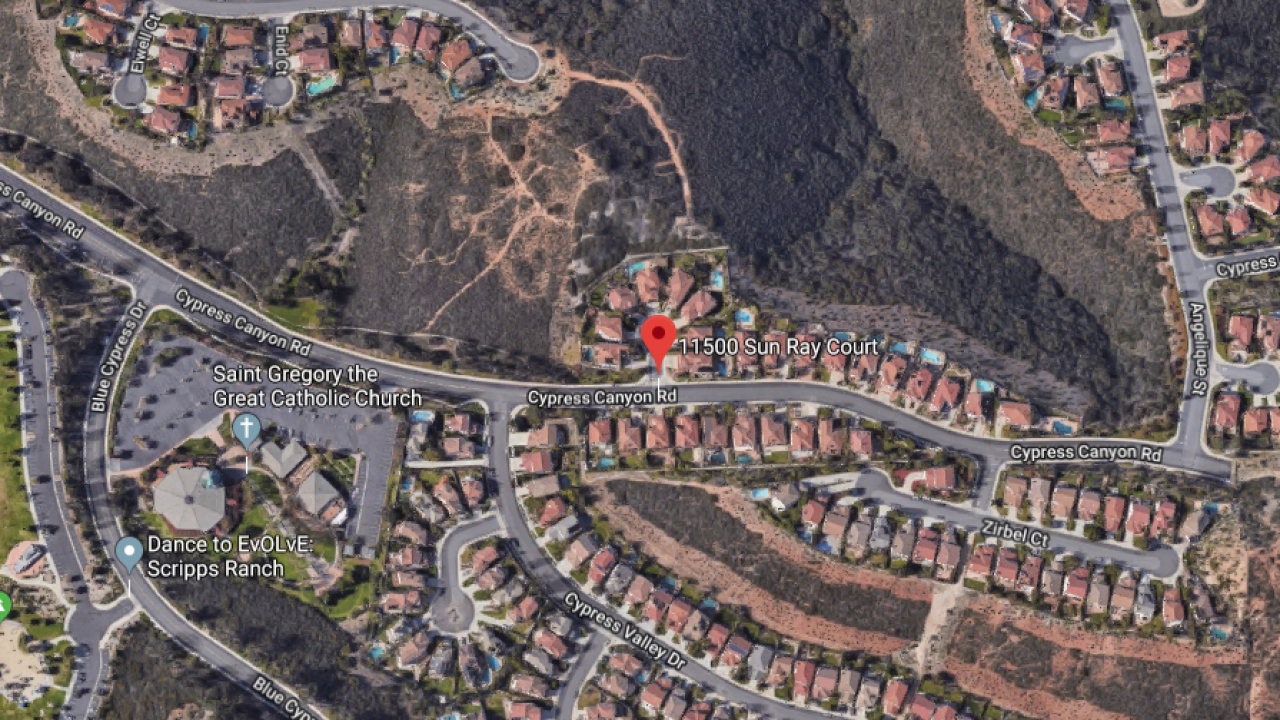 SAN DIEGO (CNS) - A suspected drunken driver crashed into a house in the Miramar Ranch North area of San Diego Saturday morning and was hospitalized with life threatening injuries.

The man was driving his 2014 Hyundai eastbound in the 11700 block of Cypress Canyon Road when he made a left turn onto the 11500 block of Sun Ray Court about 12:30 a.m., according to Officer Robert Heims of the San Diego Police Department.

"As (the driver) was turning, he made an unsafe movement to his left, lost control and crashed into a house," Heims said.

The driver was taken to a hospital with major head and face injuries, considered to be life threatening, Heims said.

DUI was suspected and the crash was being investigated by SDPD Traffic Division.

The name of the driver was not disclosed.