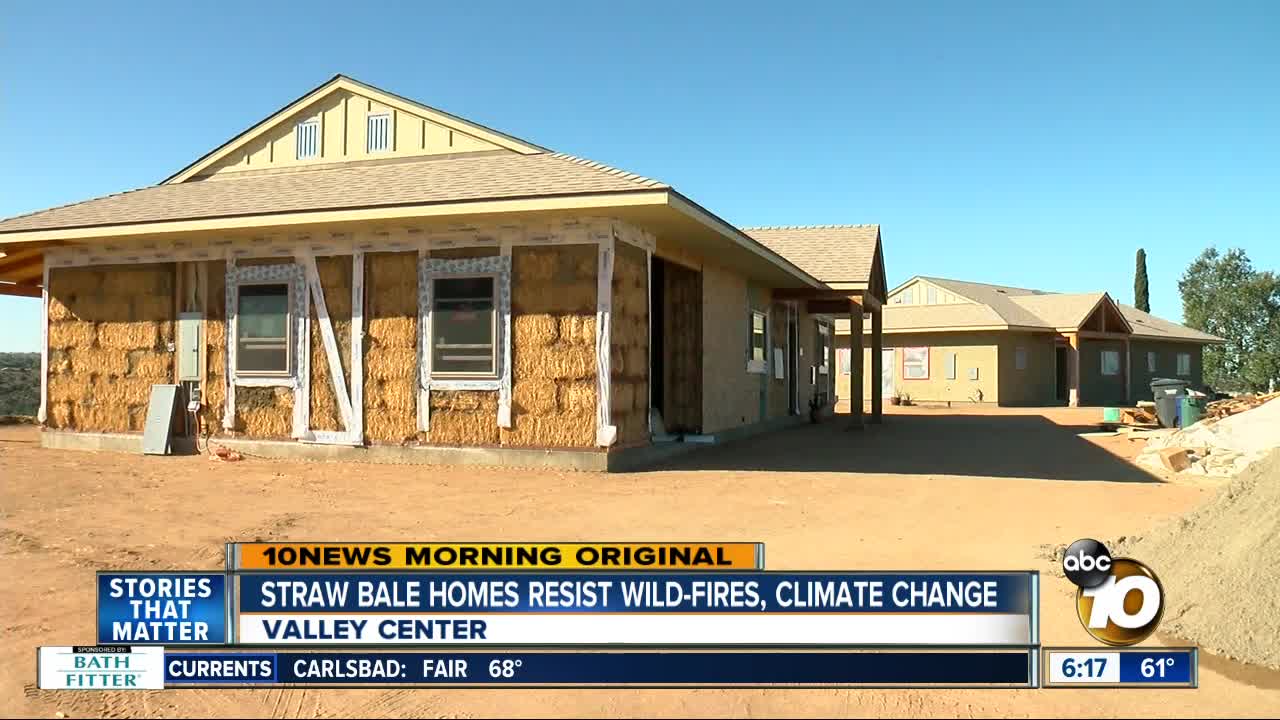 Construction of homes made from straw bales have gained in popularity as the threats of wildfires and climate change increase. Builders say these homes could be the answer to both problems. 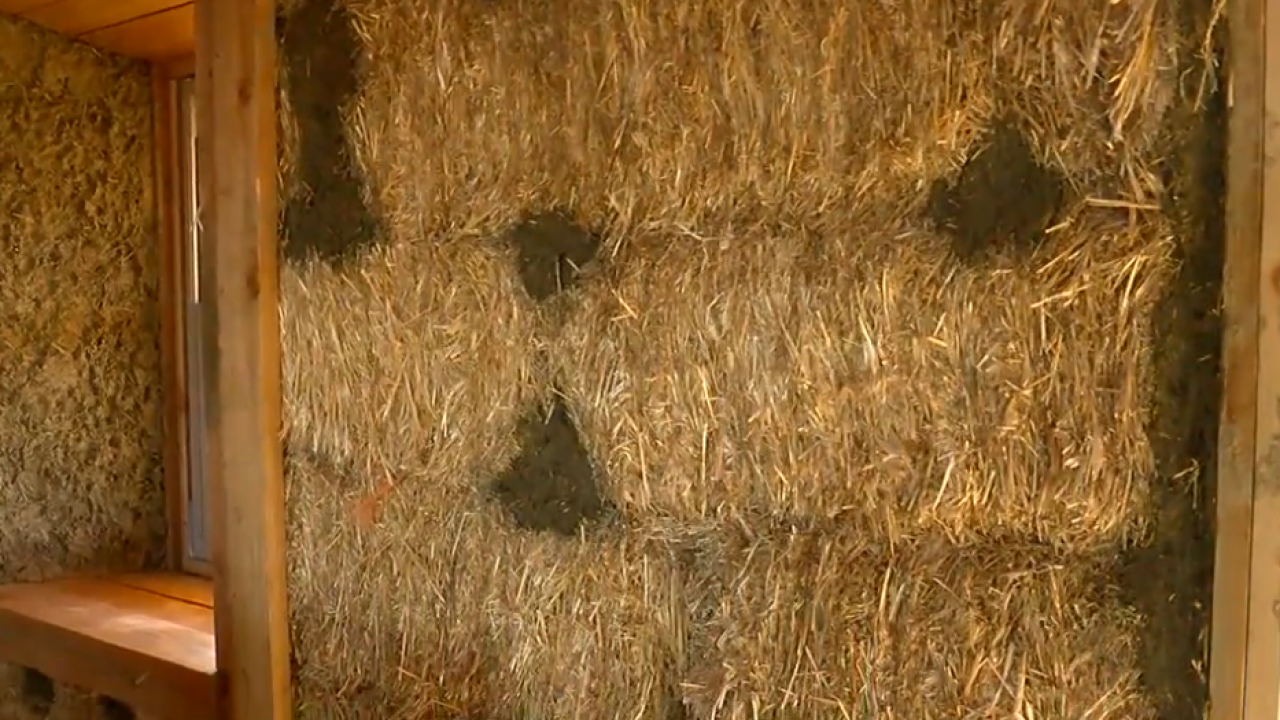 VALLEY CENTER, Calif. (KGTV) - As the dual-threat of wildfires and climate change grows, one company says an old method of home building could be the answer to both problems.

Rebecca Tasker is the CEO of Simple Construct. Her company builds homes out of straw bales.

And, yes, she's heard all of the jokes.

"I've heard every single 'Three Little Pigs' joke you can think of," Tasker says. "Some good ones, some not so good ones."

But the idea of straw bale homes is serious to Tasker.

"These homes, once they're plastered, are more fire-resistant than conventional homes," she says.

The secret is in the construction. Tasker uses high-grade straw bales that are packed solid. She says that makes them like phone books, so they smolder instead of igniting in flames. Also, the plaster her company uses to cover the walls is made from dirt, clay, and more straw. The mixture gives the homes a 1-2 hour fire-resistance rating. Most homes only get a 30-minute rating.

"The oxygen can't get in to burn," Tasker says.

In addition to the fire resistance, Tasker says the homes are environmentally friendly. The thick bales provide a two-foot layer of natural insulation. That blocks sound to 50 decibels. It also keeps the warmth in during the winter and the heat out during the summer.

"We're actually sequestering carbon in the walls," she says of the process. "We're helping to reverse climate change with these buildings. And as people start to put those two things together, we're getting a lot of business."

Tasker says straw homes have been around for more than 100 years and came to California in 1996. Now, she estimates more than 60 are in use in San Diego County.

She says the size of the bales can be a drawback, as it takes up valuable square footage on smaller lots. She also doesn't recommend building any higher than two stories.

As for bugs or rodents, Tasker says they can't get into the walls because of how densely packed the bales are.

Even the interior walls, which are typically made from traditional wood and studs, are packed with the straw/clay mixture.

The construction price is comparable to conventional homes with similar insulation and efficiency ratings. Tasker thinks the idea will catch on as more people become more aware of the way these homes can help the planet.

As for the little pigs jokes, she wrote a book called "The Story of the Fourth Little Pig." She uses it when she makes presentations to schools and children's' groups to help explain the concept.