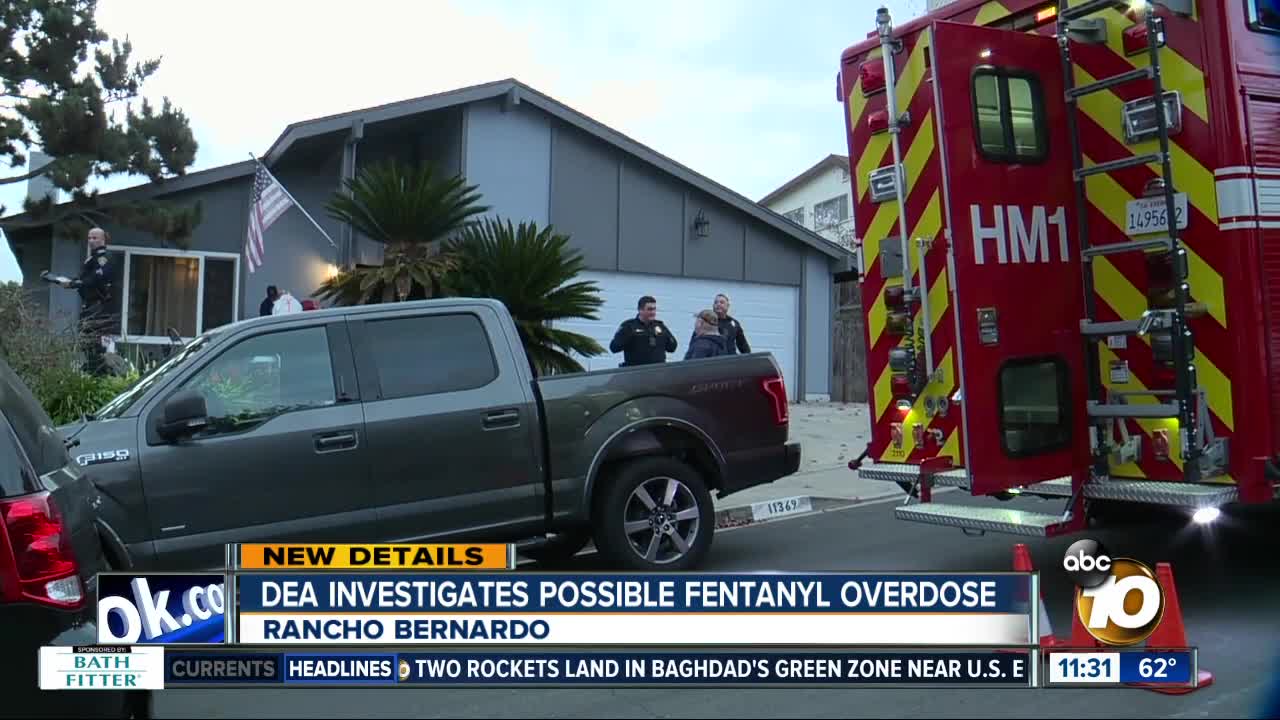 A unit is dedicated to fentanyl cases. 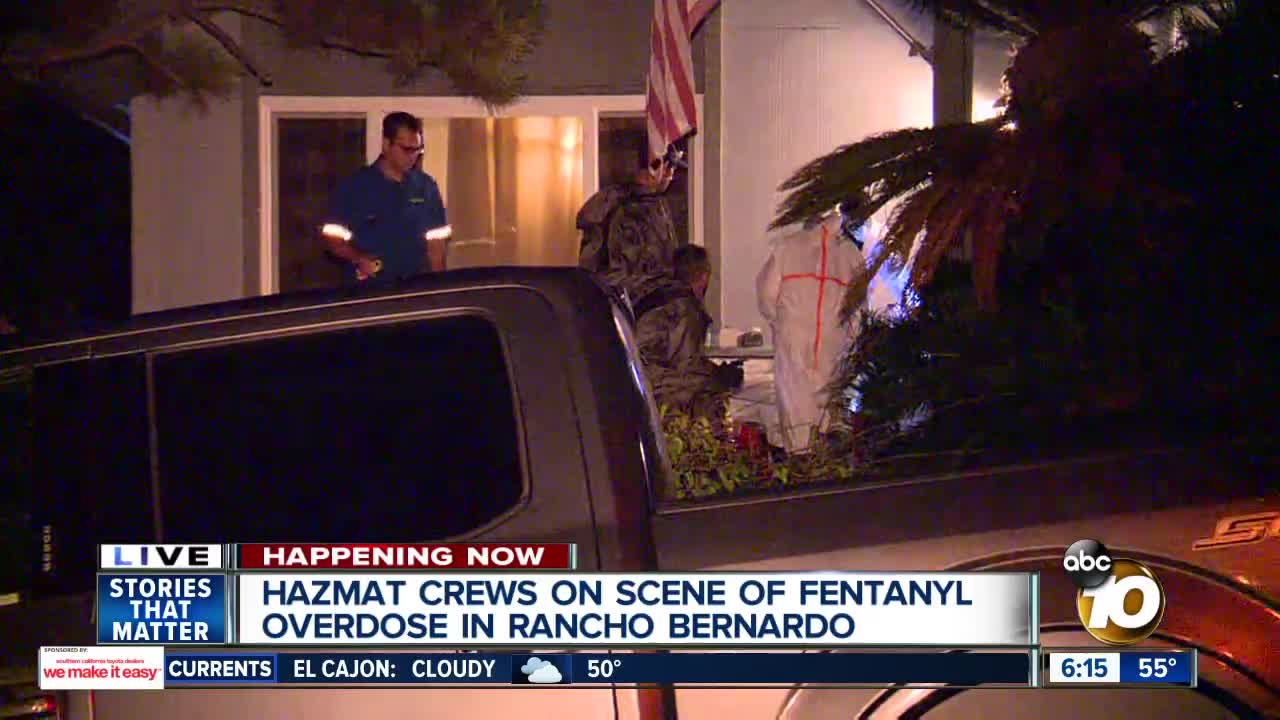 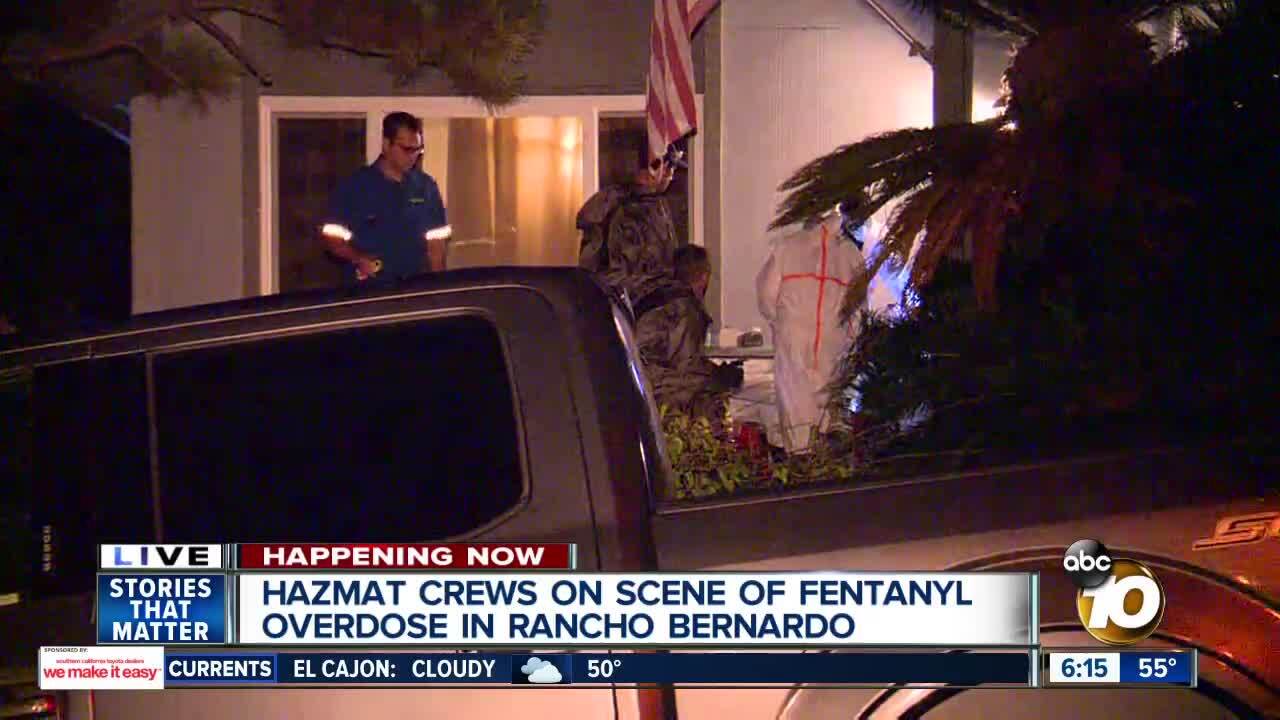 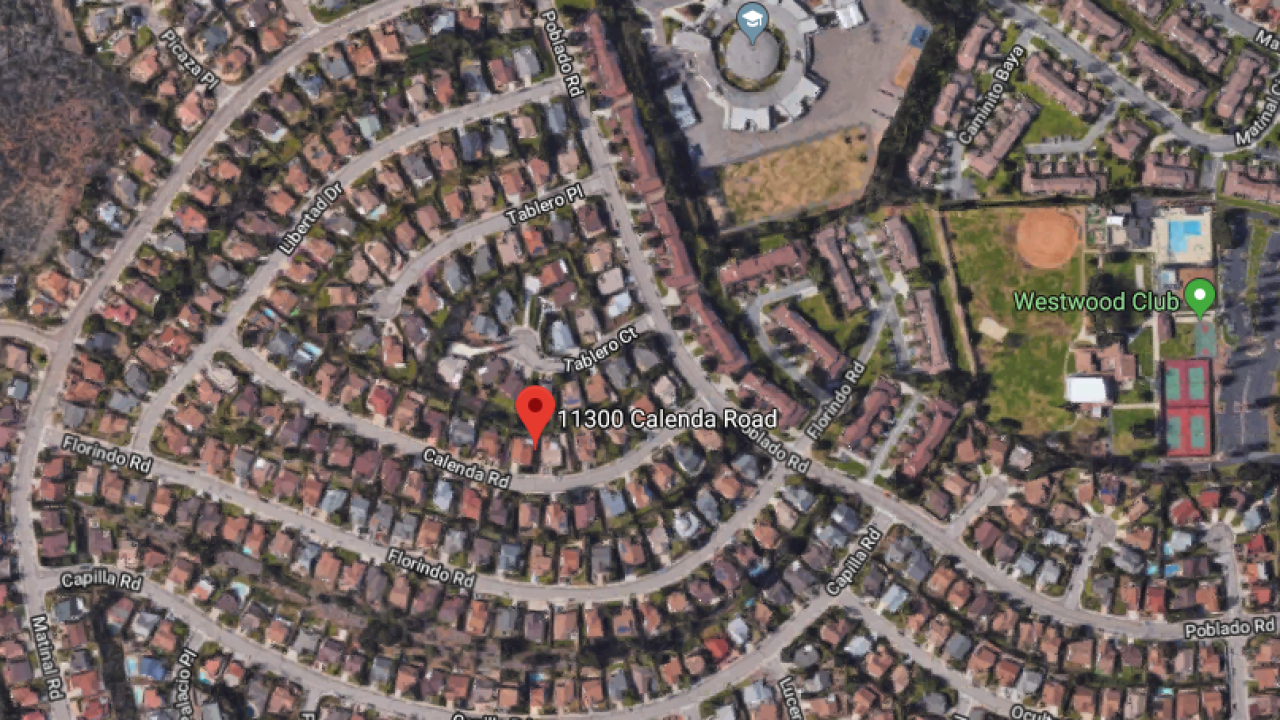 Crews responded at around 4 a.m. to calls of an overdose at a residence at 11300 Calenda Road located a few blocks from Westwood Elementary School.

First responders discovered an unconscious 27-year-old male. The victim was declared deceased at the scene, according to San Diego County Sheriff's Office officials. Neighbors told 10News the man lived at the home with his parents.

While at the scene, our 10News crew saw a woman being escorted out of the house and placed in an ambulance. It’s still unclear how she’s involved.

The San Diego County Medical Examiner will identify the man and confirm his cause of death.