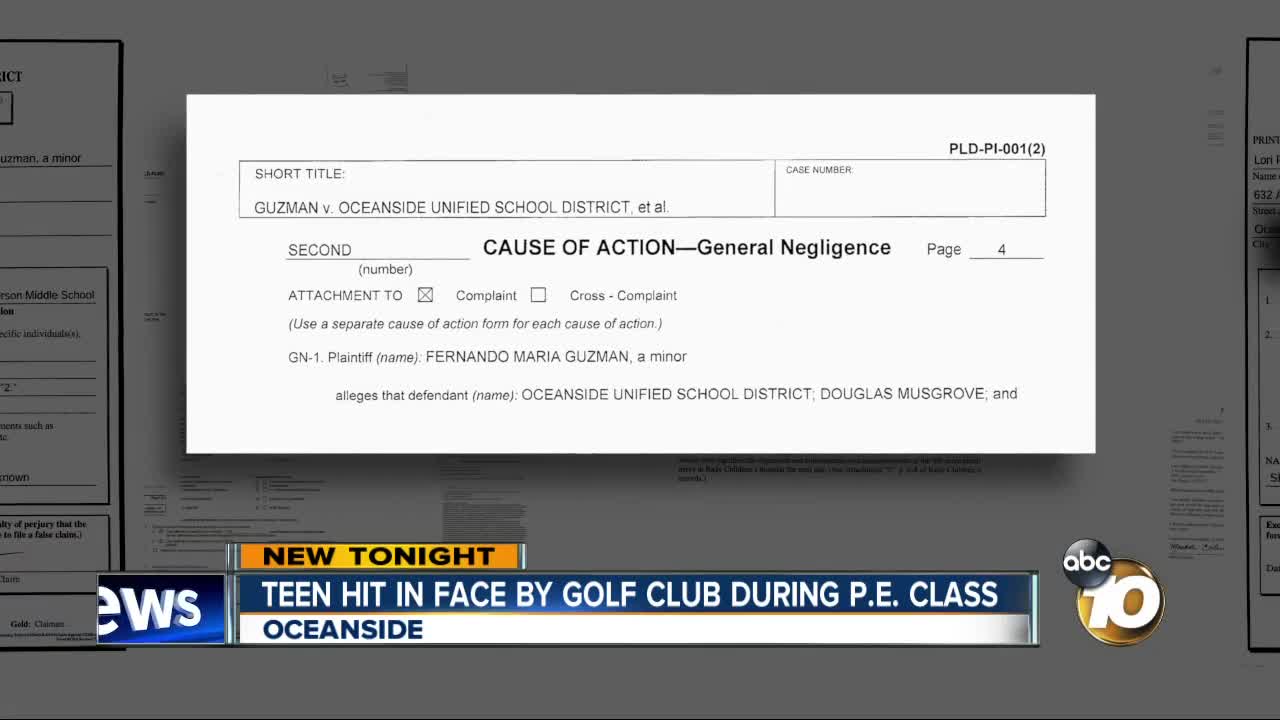 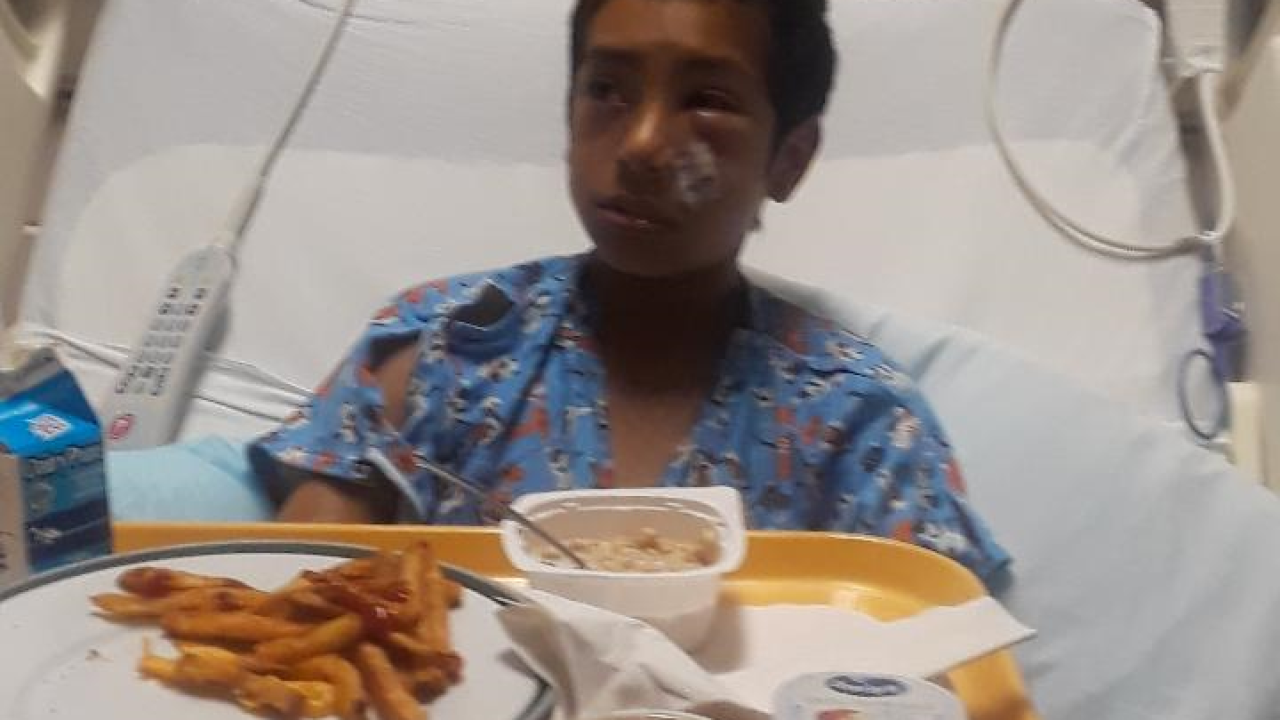 OCEANSIDE, Calif. (KGTV) -- A family is engaged in a legal battle with the Oceanside Unified School District after their son was injured during PE class.

Fourteen-year-old Fernando Maria Guzman, who is now a freshman in high school, was hit by a golf club in the face and needed surgery. The incident happened on May 15, 2019, during his PE class at Jefferson Middle School.

Fernando was struck on the left side of his face by a golf club swung by another student during one of the lessons.

The family is accusing the district of negligence, and court documents claim the students were spaced too close to each other for the golf exercise. It also claims the students were not adequately supervised and reasonable safety precautions were not enforced.

The incident left the teen with a scar on his face. He also said that the left side of his face feels “tighter” than the other, adding there was some metal implanted into his cheek. He also said his vision was impacted.

A spokesman with Oceanside Unified School District sent 10News the following statement: “Following an investigation, staff determined the incident was a very unfortunate accident with no malicious intent. At the time of the accident, we followed all protocols, providing medical attention to the student, immediately notifying the parents, and contacting 911 to transport the student to the hospital. While we recognize that all play and physical education comes with a certain level of risk, student and staff safety is our utmost priority.”

The district has rejected the claim filed in court.

The family’s attorney said they’ve now filed a complaint, the initial step leading up to a lawsuit. They expect the district to be served with the complaint soon.