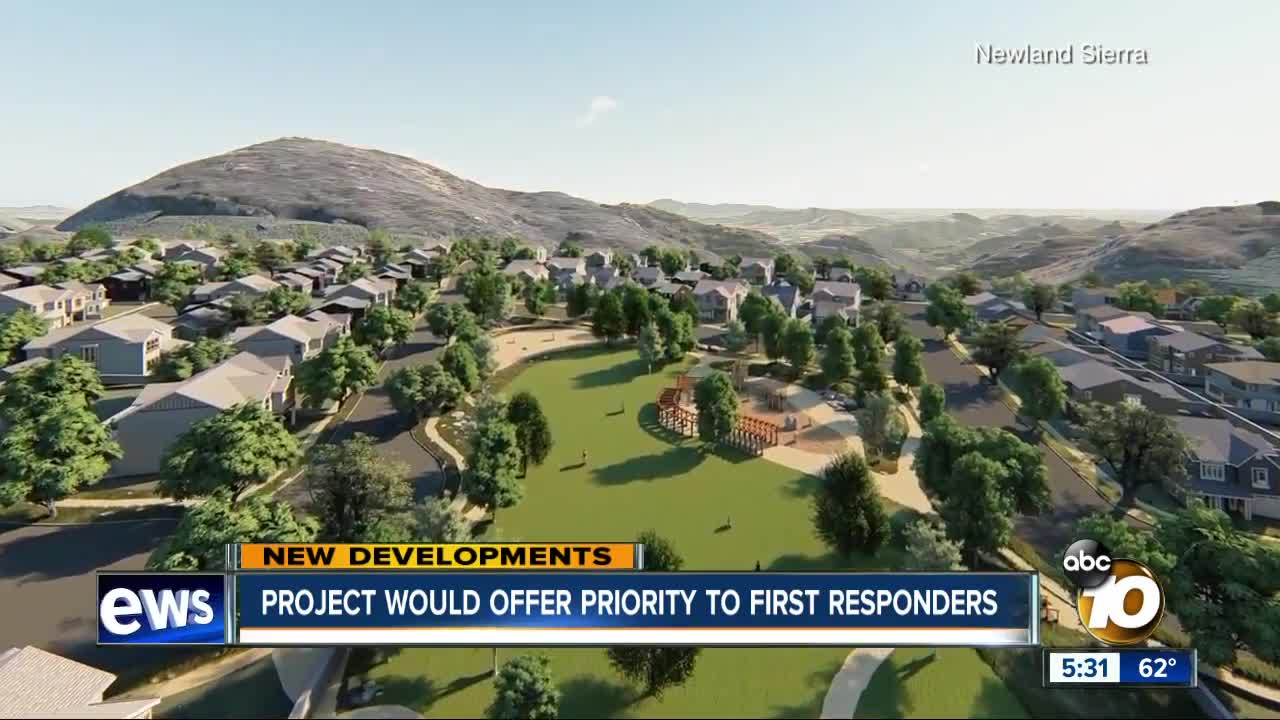 The developer of the proposed Newland Sierra project is promising to prioritize 500 new homes to first responders, military, veterans and teachers. 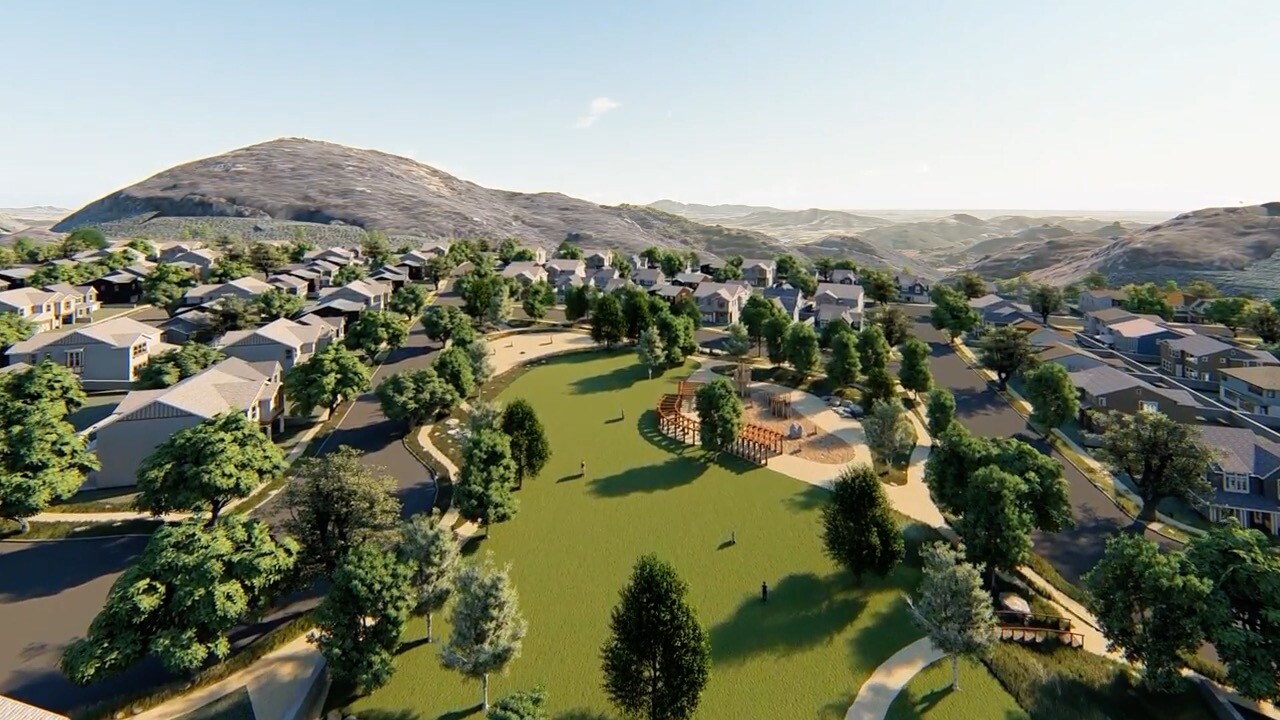 (KGTV) - The developer of the proposed Newland Sierra project is promising to prioritize 500 new homes to first responders, military, veterans and teachers.

The commitment was enough to earn the controversial development the endorsement of San Diego Police Officers Association on Monday.

It's the third major public safety organization to endorse the plan, which heads to voters countywide in March. CalFire Local 2881 and the San Diego County Deputy Sheriff's Association are already backing the project.

"Projects like this that are building those middle-income houses, especially the ones that prioritize us, we're going to support them," said Jack Schaeffer, president of the Police Officers Association.

Newland Sierra calls for 2,135 new homes in supply starved San Diego County. The County Board of Supervisors approved the project in September 2018, but a group of nearby residents and the Golden Door Spa nearby gathered enough signatures to send it to a countywide vote.

RELATED: Voters could have final say over massive (and not so massive) backcountry developments

"There could have been ways that things could have been worked out with Newland, but they basically wanted to build this entire new community the size of Del Mar without taking into account any of the surrounding residents," said Christopher Garrett, the attorney representing No on Newland Sierra.

On Monday, Newland Sierra announced that it has made a commitment to first responders, military, veterans and teachers in writing. It recorded a covenant on its land deed that requires about 500 of its moderately priced homes to be prioritized for people in those roles.

"It places a legally binding covenant on the property," said Devonna Almagro, a spokeswoman for the project.

But Garrett called that an empty promise. He said it's only enforceable by the public and government if it's in the resolution that the county Board of Supervisors approved, which is heading to voters.

"It’s a recorded document and it is now a restriction on the property," he said. "We can't just amend over it."

The covenant will last for 10 years, as long as the project moves forward.