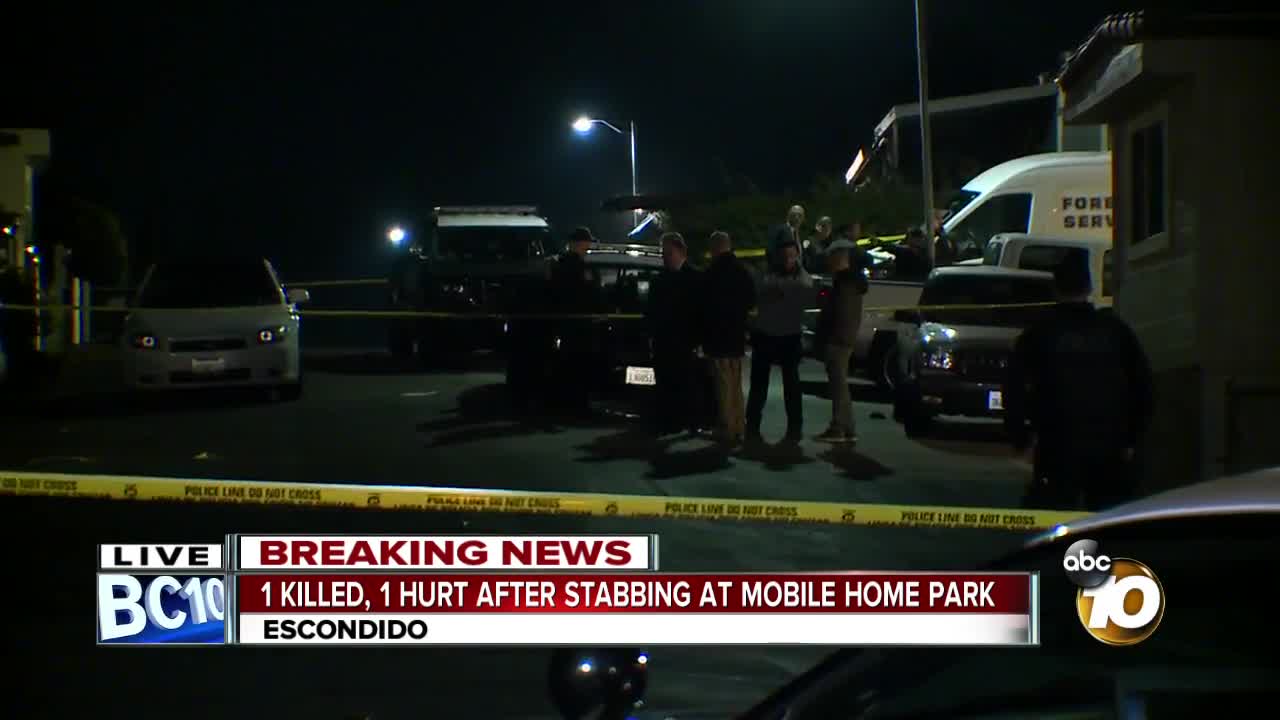 Police say a get together at a mobile home ended in a deadly stabbing in Escondido.

ESCONDIDO (CNS) - Two men were stabbed, one fatally, in a gang-related attack at a mobile home park in Escondido and the suspects were at large Saturday morning.

The stabbing occurred at 8:30 p.m. Friday in the 500 block of West 15th Avenue near the Centre City Parkway when two men in a black Toyota sedan arrived at the location and began arguing with the victims. At one point in the argument, one of the suspects pulled out a knife and stabbed both victims, according to Lt. Chris Lick of the Escondido Police Department.

The victims, ages 30 and 25, were rushed to a hospital where the older man died and the younger man was listed in stable condition, Lick said.

The suspects left the area in an unknown direction. A detailed description of the suspects was not immediately available.

Anyone with information about this killing was asked to call the Escondido Police Department at 760-839-4722.

Anonymous tips can be called in to 760-743-8477 or submitted online at police.escondido.org.