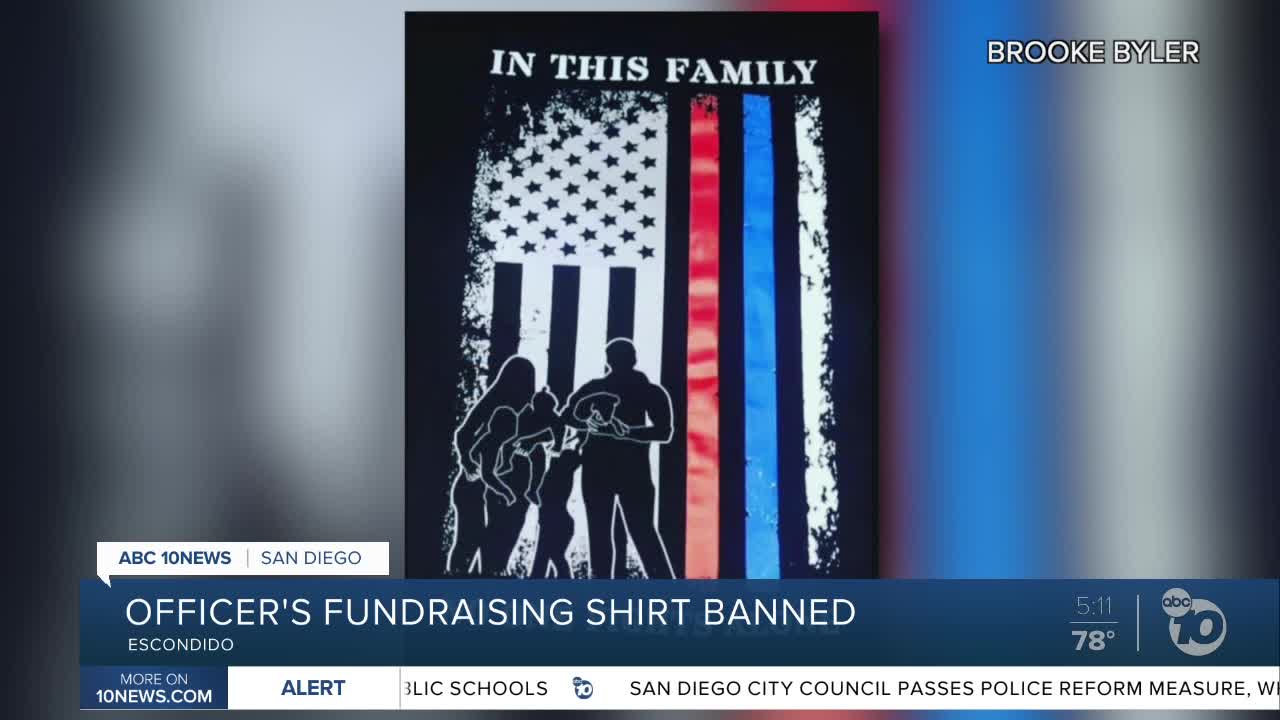 A fundraising T-shirt made for an Escondido Police Officer fighting brain cancer was banned from Palomar Hospital after someone deemed it racist. 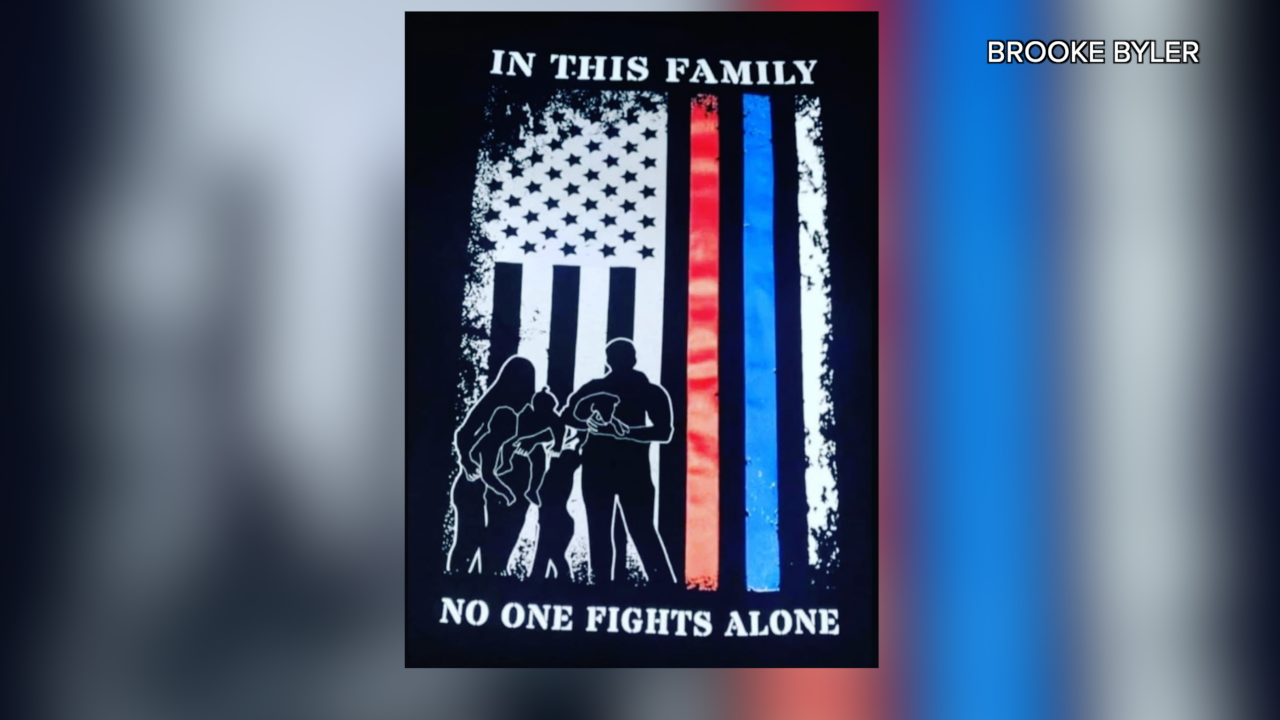 ESCONDIDO, Calif. (KGTV) — A fundraising t-shirt made for an Escondido Police officer fighting brain cancer was banned from Palomar Hospital after someone deemed it racist.

Escondido Police Officer Brett Byler, 31, seemed to have it all: a beautiful family and his dream job. But in February, his life turned upside down.

"He went for a bike ride, and he collapsed," Officer Byler's father, Jim Byler said. "He went to the emergency room, and four days later, he was having brain surgery."

The young father of three was diagnosed with glioblastoma, an aggressive form of brain cancer. Byler said the news was devastating, but the community immediately showed their support. Within days, a friend and employee at Palomar Hospital, where Officer Byler was doing rehab, asked if they could make a fundraiser t-shirt for Byler.

"I thought it was awesome. It was just an act of kindness and generosity, and it kind of overwhelmed us," Byler said, tearing up.

The friend designed an original logo with the family's silhouette in front of an American flag with red white and blue stripes, each color representing fire, medical personnel, and police.

Byler said it was a big hit. Along with the Gofundme, it raised a lot of money, and hospital staff wore the T-shirt for months.

"Everything was good, and then we found out that the shirt was being characterized as something that it was clearly never intended to be," Byler said.

According to Palomar Hospital, a patient and staff member recently reported that the shirt was racist and that they were offended by it. The blue line in a similarly designed shirt has caused national controversy in recent months, where some have interpreted it as "Anti-Black Lives Matter." So the hospital asked staff wearing the shirt on-duty, to take it off immediately. The Bylers said they were appalled.

"It's so upsetting that such a positive, unifying message morphed into and mischaracterized into something that is so hateful," Jim Byler said.

A hospital spokesman told ABC 10News that they support Officer Byler. But they acted within their dress code. Part of it reads:

"Any clothing item is inappropriate for the workplace if... it provokes, alarms, offends, or disparages those whom employees are serving or others with whom they interact."

The Byler family said they are fighting that accusation.

"The hospital is just hiding behind this policy," Byler said. "This has nothing to do with pro- or anti-police. We're not trying to rope ourselves in any of the political issues that are going on. Or focus on our son, his wife, and his three beautiful daughters."

The Byler family said they hope to clear up the misunderstanding and come to a resolution with the hospital soon.