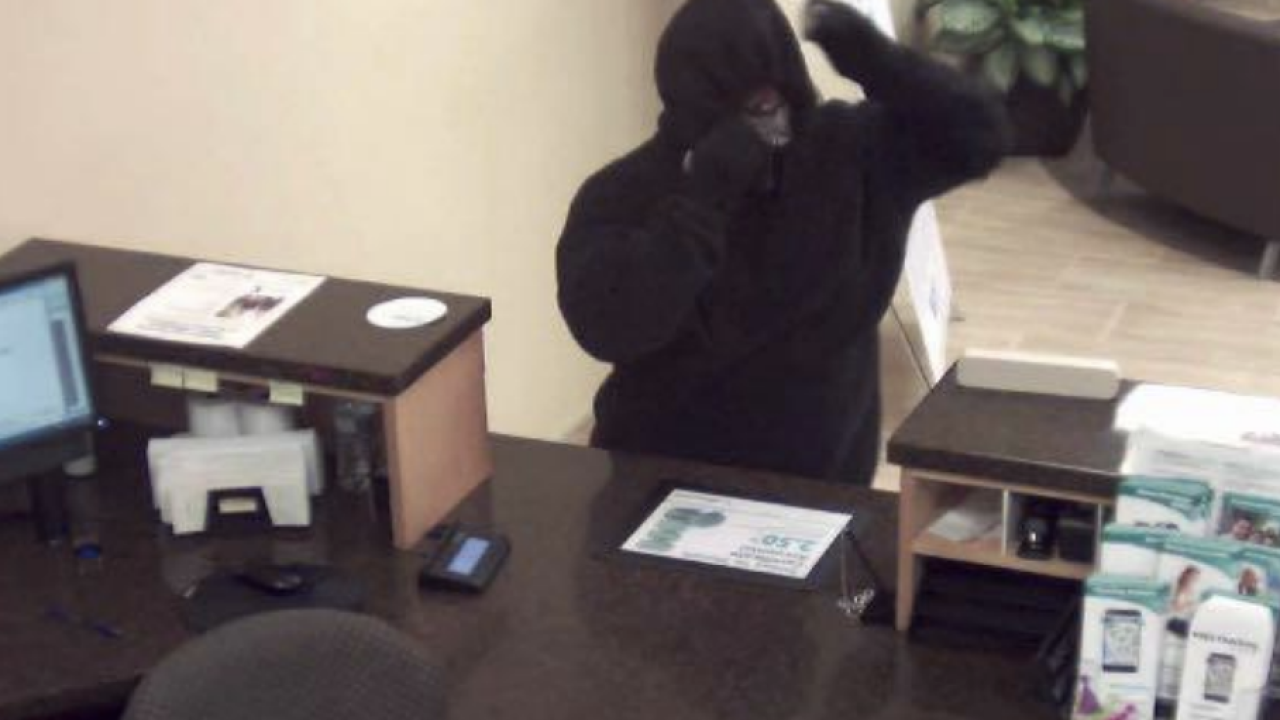 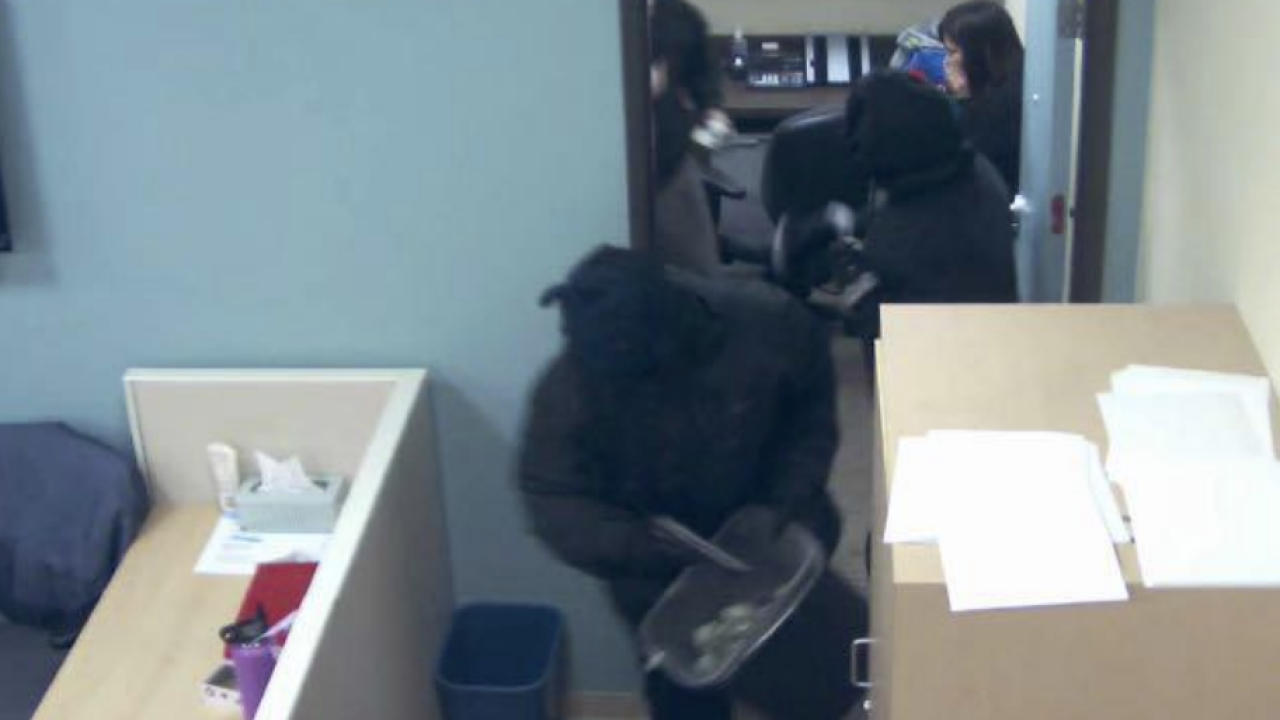 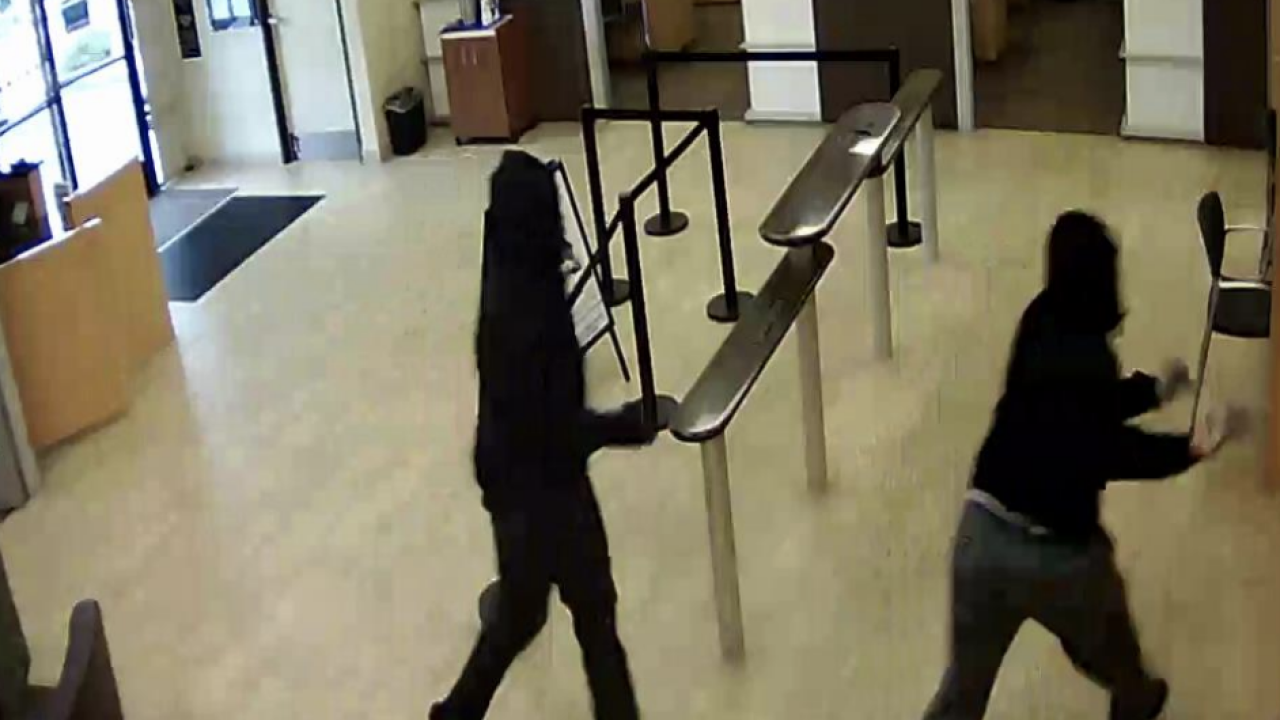 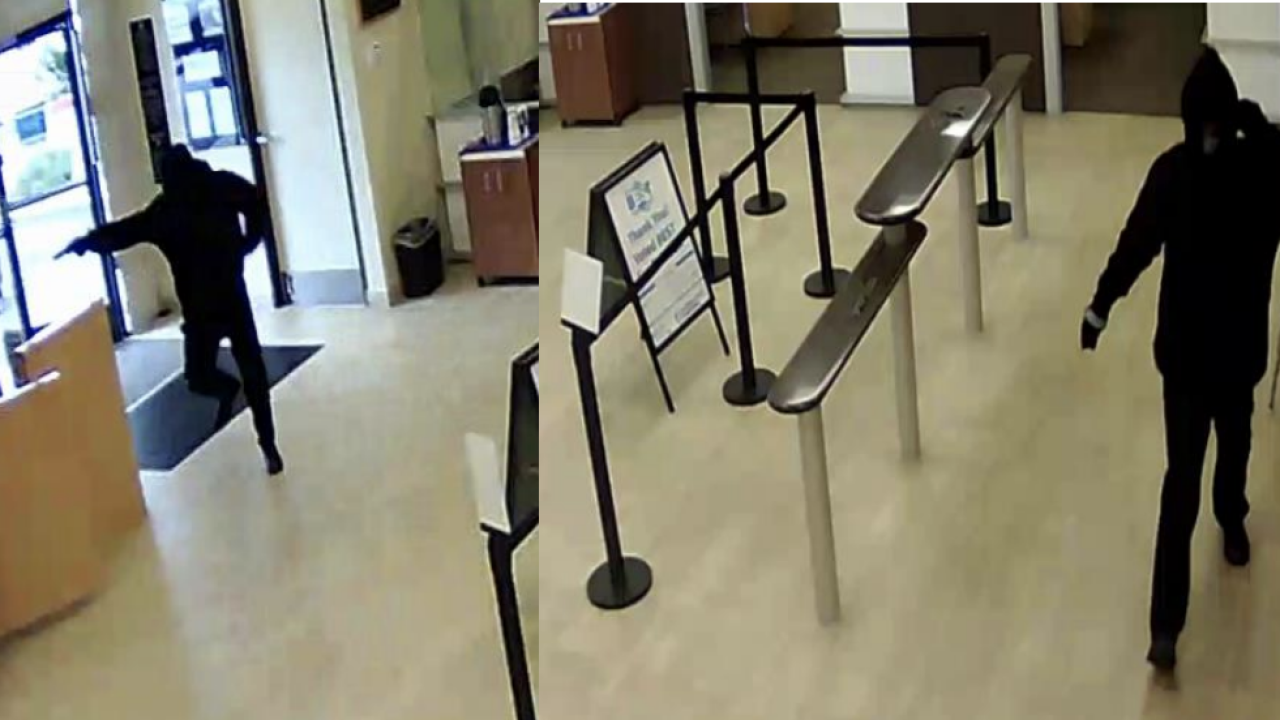 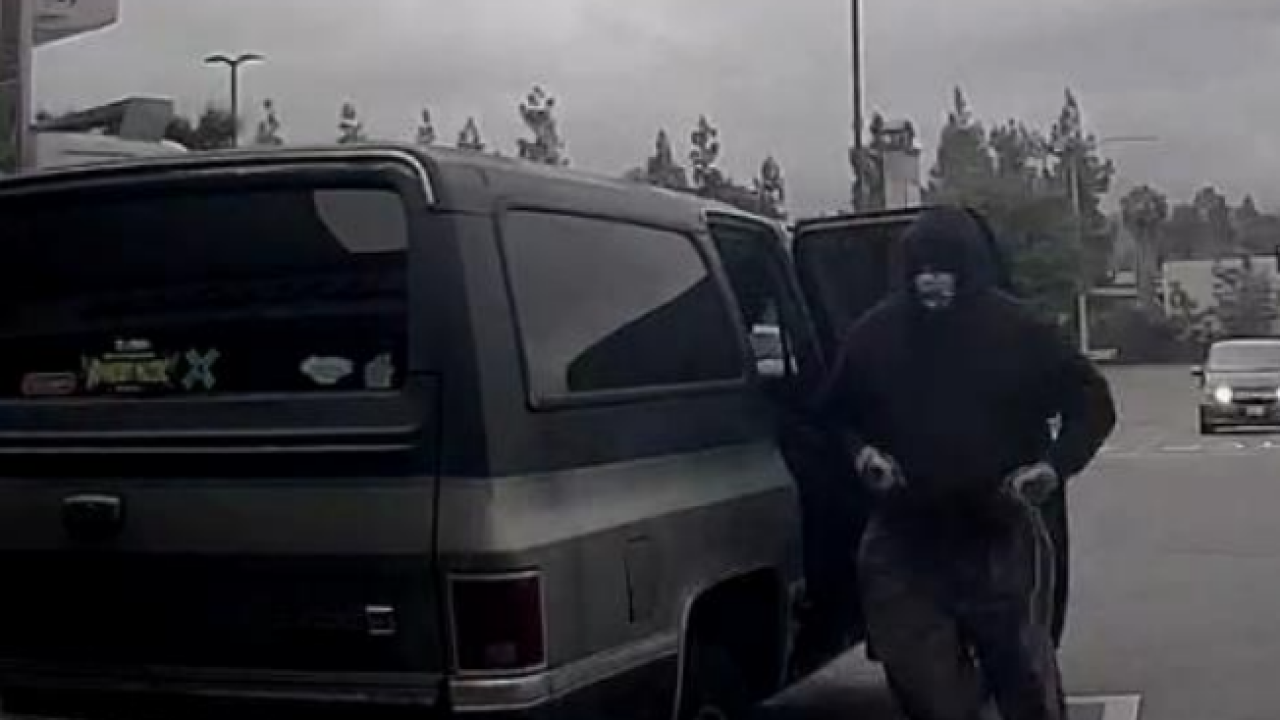 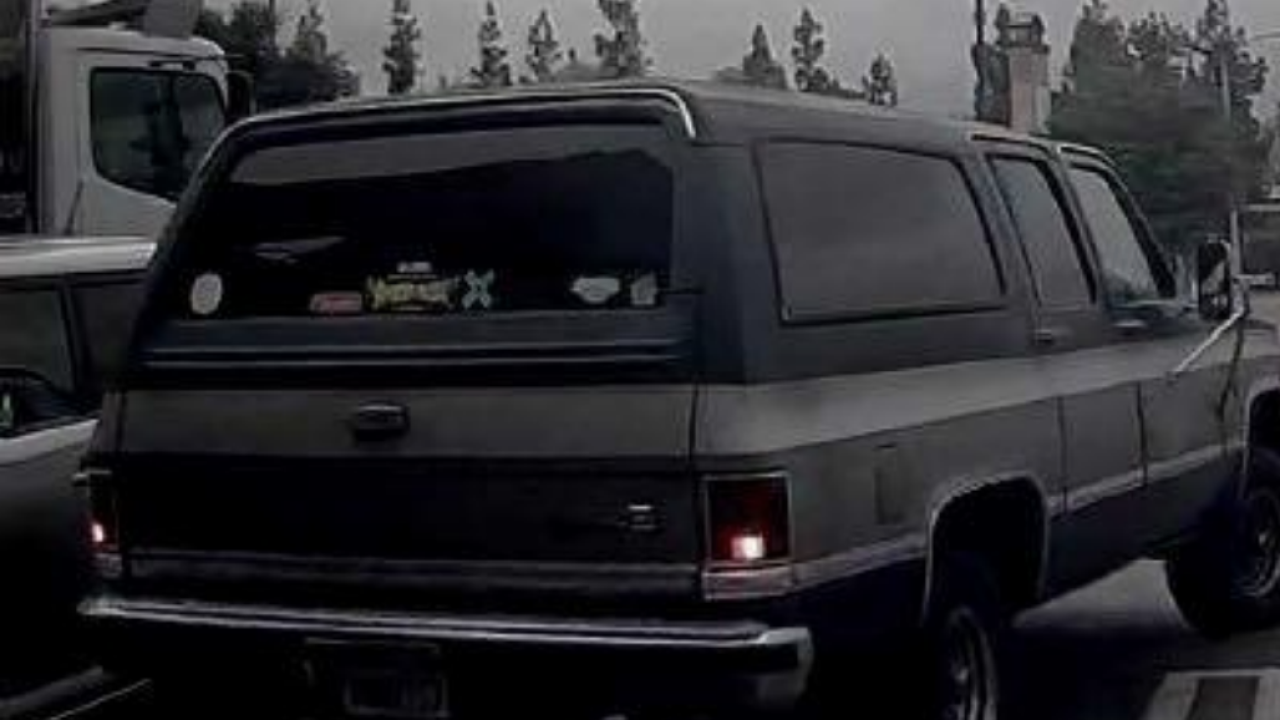 The takeover-style robbery happened just before 10 a.m. on May 23, according to FBI Special Agent Davene Butler.

The group backed an SUV against the front doors of the San Diego County Credit Union, 1875 S. Centre City Parkway, and went inside the bank.

Investigators said the men were wearing masks and displayed handguns, ordering employees to lie on the ground, the FBI reported. Two of the men pointed their guns at different employees and demanded access to the vault.

Once inside the vault, the men used trash cans to collect cash before leaving the area.

The men drove south in a 1980s Chevrolet Suburban, which had been reported stolen earlier in the week.

A reward of $5,000 is available for tips leading to an arrest.