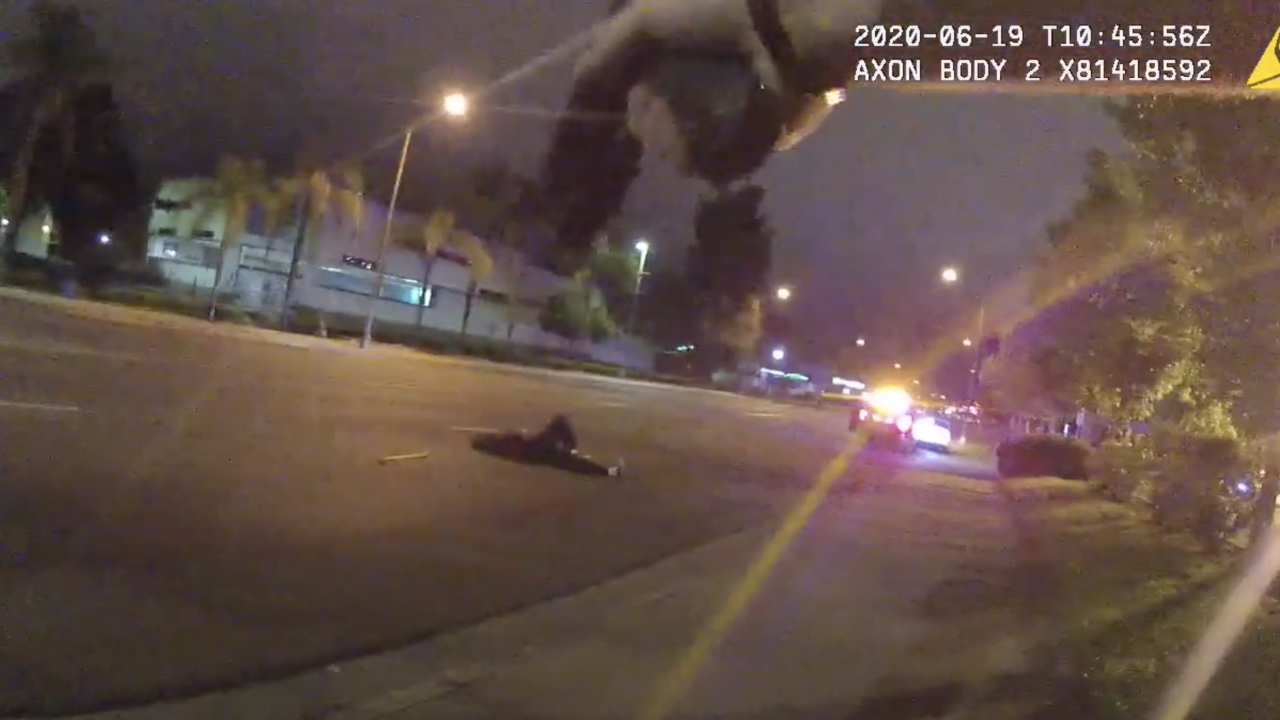 EPD says the incident started with a 911 call about a restraining order violation at about 3:30 a.m. on Broadway near Washington Avenue on June 19. In the call, a woman said her former husband, 44-year-old Rosendo Sandoval Quezada, was at her home and she identified his vehicle.

Officers were initially called to a home in the 300 block of Park Avenue, but an officer spotted Quezada's reported vehicle near Broadway, where he pulled him over.

The full incident video can be viewed here.

Police say Quezada exited his vehicle holding a 3-foot-long crowbar and ran toward the officer, identified as "Officer Hamilton." The officer said Quezada was yelling something similar to "just kill me, I want to die" as he charged him.

Police say the officer continued to tell Quezada to stop before he fired one round from his service weapon when he came within a few feet of him. Quezada reportedly paused and continued toward the officer, police say.

The officer attempted to fire a second round, but his gun malfunctioned, according to police. After he cleared the round and continued commands to stop, the officer fire three more rounds and Quezada fell to the ground.

Police say the officer had backed away a total of 83 feet before firing the three rounds from his weapon. The officer didn't activate his body-worn camera until after he fired the rounds, police said, after saying the officer's camera was active during the shooting.

A nearby Immigration and Customs Enforcement agent who was filling out paperwork in his vehicle witnessed the event unfold and assisted in the arrest, according to police.

Quezada was taken to a nearby hospital in stable condition. He was arrested for assault with a deadly weapon on a peace officer.

EPD Chief Ed Varso said an investigation into the shooting is currently underway by the department's crimes of violence unit and an independent review of the case will be conducted by the San Diego County District Attorney's Office, U.S. Attorney's Office, and FBI.

An internal review will also be completed, Varso said.