Escondido family clones dog they credit with saving their lives 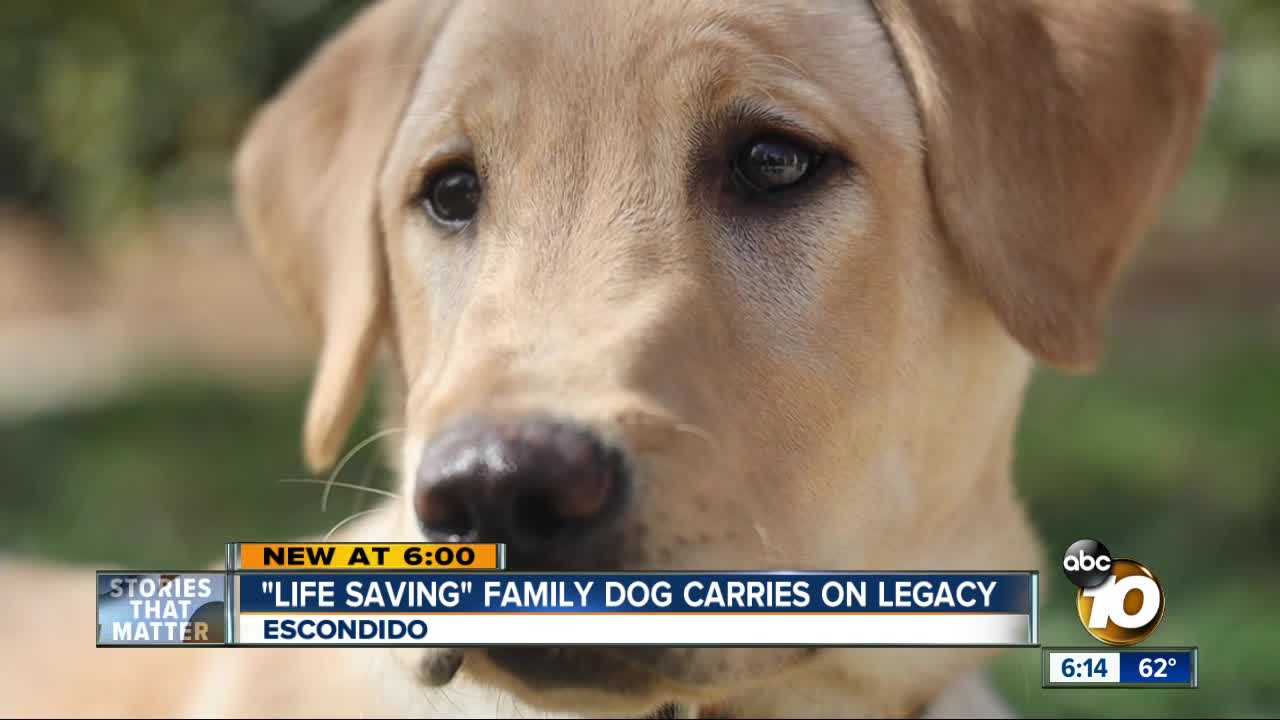 SAN DIEGO (KGTV) — An Escondido family credits their dog for saving their life while on a hike. So it only makes sense that after 12 years, they weren't ready to say goodbye after their dog died.

So David and Alicia Tschirhart found another way to keep "Marley's" memory alive.

Enter Viagen, a company that offers cloning services for pets. The technology is the same used to famously clone Dolly the sheep in 1997.

The result for the Tschirharts is a Labrador named "Ziggy," with uncanny similarities to Marley, the family told 10News reporter Matt Boone.

"They have the same personality, they play the same, they favor the same toys," said Alicia Tschirhart.

The cost for Viagen's services are listed online for dogs at $50,000 and cats at $35,000. A spokesperson says they currently have a one year waiting list.

A price worth every penny for the family who says Marley saved their lives.

"This was in 2014, Marley was 12 then, Alicia was about 4 months pregnant," David Tschirhart says. "I suddenly saw Marley dart out in front of me and clawing and digging the ground where Alicia's hand was reaching."

"I just saw this really big stick and so I was focused on grabbing that, I didn't even see the snake until Marley started clawing," Alicia Tschirhart adds.

Next to the stick she was reaching for was a coiled up rattlesnake. Marley chased the snake away before disaster could strike.

Now, the growing family has Ziggy — and a piece of Marley — with them.

"I couldn't think of any better way … their years growing up … to have Ziggy around," David Tschirhart said.