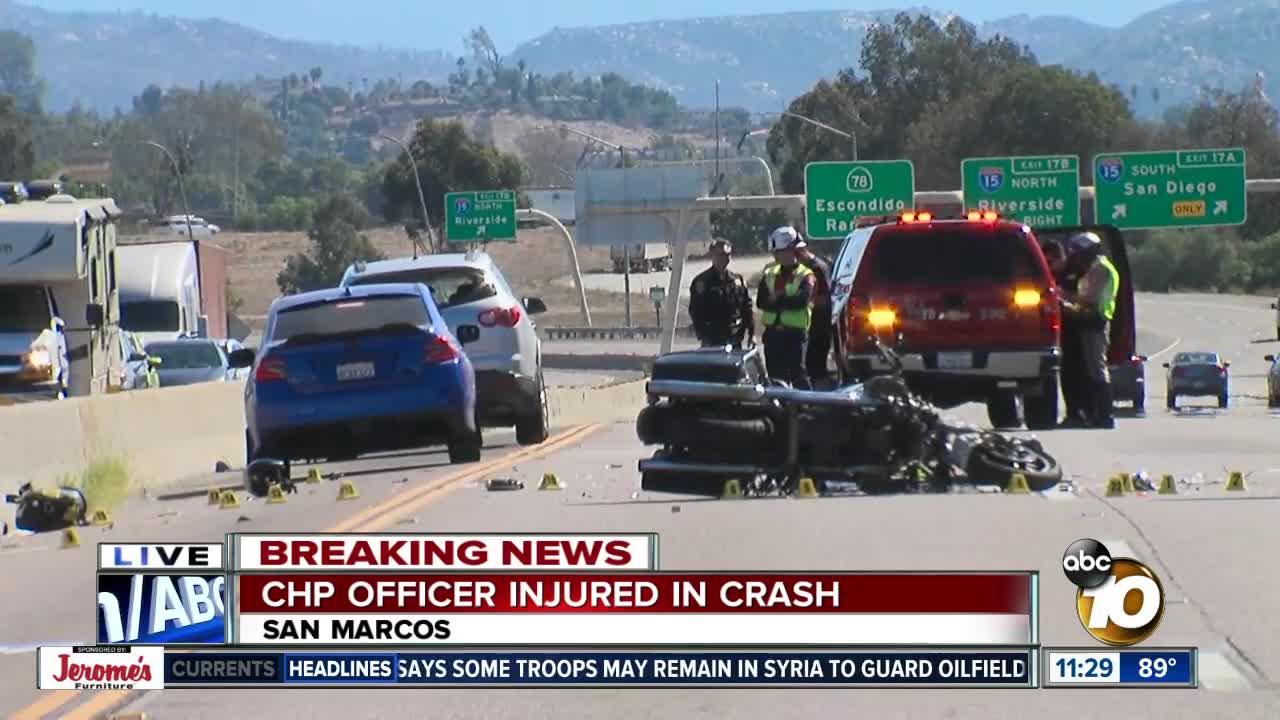 A CHP motorcycle officer was seriously injured in a collision on SR-78 at Nordahl Rd. in San Marcos. 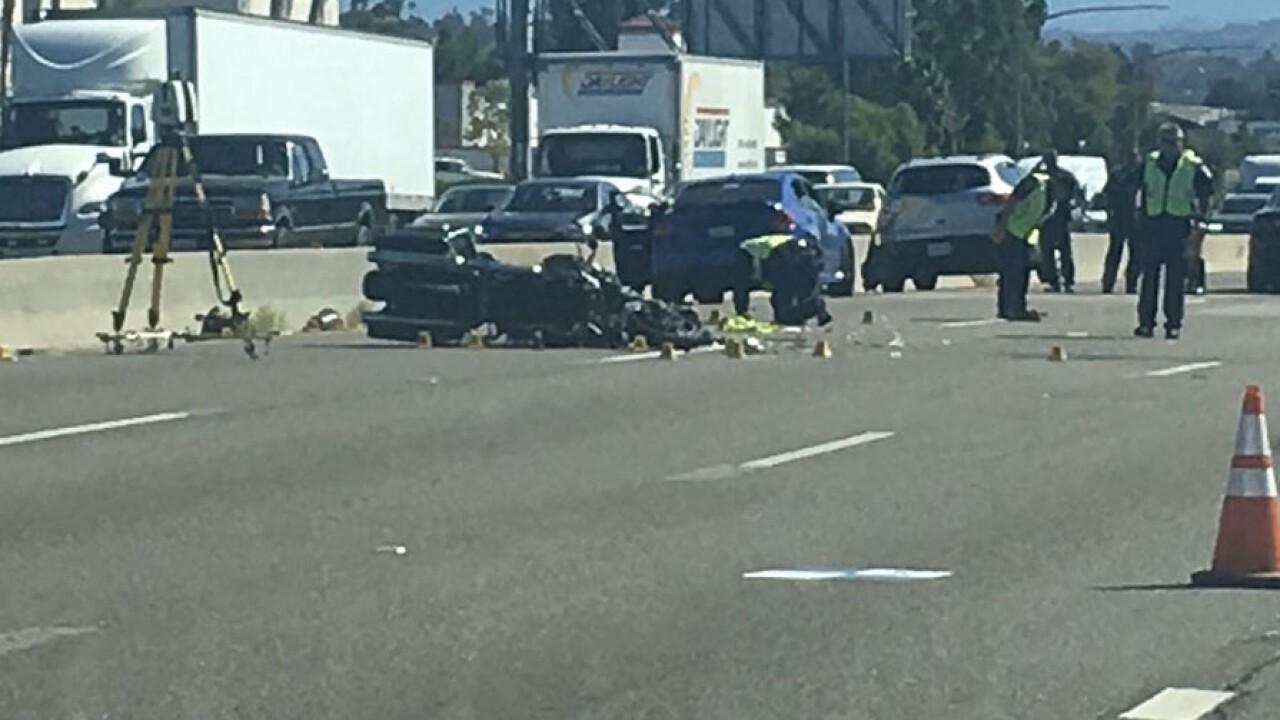 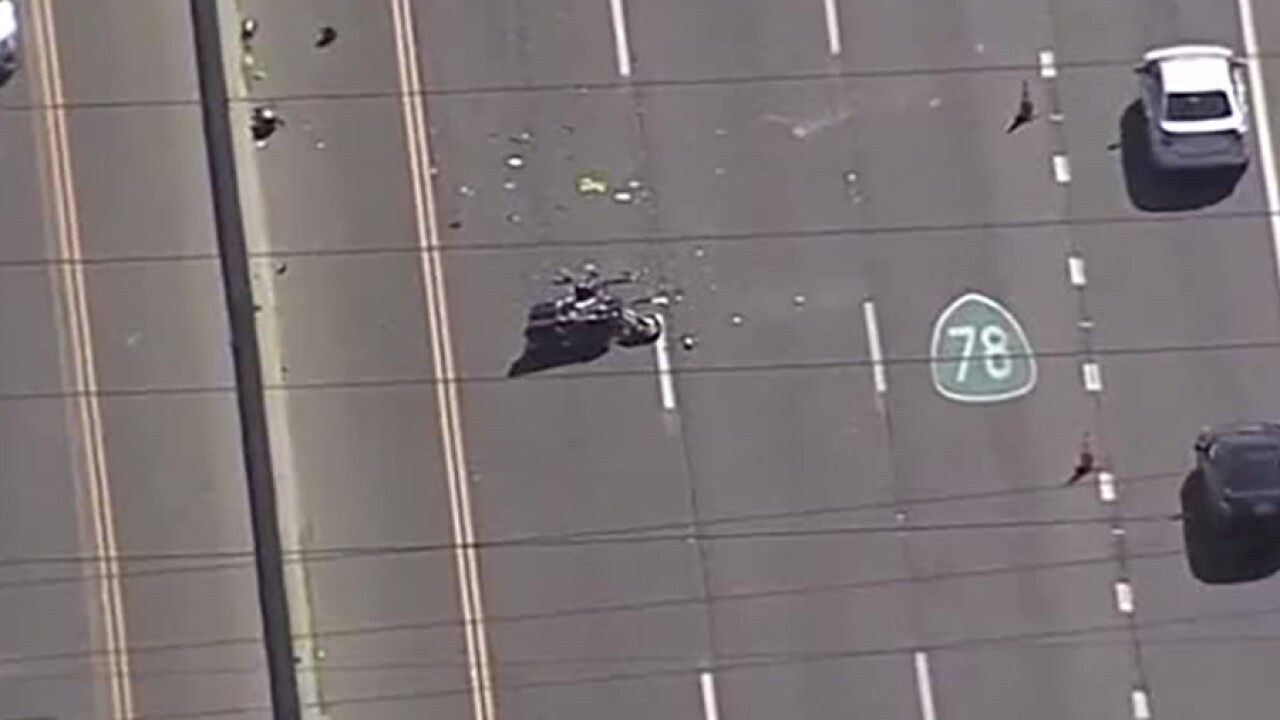 SAN MARCOS, Calif. (KGTV) – A California Highway Patrol motorcycle officer was taken to the hospital after a crash on a San Marcos-area highway Tuesday morning.

CHP officials said the crash involving a motorcycle officer and another vehicle happened shortly before 9:15 a.m. on eastbound state Route 78 near Nordahl Road.

Both drivers remained at the scene and the officer sustained major injuries to his lower body.

The crash forced the closure of multiple lanes on the eastbound side of SR-78 at Nordahl Road.

As of 4:19 p.m. Tuesday, the officer was undergoing surgery and in stable condition. The officer is a 21-year veteran of the department.