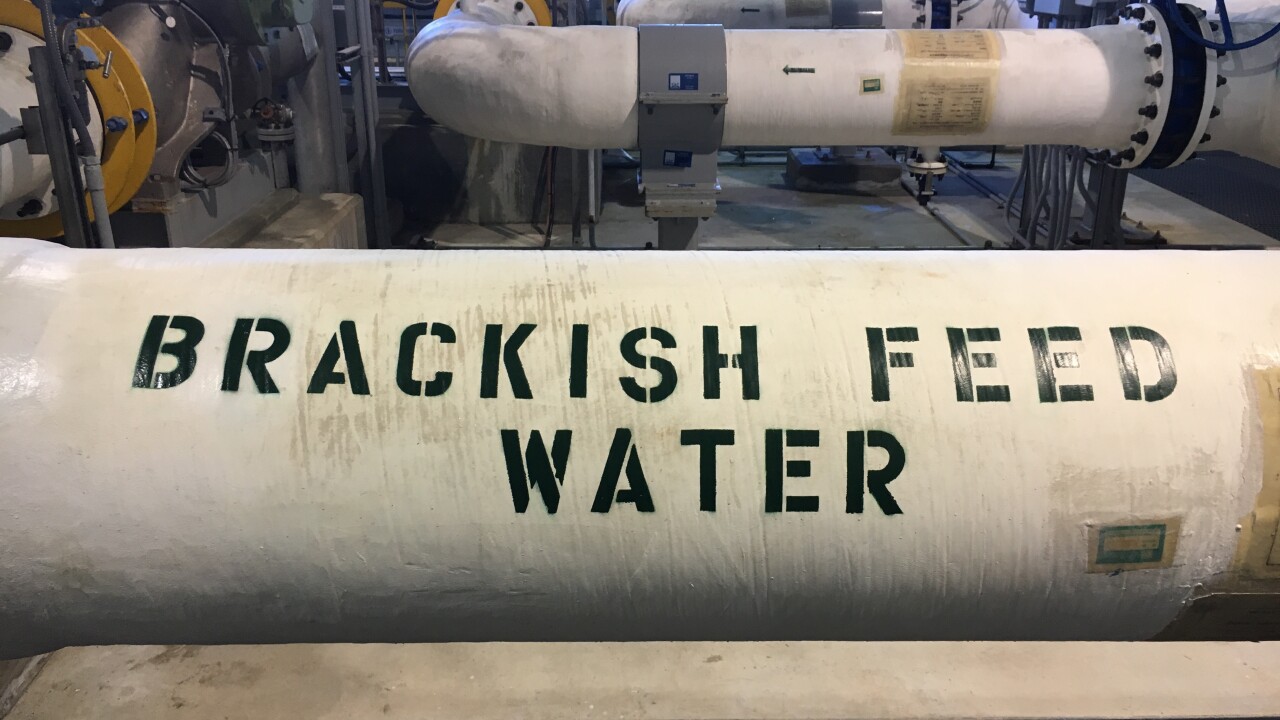 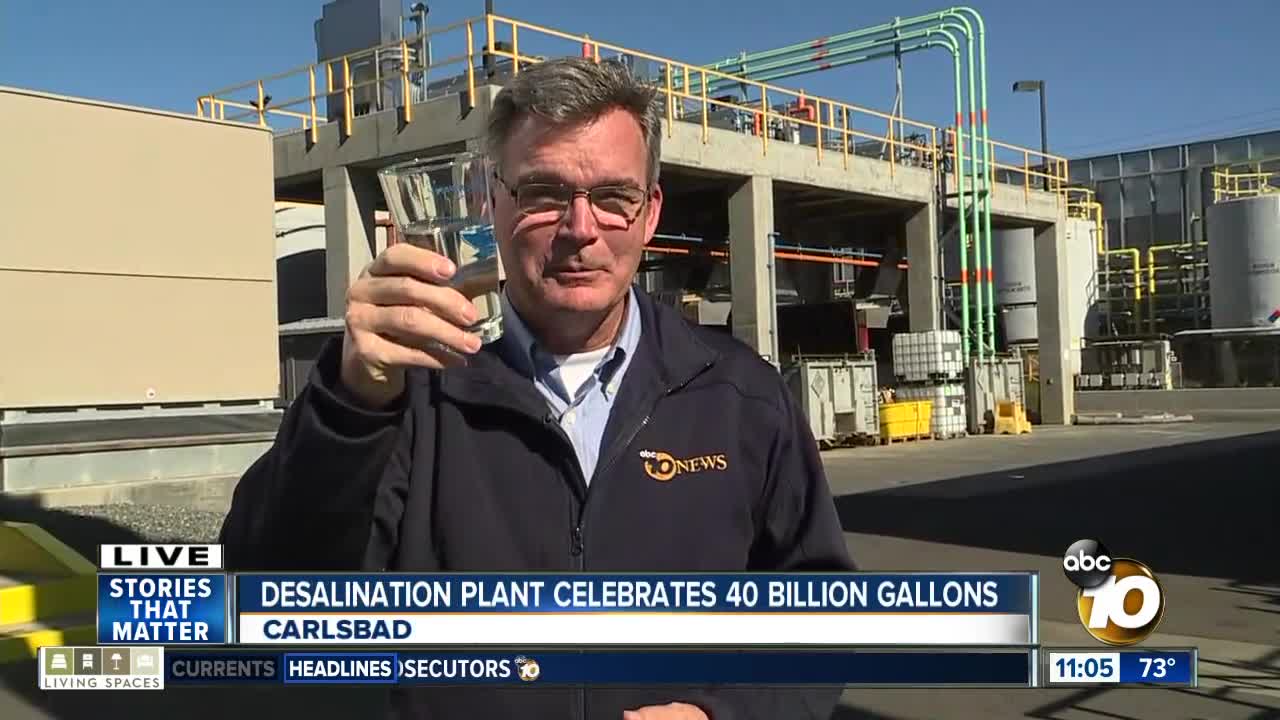 CARLSBAD, Calif. (KGTV) -- The desalination plant in Carlsbad is celebrating the production of 40-billion gallons of water since it opened three years ago.

The "watermark" being celebrated Thursday with a gathering of officials, including former U.S. Senator Barbara Boxer, Carlsbad Mayor Matt Hall and Poseidon CEO Carlos Riva. All sharing a toast with a glass of fresh water produced by the plant.

Water so clean once it passes through the reverse osmosis system, say plant officials, they have to add mineral back into it.

She said Poseidon does test for such changes but has found no measurable impacts on local salt levels or the environment. She says that is due to the way the plant dilutes and disperses its discharge water.

Poseidon now has another plant up for approval in Huntington Beach which could begin construction as soon as next year.

The plant produces 50-million gallons of fresh water a day. With twice as much extra salty water discharge as a result.