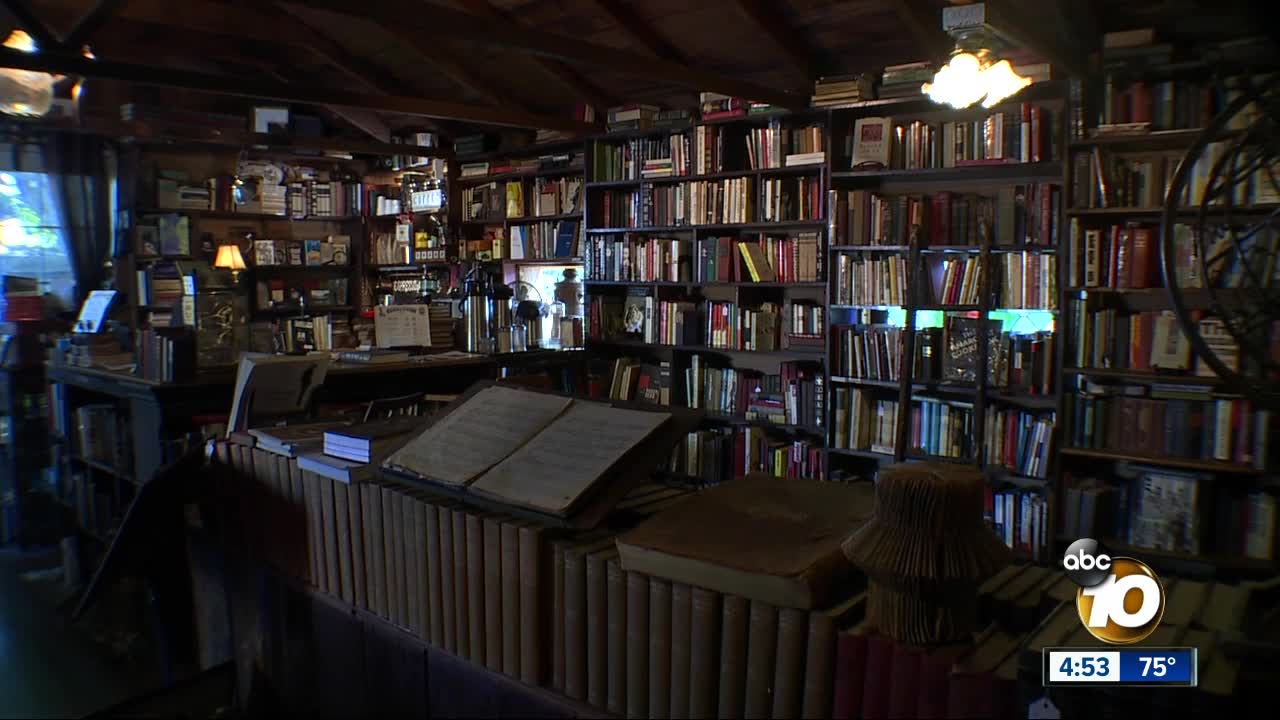 CARLSBAD, Calif. (KGTV) — Lhooq Books is the kind of place where easy reads mix with just about everything else.

Owner Sean Christopher has spent years building this collection and re-building the location.

He spent thousands of dollars turning a run down shack into an overstuffed book store, coffee bar, and community library and arts hub.

He rents the space and his home next door from the same property management company. But this fall, when he called to ask about his lease, he instead got a 60-day notice to vacate.

"It was complete and utter shock because there was not even a hint of anything wrong going on," Christopher said.

He acknowledges the owner has the right to end the lease, but 60 days to move his home and his business is overwhelming. When he asked the owner for an extension, he got an even surprising response.

"The property manager rep said do not contact him again, if you do, we consider it harassment and we'll give you a 3-day notice. But it's not personal, it's just business," Christopher says.

Christopher started a GoFundMe to help with legal fees and is asking his customers to contact the city for help. He's hopeful he can still write a happy ending to this chapter of his life.

"We're not being unreasonable," Christopher said. "I'm just trying to get a compromise, a resolution for time so that I can relocate or get out without going, without maxing out my credit cards and going bankrupt or possibly homeless and bankrupt."