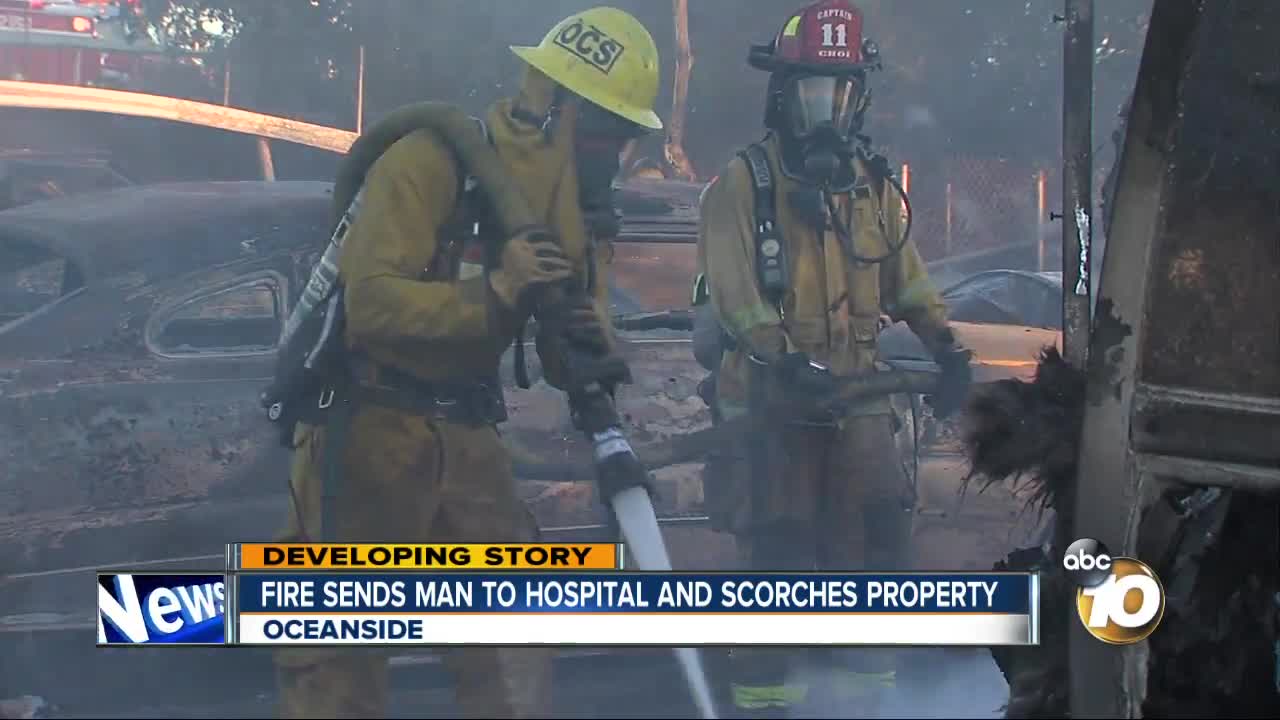 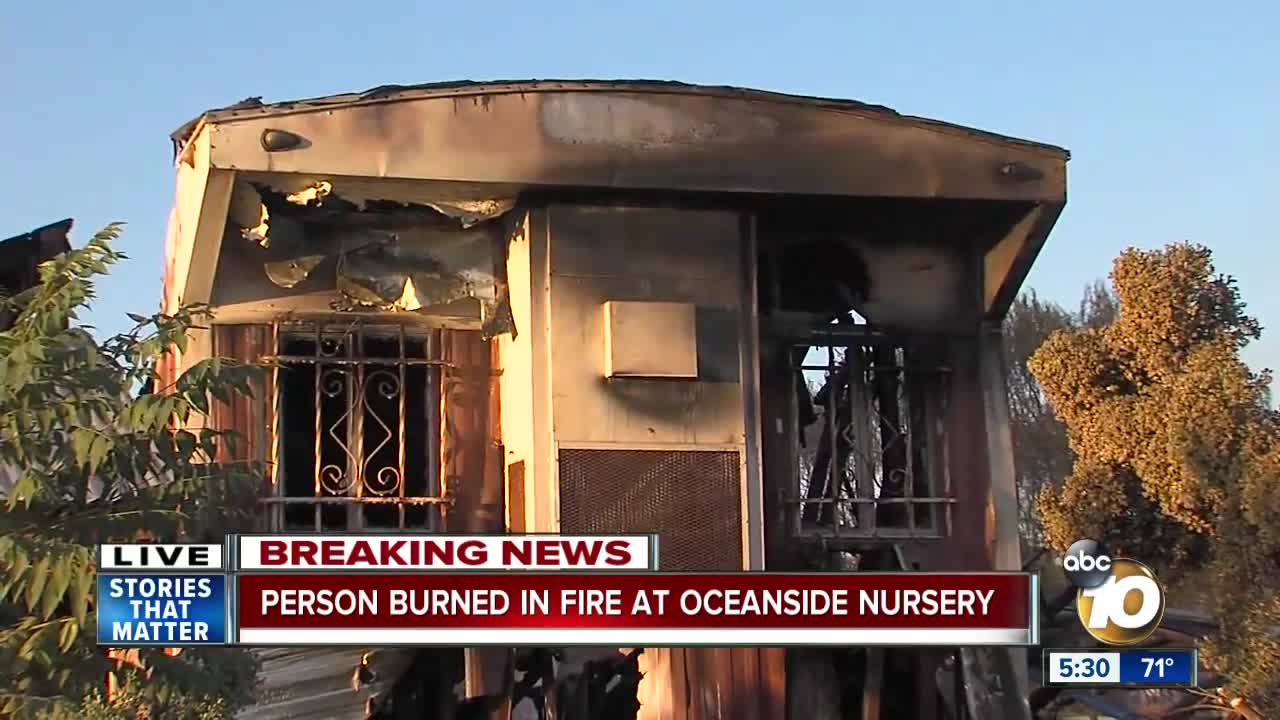 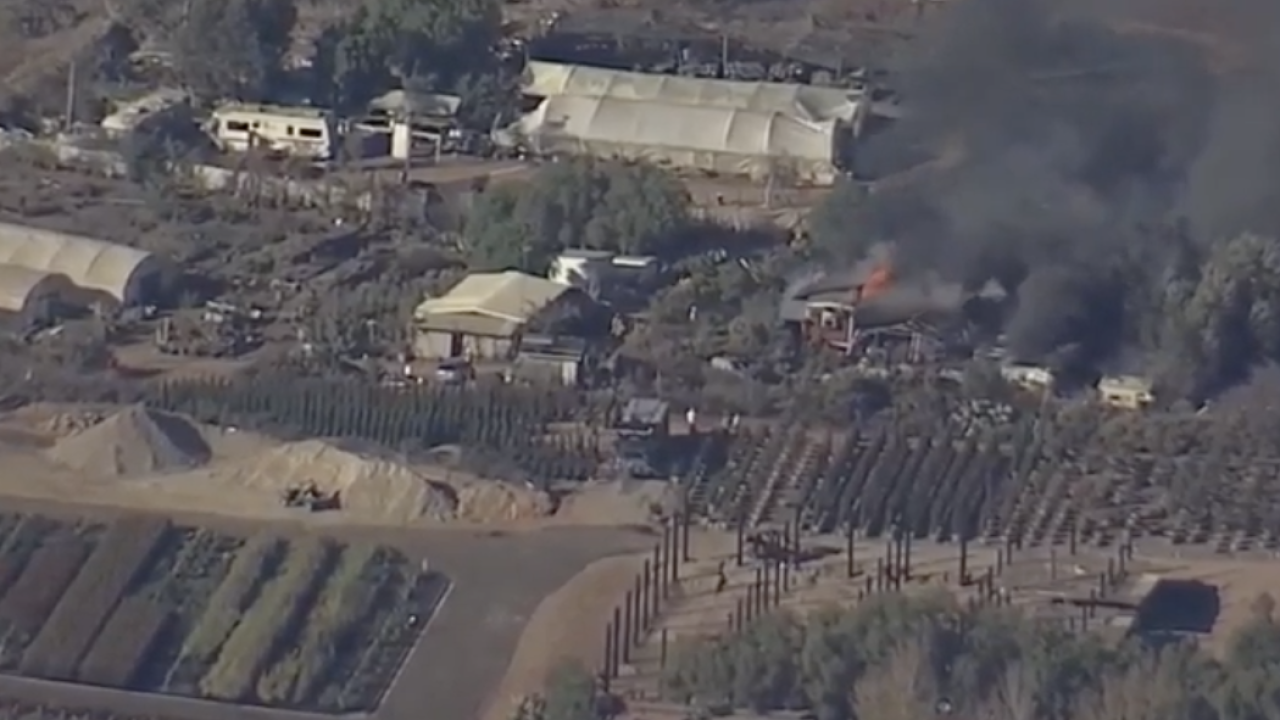 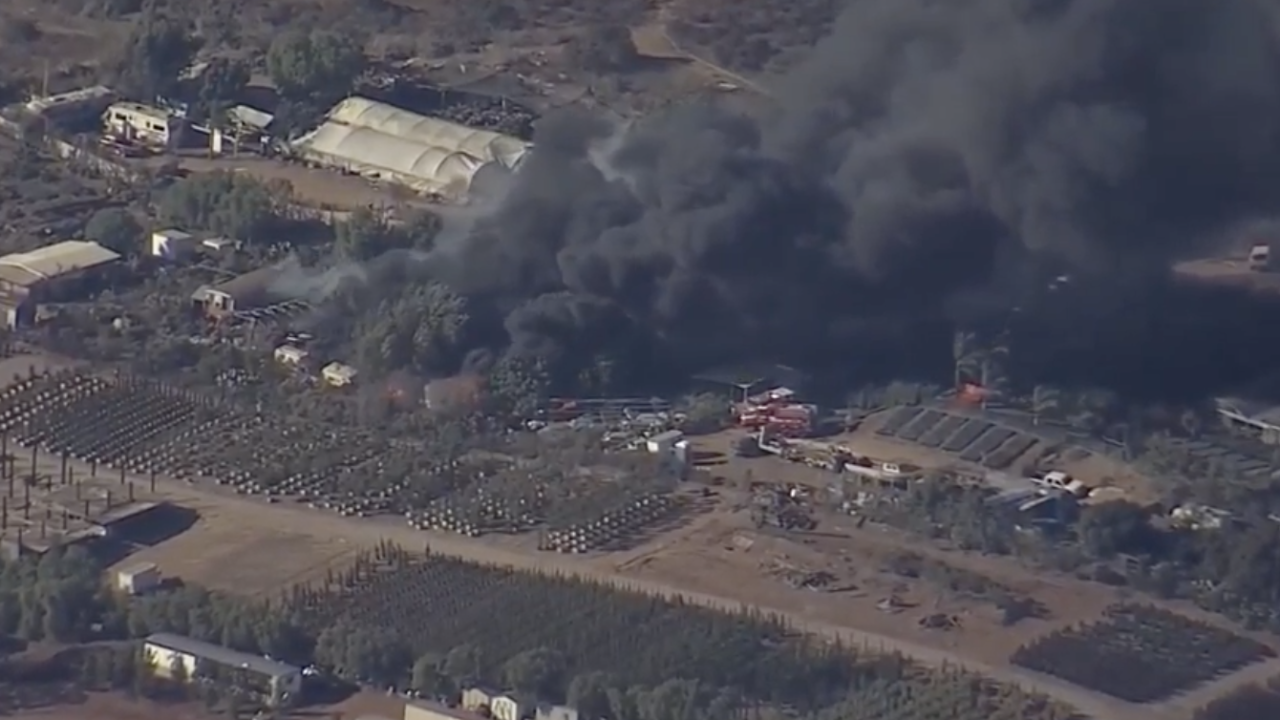 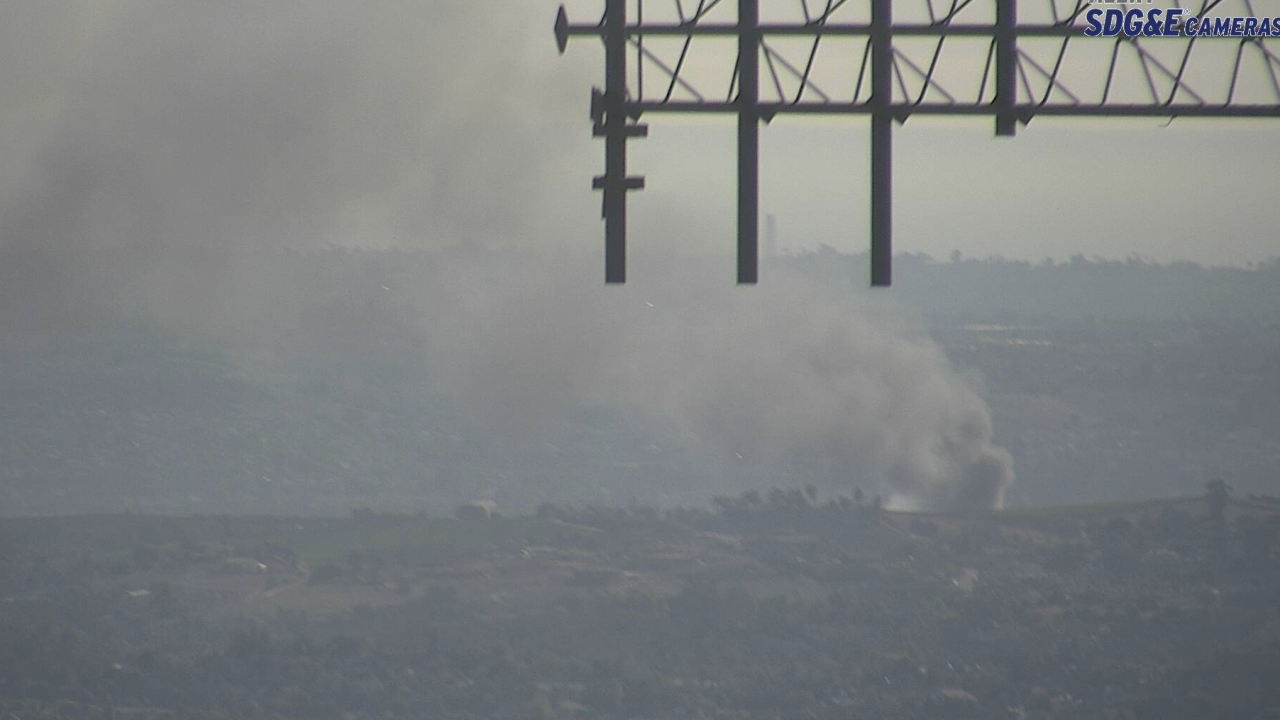 The flames were reported about 3 p.m. in the 600 block of Sleeping Indian Road. Oceanside Fire reported the "main fire has been knocked down" by 4:15 p.m., however crews expected to be on scene for several more hours.

One person was burned and is being taken to the hospital, according to Oceanside Fire.

Officials said the fire started in an area of RVs and spread to mulch. A neighbor told 10News the mobile homes belong to people who work in the area.

Hazmat crews were called in after firefighters learned of previous drug activity on the property. There was also a concern about fuel and propane on site. However, Hazmat crews did not find any hazardous materials present.

Winds in the area are 9 miles per hour, with 23 percent humidity and a temperature of 76 degrees. Check conditions here.

"There is still active fire but units have surrounded the area and are confident of control very soon," Oceanside Fire posted on Instagram.

10News is monitoring this breaking story.