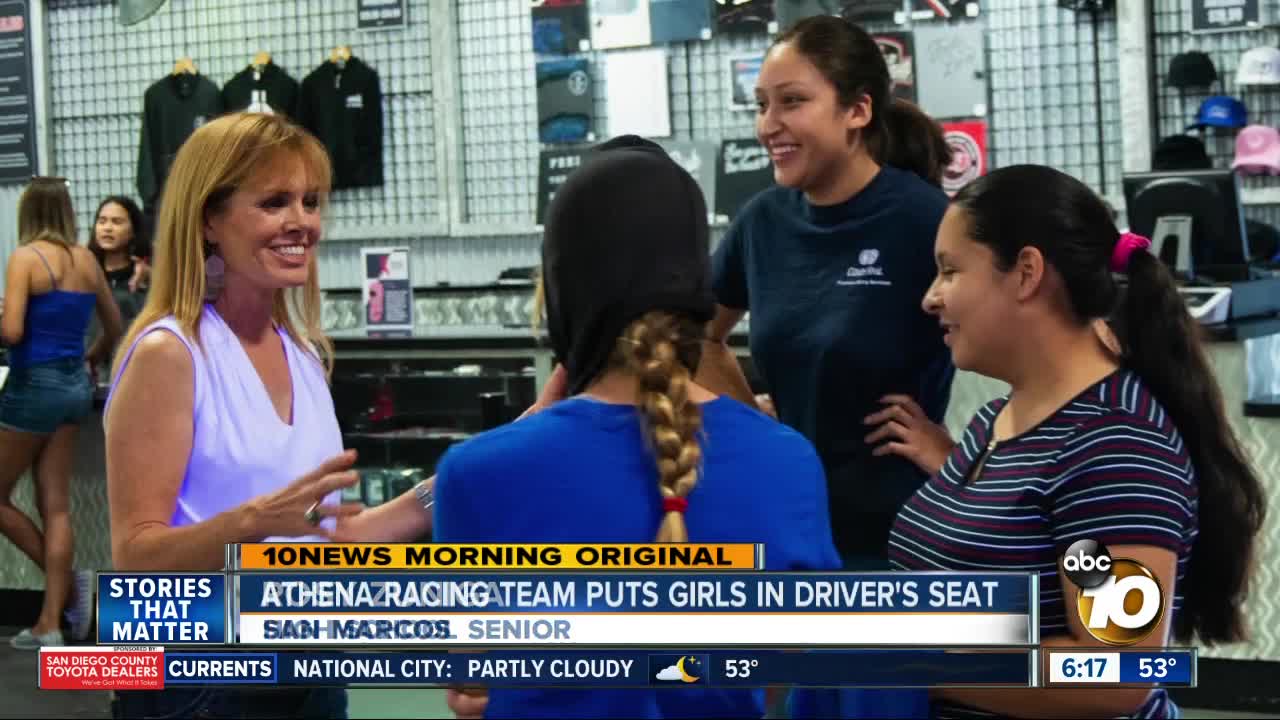 A program in San Marcos is teaching girls the science behind stock car racing, preparing them for careers in the automotive industry. 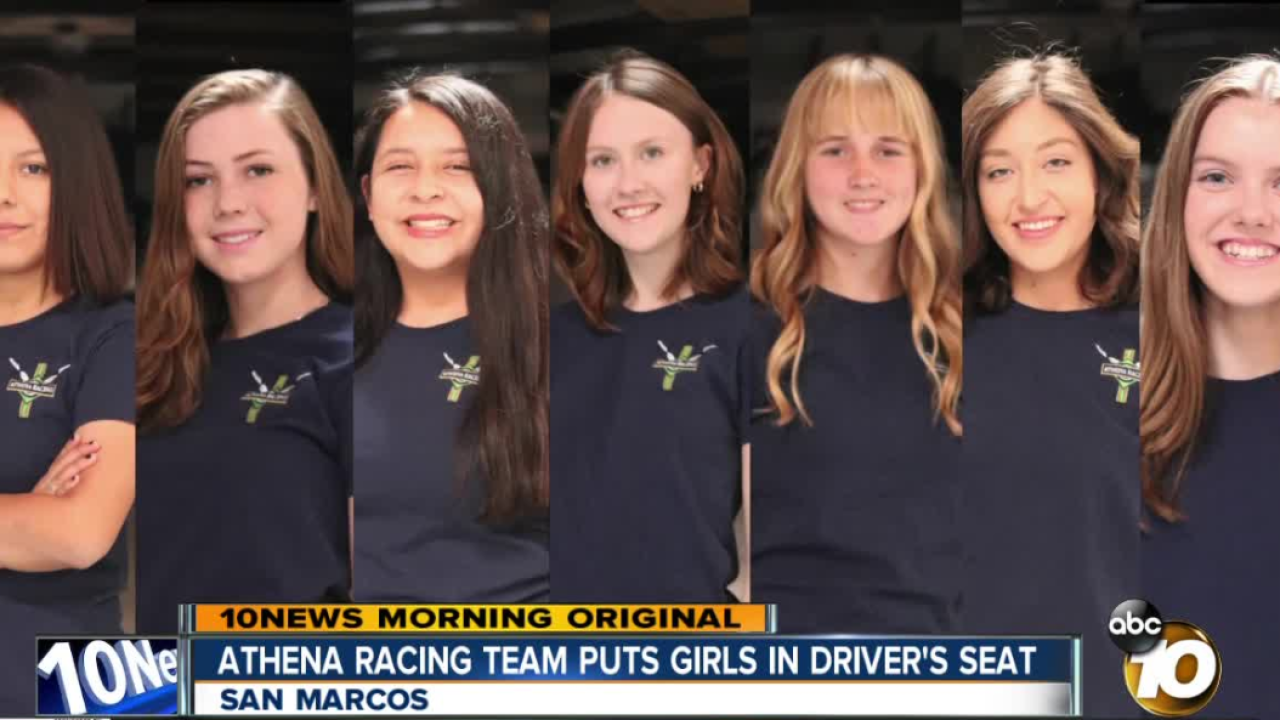 SAN MARCOS, Calif. (KGTV) - A program in San Marcos is teaching girls the ins and outs of the automotive racing industry, preparing them for jobs in the STEM fields.

"This is for the engineers, the nerds, the geeks, who really want to go in-depth and understand what it is," says Athena Racing founder Loxley Browne.

Athena Racing has seven teenagers in the program right now. They're learning how to build a race car from the ground up, with the goal of joining a racing league in 2020.

"When I found out about this, I had to sit there for a second," says Grossmont High Senior Izzy Wright. "This is meant for me."

Since October, the team has been learning ways to push a race car to its limit. They've run some go kart laps and also took Miadas on a racetrack at SDCCU Stadium. Next year, they'll put a car in the SECA Racing League.

"This is not only racing and education related. This is life skills that will take them through their entire life and career," says Browne.

She started the program to help girls who are interested in cars get an edge in a traditionally male-dominated field.

The program is run through the San Diego Office of Education, and relies on donations and sponsors for funding.