Donation helps fund one school for a full month 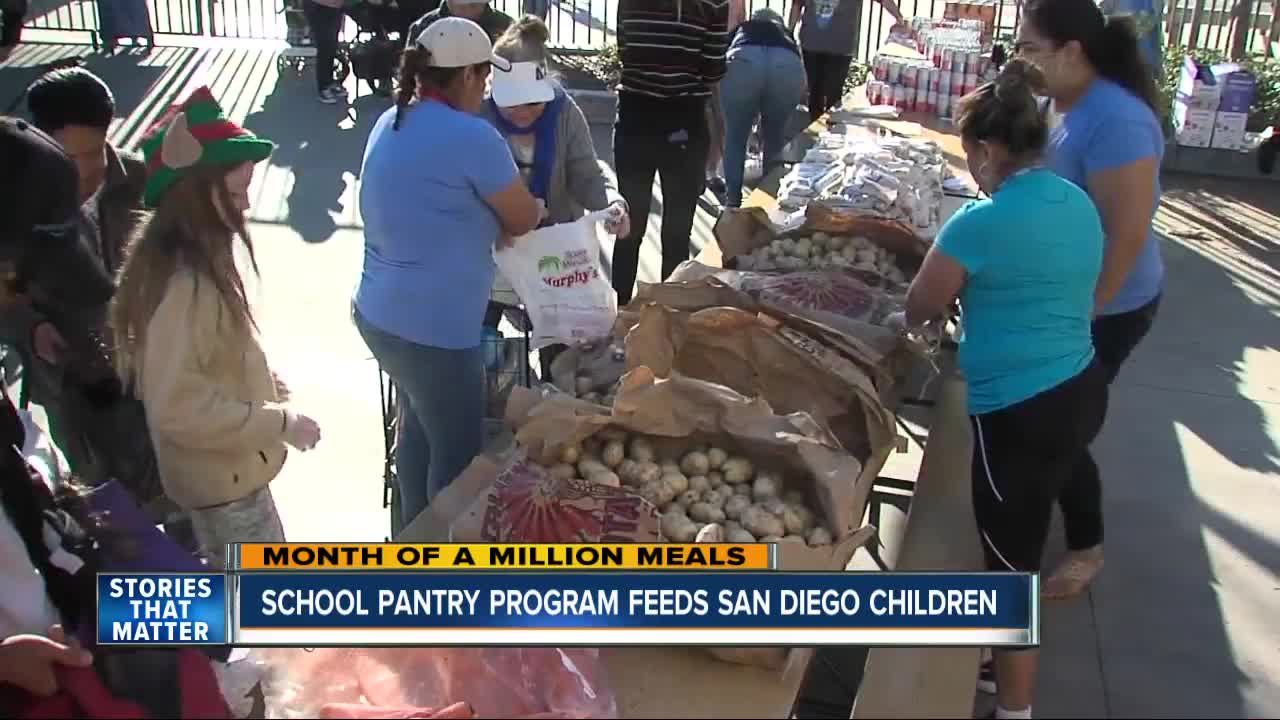 A program offering free food to people at schools across San Diego helps feed students and their family. This week, it got a big boost from a former NFL player who calls San Diego home. 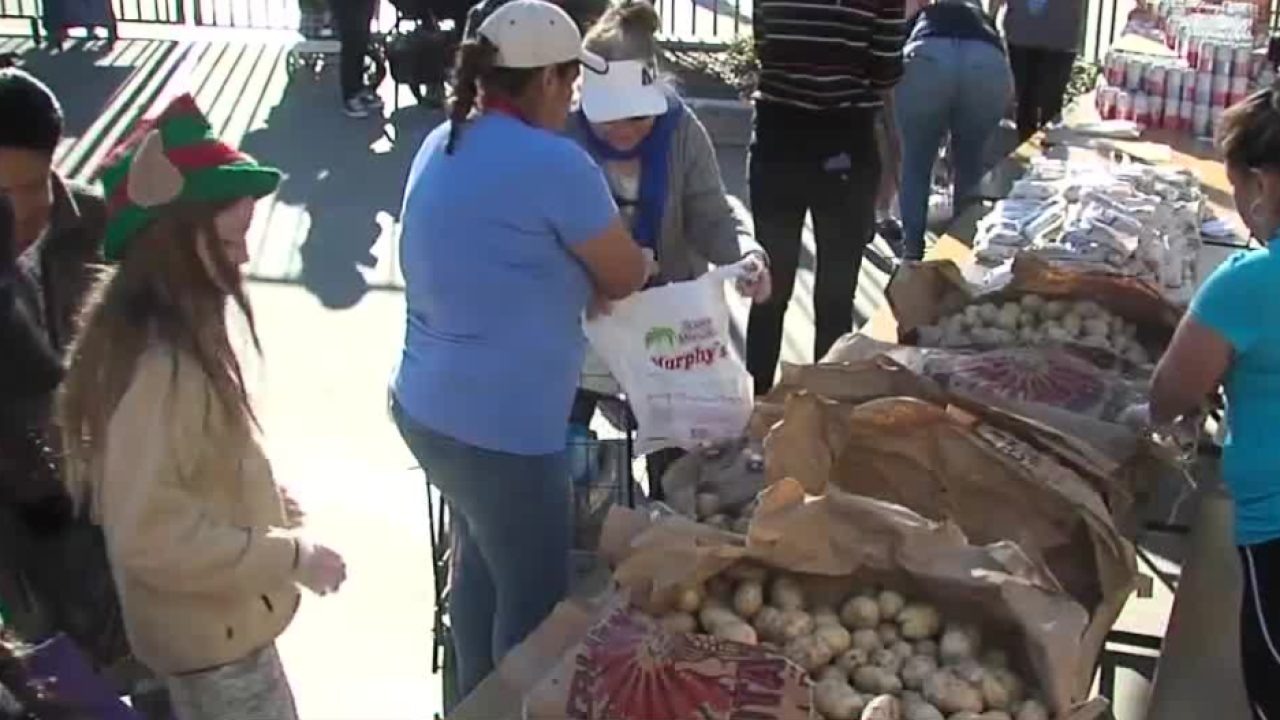 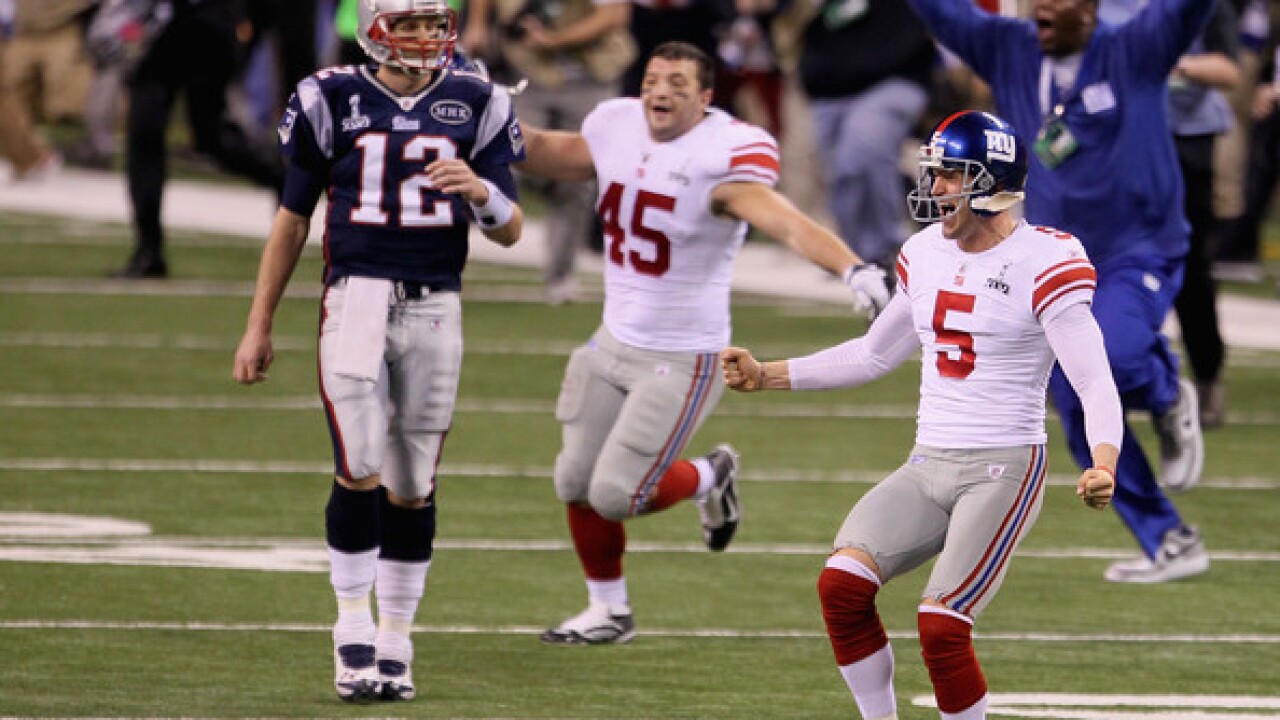 The Super Bowl Champion Punter donated more than $4,000 to help fund a school pantry for a full month.

"I feel like it's an honor and a privilege to team up with Feeding San Diego and leverage my blessings to let them know we have some food for you and we also care," he said as Weatherford helped distribute food at Central Elementary on December 20th.

Weatherford says that's one of the reasons he was drawn to the program.

"Being in fitness and being a professional athlete, I understand you're only going to be able to perform as well as the fuel you put inside your body," he says.

Weatherford also brought his daughters, Carney and Aurora, to help volunteer at the distribution.

"I've got five kids," he says. "I understand how expensive it is to feed a family."

People at the distribution say many times they have to give up meals so their children can eat.

Parents also say that sometimes, the only meals they know their kids will receive are the subsidized school breakfasts and lunches.

Getting any amount of food from Feeding San Diego a few times a month helps the families make sure their kids have enough food to make it through the day.

"It provides us with healthy snacks, healthy dinners at home," says Fabyola Muniz, a mother who also helps volunteer at Feeding San Diego.

10News has partnered with Feeding San Diego for the "Month of a Million Meals" campaign.