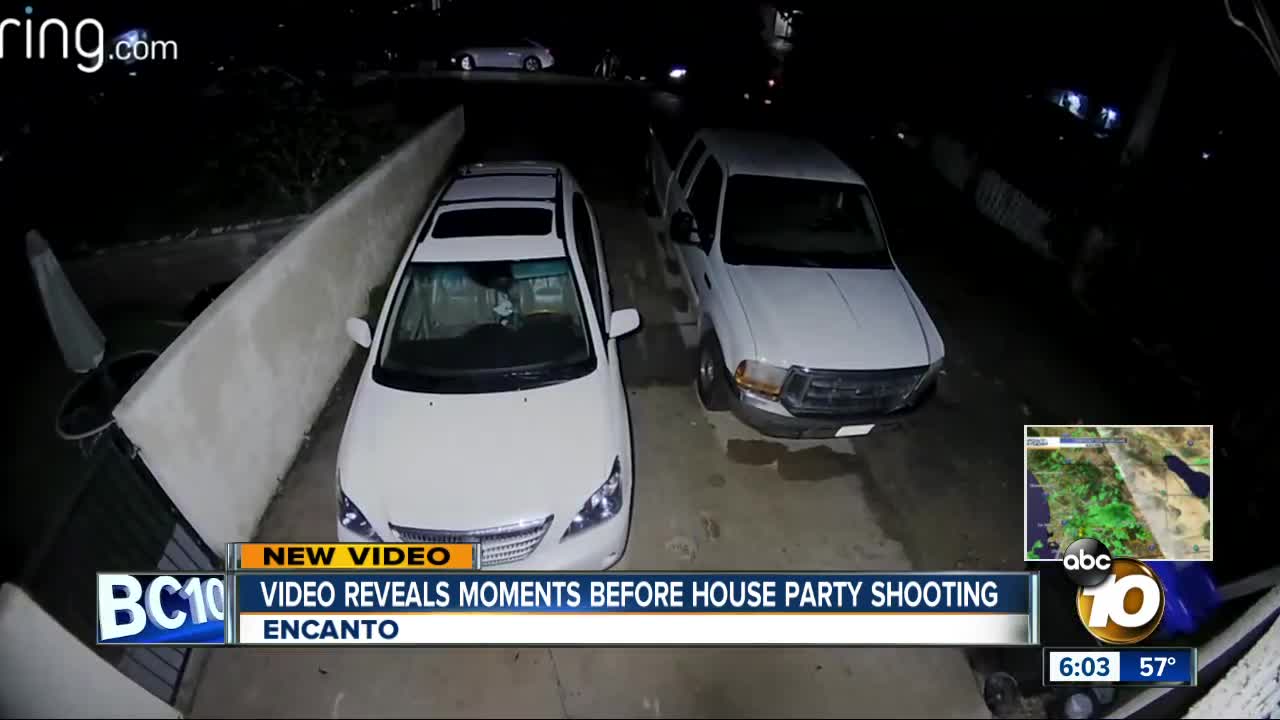 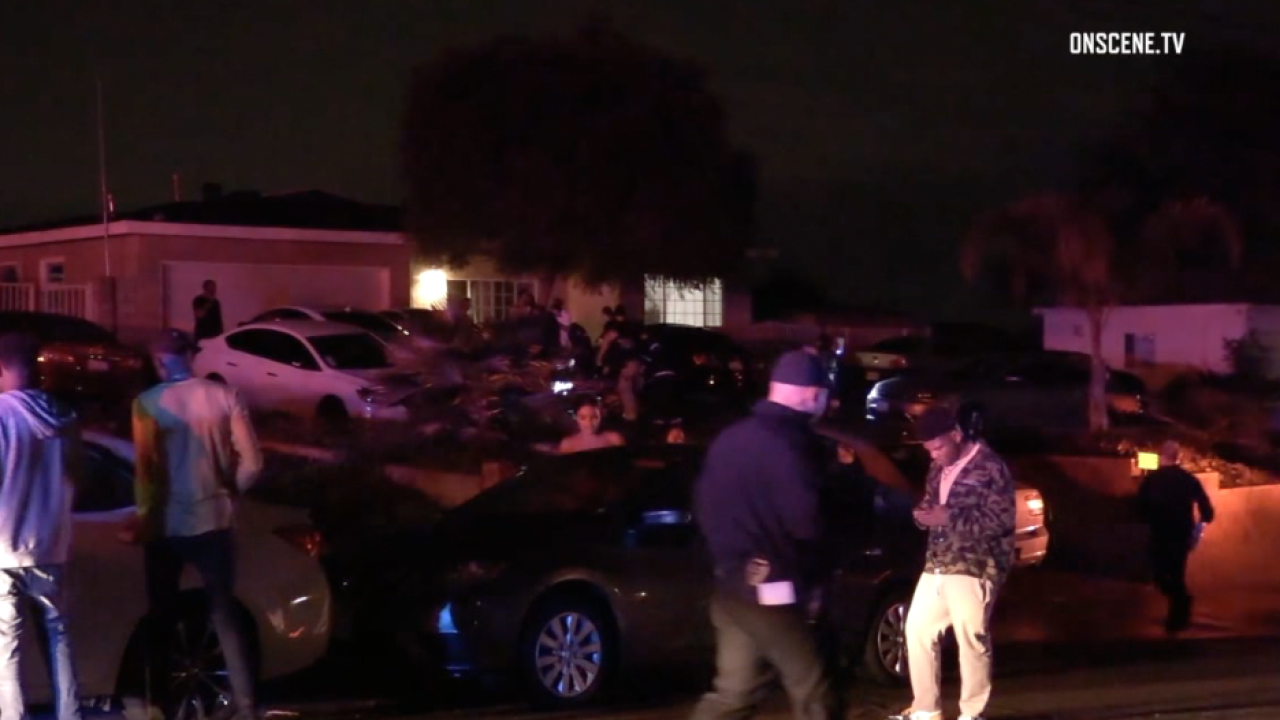 SAN DIEGO (KGTV) - New video reveals the flurry of gunshots as a shooter unloaded on guests at a house party in Encanto Friday night, injuring 4 people..

The shooting unfolded in the 6800 block of Springfield Street just before midnight in the home next door to Adeline Smith.

"Not much noise all night. I was in bed reading," said Smith.

Smith said she heard the commotion of people streaming into her backyard.

Across the street, a neighbor's Ring camera was too far away to capture much video, however it recorded about 20 seconds of shouting followed by a hail of gunfire. In all, some 20 rounds in quick succession are heard on the video. The video then falls silent. Nearly 20 seconds later, another 7 or 8 gunshots can be heard.

Four party-goers were shot. One of them was critically injured, but 10news has learned he will survive. One witness says the theft of laptop may have started the fight that led to the shots.

"My reaction was anger. This shouldn't be happening here. It's a family neighborhood ... a wonderful place to live," said Smith.

So far, police have few details about the suspect. This weekend, Smith says the hosts of the birthday party came over in person to apologize to her family. They told Smith they didn't know the people who started the trouble or the shooter.

This new audio is now likely a central part of the police probe. One firearms expert says the amount of shots could mean the use of an illegally modified magazine. One neighbor believes there were between 50 and 100 people at the party.