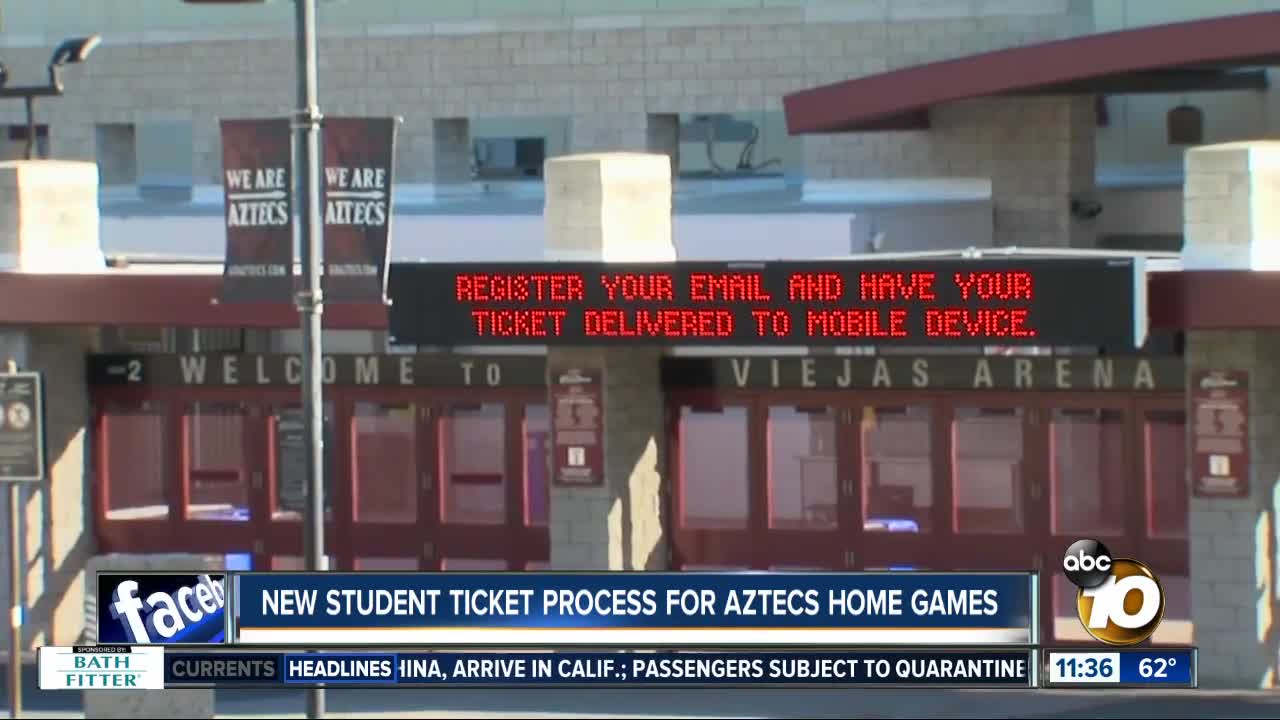 SAN DIEGO (KGTV) -- Tickets to watch the San Diego State Aztecs men’s basketball team have become a hot item as the squad continues their unbeaten streak, prompting the school to unveil a new ticket distribution process after some student tickets popped up on the black market.

SDSU students will now have to obtain game tickets via a special app. Students must log in to SDSUStudentTix.com with their email address on file with the school’s registrar's office.

The Viejas Arena ticket office told 10News that student tickets were sold out in minutes -- through the new app -- for the Feb. 11 game against New Mexico.

"As long as they go undefeated, they're going to sell out very quickly," said SDSU student Adrian Wisch. "Everyone wants to go see them."

Last week, the arena sold out as SDSU retired the jersey of former Aztec star Kawahi Leonard. The team then went on to beat Utah State.

"I'm sure there are a bunch of students who wanted to go to the game and couldn't because people took tickets to sell," said Wisch.

Some students, like those in the extended studies program, were not able to get their tickets via the app.

A line formed outside of the ticket office Thursday morning as those students waited for a chance to get a ticket.