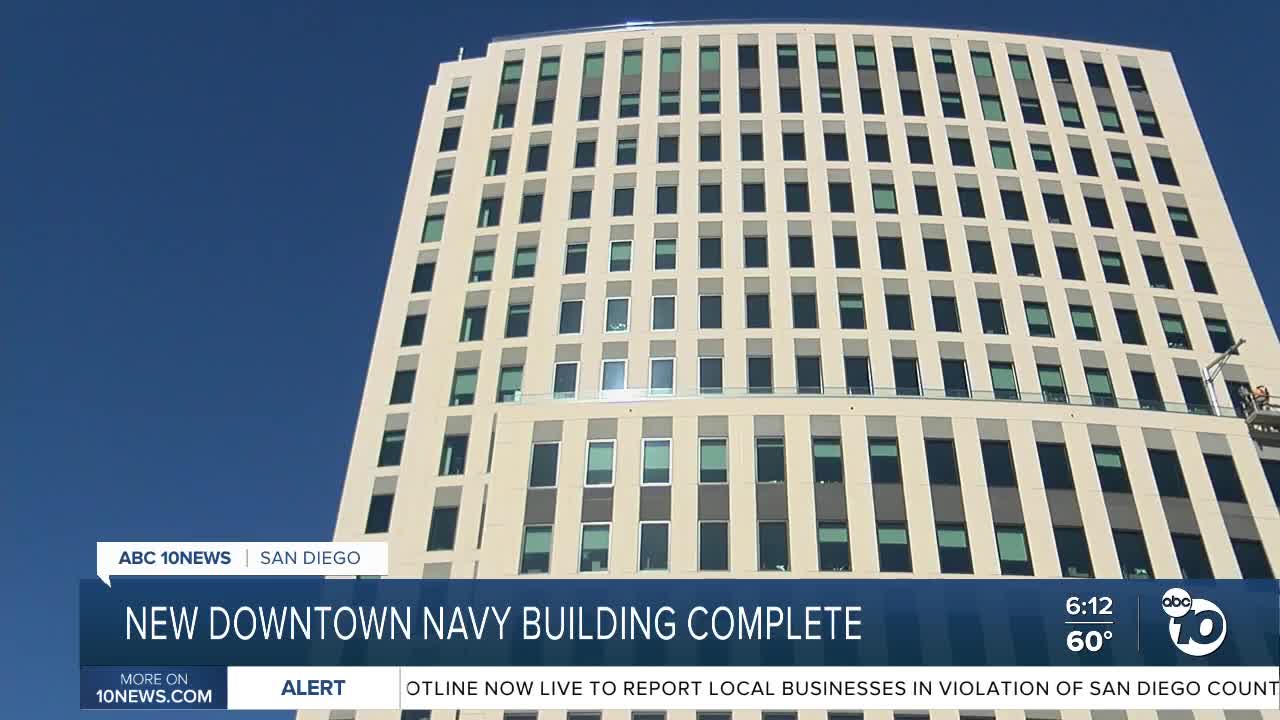 “In return for leasing that land to the developer, they would build the Navy a new headquarters building."

SAN DIEGO (KGTV) — Navy Region Southwest has a brand new, state of the art headquarters on land that was recently a barren lot, and they didn’t have to pay for it.

The 15-acre plot sits on Pacific Highway near the USS Midway and has been owned by the Navy for about a hundred years. Navy Region Southwest Executive Director Joe Stuyvesant said it was once a hub for ships.

“Ships would come in and refuel, replenish, resupply so it was mostly supply warehousing and things that were here,” he said.

Eventually, ships stopped coming to the area and instead stopped at other nearby bases. The warehouses that were built remained, and the Navy turned those into office buildings. Now, just one warehouse stands. This is the old building for Navy offices and will soon be torn down now that the new headquarters opened in October.

Stuyvesant estimated the cost of their new building at around $175,000,000, explaining the deal they made so the Navy did not have to pay for the facility.

“In return for leasing that land to the developer, they would build the Navy a new headquarters building,” he said.

Manchester Financial Group signed a lease on the land in 2006, agreeing to fund the 17-story, 373,000-square-foot building. The inside of the building features historic Navy photos, offices, conference space, a gym for employees, and the oceanfront view. A restaurant for the public will also be added to the first floor.

Construction on the new Navy facility started in 2018 and ended in 2020. Now, the last remaining warehouse that once housed the Navy offices is set to be torn down.

“It really as underutilized and frankly not an attractive parcel to be really on the front doorstep of San Diego,” said Stuyvesant.

Earlier in 2020, Manchester sold part of the lot to IQHQ, which is currently building a science hub. Manchester still holds part of the property and plans to build a hotel and plaza on that space.

Stuyvesant said this deal is a win-win because the Navy got a new facility that they would not otherwise be able to fund, and the city will benefit from a nicer view and the taxes that come from the property.

“The money that we have for facilities really needs to be focused on building piers, building electrical infrastructure, building hangars for the aircrafts, repairing runways,” said Stuyvesant.