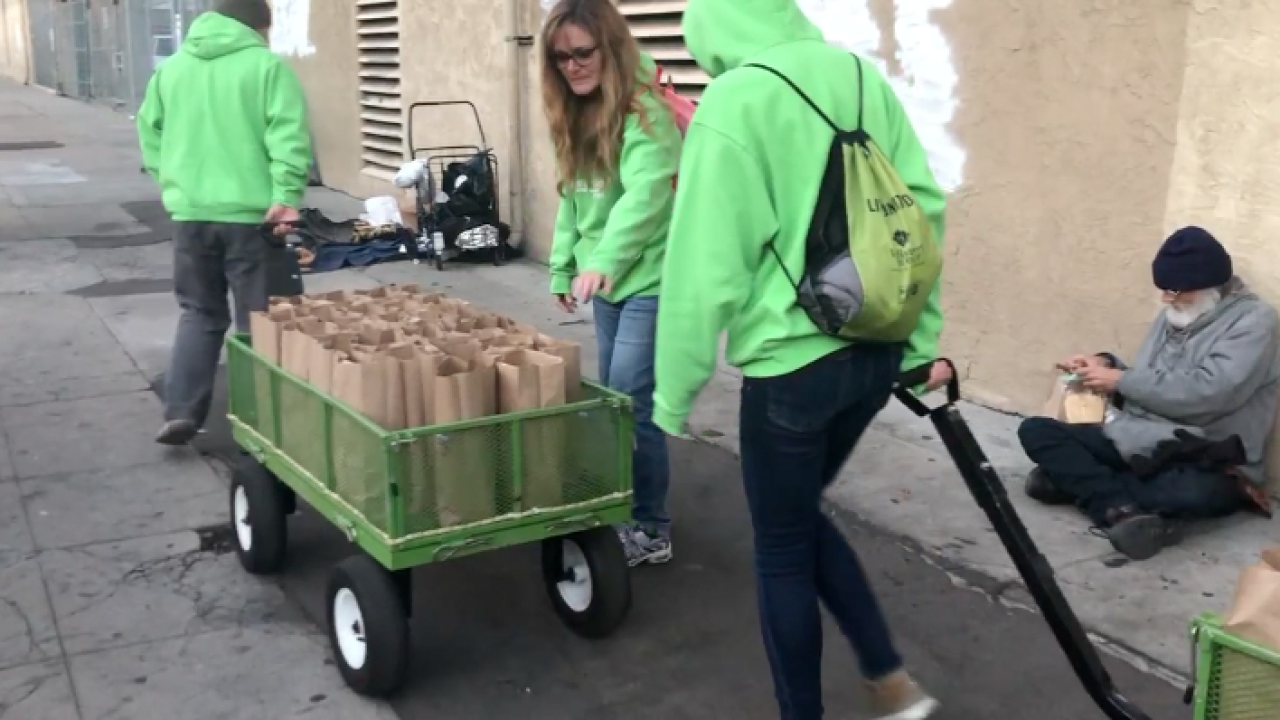 San Diego (KGTV)- While San Diego continues to deal with the homeless crisis, a local group that feeds dozens of people every week is shutting down. A new California law meant to help the homeless is stopping one organization from doing its work.

“It’s simply heartbreaking,” says volunteer Gary Marttila. “All of us are heartbroken that we can’t continue this.”

Since 2014, volunteers with Deliverance San Diego have spent their Friday afternoons passing out food bags to the homeless. The non-profit would give out over 200 meals on a weekly basis. Marttila says many of the homeless would look forward to the hot meals.

But new California laws, that started on January 1st, now require organizations to cook in a kitchen permitted by the Department of Environmental Health. The organizations must also have a washing station while handing out the food.

“We’re kind of on a shoestring budget,” says Marttila. “So working out all those logistics just became too much of an obstacle to overcome.”

Deliverance San Diego posted a message on their website letting everyone know they can no longer serve those in need, but volunteers are willing to with the city or other venues to continue their work.