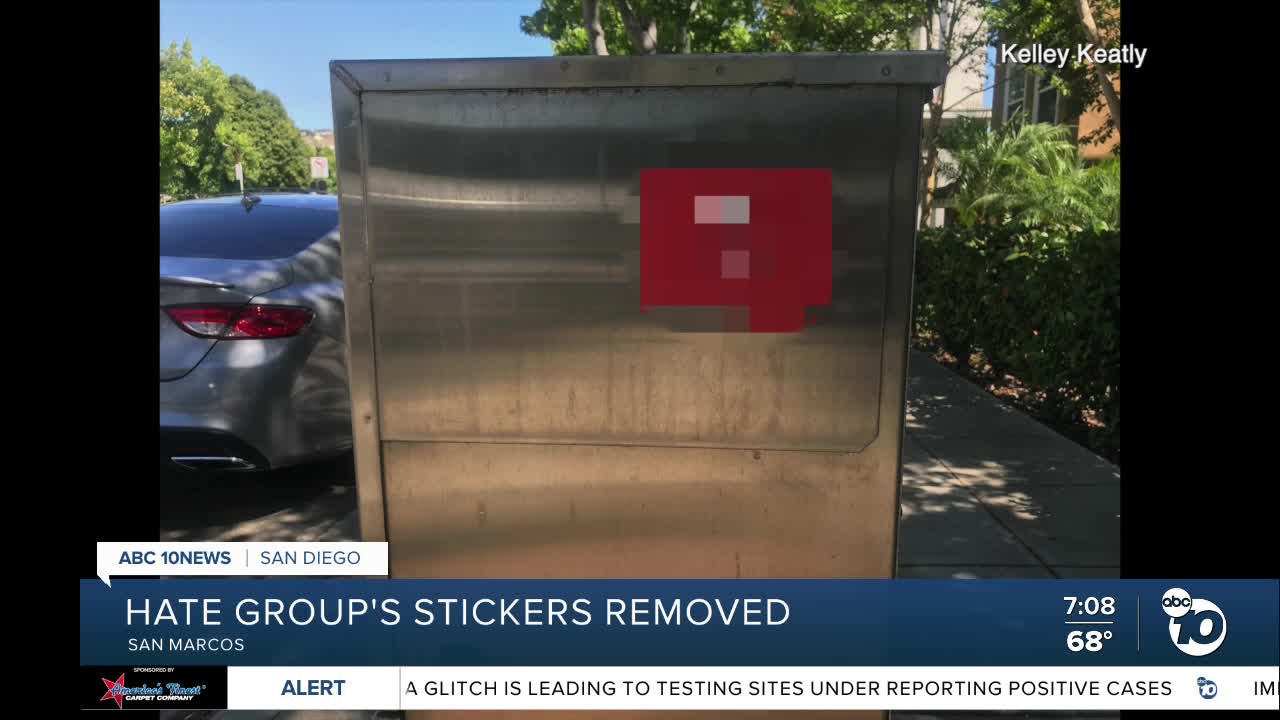 A group of San Marcos neighbors took swift action after white supremacist recruitment stickers appeared just steps from their front doors, and outside nearby schools. 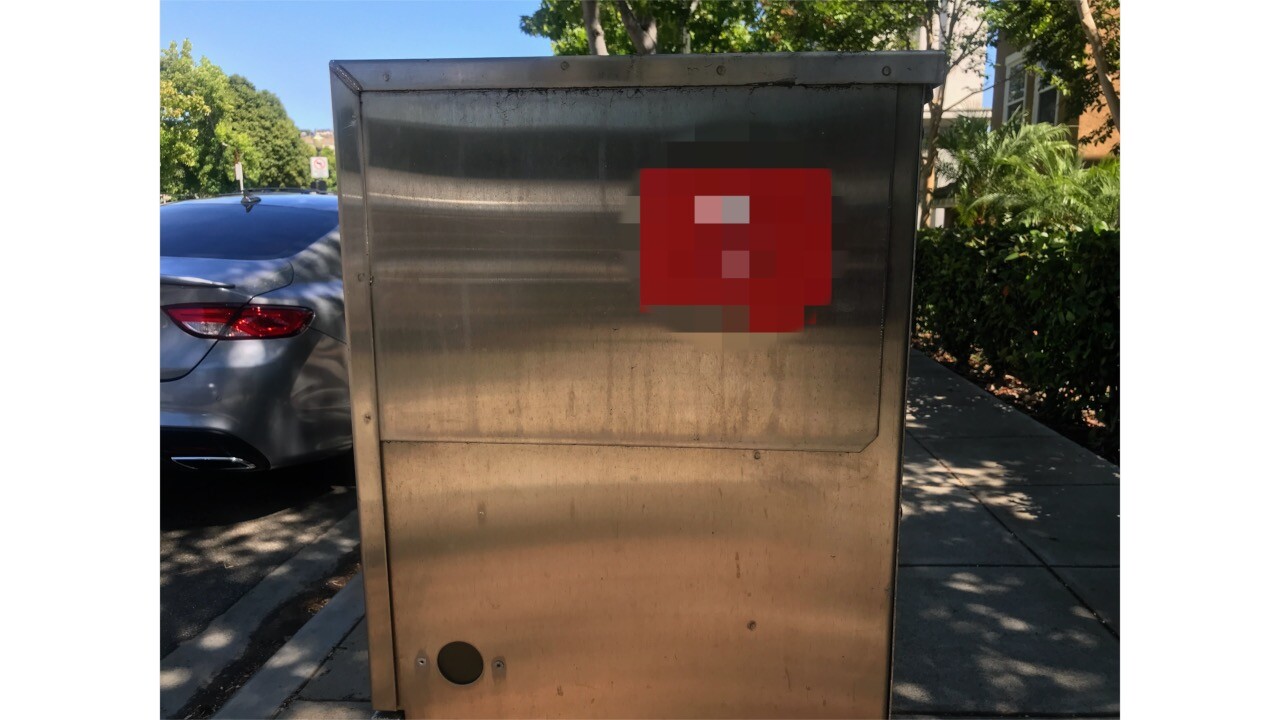 SAN MARCOS, Calif. (KGTV) -- Kelley Keatly and her husband were walking in their San Marcos neighborhood Wednesday morning when something caught their attention.

They noticed a red sticker stuck to an electrical box. When they looked closer, they saw a message of hate, one that read: “The symbol of white resistance.”

The sticker included a link to a website filled with hatred - towards Jews, African Americans, and the LGBTQ community.

ABC 10News is not identifying the group.

Keatly took the sticker and posted an image of it on a neighborhood Facebook page. Melissa Burgess saw the post and then found four - on electric boxes and traffic lights, including ones near San Elijo Elementary and Middle schools, where her children attend.

“I came home, I was shaking just from anger and pain and hurt and just all of that from having seen that here in my community,” she said.

Then, even more neighbors found the stickers, including on the back of Stop signs.

The stickers come after a recent spate of hate-inspired incidents in the county, including people wearing swastika face masks to grocery stores, and another driving with a Nazi flag.

“You have one person that can be radicalized on the Internet, one person that is drawn to look at a website through these fliers or these stickers and goes down a wrong path, so it is very concerning,” Gillies said.

She alluded to last year's deadly shooting at the Chabad of Poway synagogue, allegedly carried out by a 19-year-old radicalized online.

The Sheriff's Department says a total of seven stickers were located. It is investigating and asking anyone with information to contact the San Marcos station at (760) 510-5200.

The San Marcos Unified School District says it inspected its facilities and found no evidence of stickers.