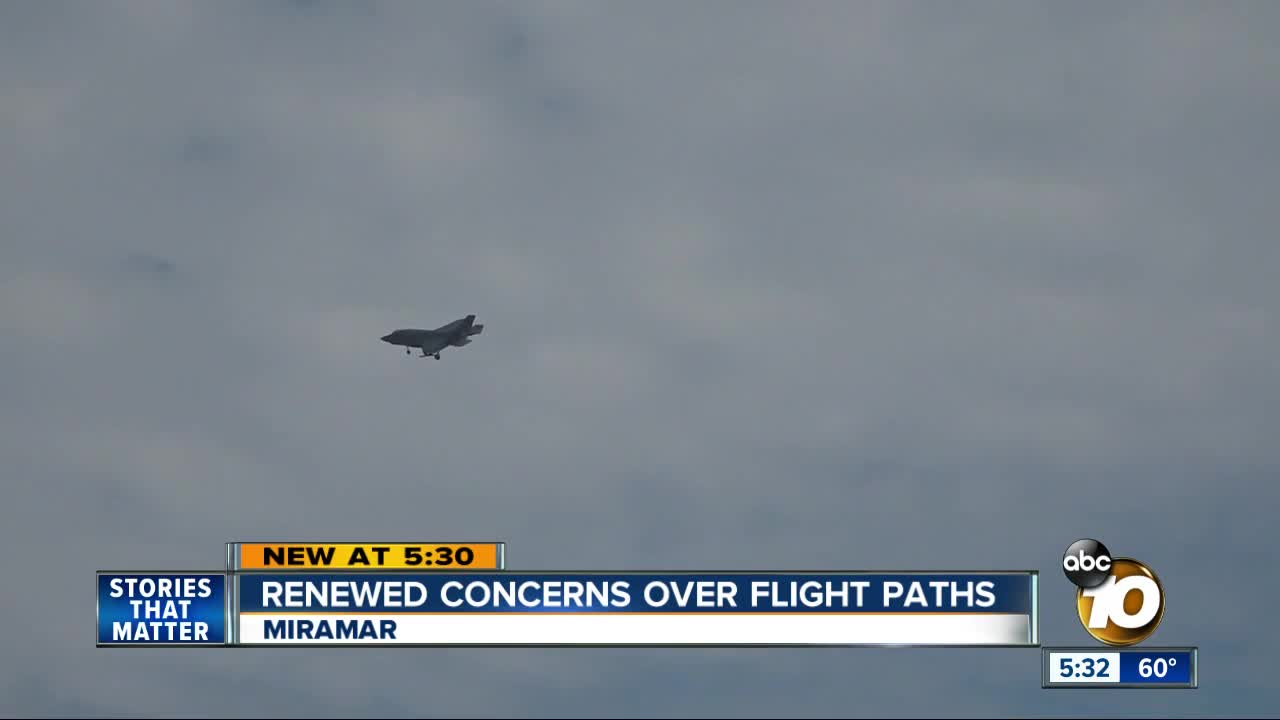 SAN DIEGO (KGTV) - Neighbors renewed their concerns over jets rattling their neighborhood less than a week before the F-35 arrives at Marine Corps. Air Station Miramar.

The same concerns from University City neighbors voiced in letters to Miramar date back to at least 2012, according to MCAS Miramar Director of Communications Capt. Matthew Gregory.

He pulled out a map of San Diego County's air space. He pointed to a gray square and said that entire area over the base up to 10,000 feet is controlled by the Federal Aviation Administration.

Right off the end of the flight deck sits University City, where tragedy struck more than a decade ago. An F/A-18 crashed after having engine trouble, killing four and destroying two homes.

With the F-35 coming to MCAS Miramar next week, neighbors are concerned the single-engine jet poses a higher risk.

Capt. Gregory says the aircraft is arguably safer, "it is much easier to diagnose any issues and fix those issues."

Neighbors are also concerned where the F-35 will fly, "the goal is to have flights as much as possible follow the approved flight paths," San Diego Council President Pro Tem Barbara Bry said.

That came as news to Bry, "I don't think the community understands that. They understand that these are the flight paths they will take."

When it comes to noise, "the Navy and Marine Corps have been flying F-18s here in San Diego for the past 30-35 years, so it's going to be very noticeable when the F-35s get here and start taking off," Capt. Gregory said.

He added the Navy flew more jets when they ran the base.

Overall, the F-35s are expected to make the area slightly quieter.

Neighbors are having a meeting later this month, where a representative from Bry's office as well as MCAS Miramar will be present.