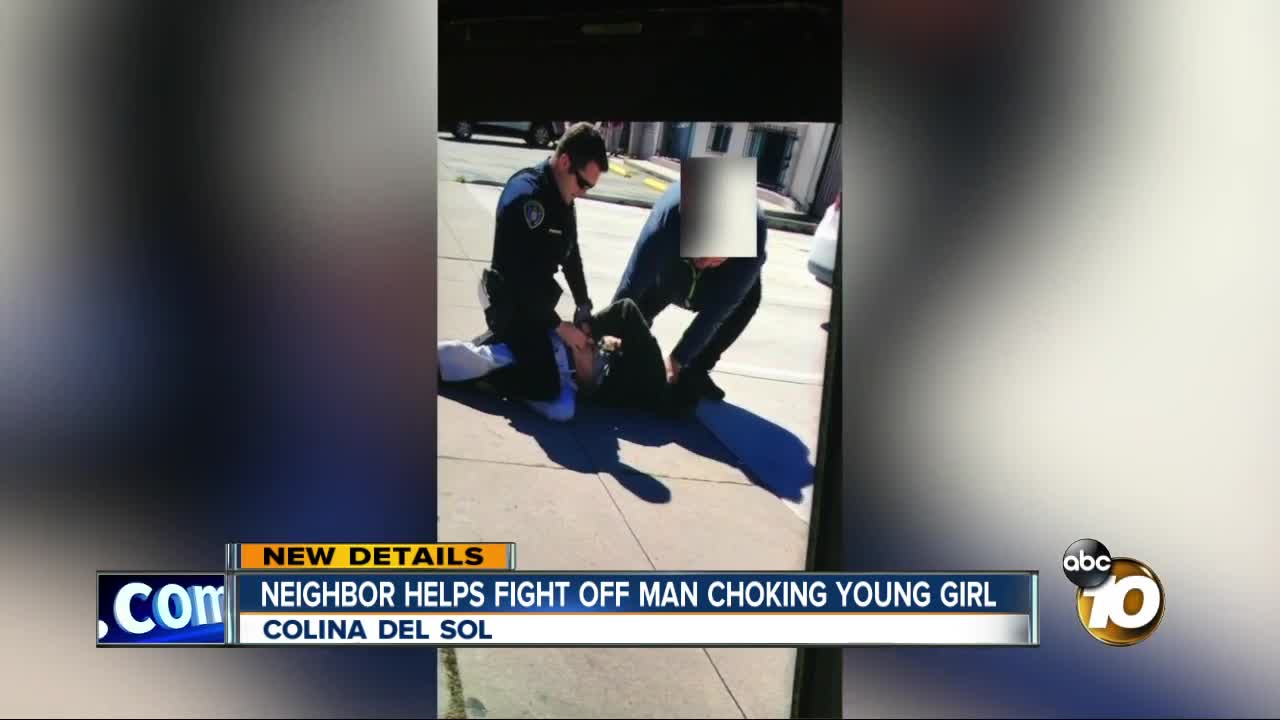 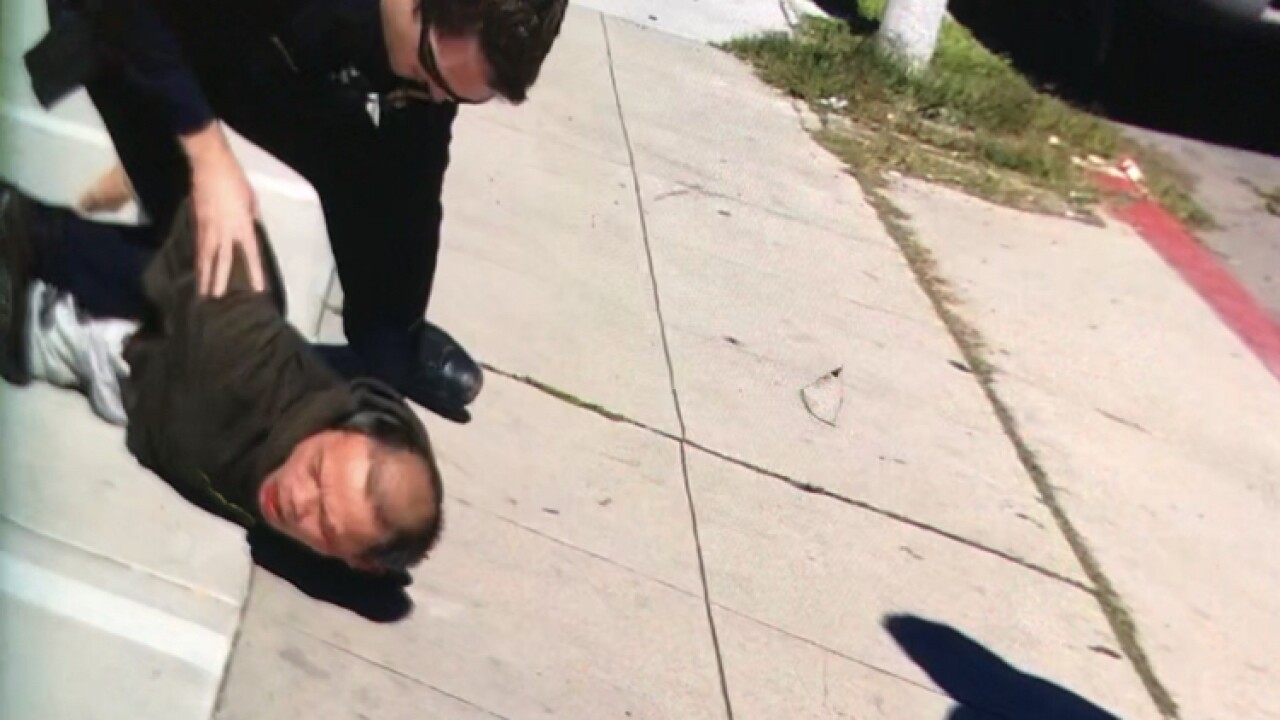 SAN DIEGO (KGTV) - San Diego Police officers arrested a man for attacking a four-year-old girl outside an apartment complex on the 4300 block of 50th Street.

According to witnesses, the little girl’s father was dropping the girl off at her grandmother’s home around 11:30. Before the grandmother could walk the four-year-old through the security gates of her complex, a stranger attacked the child from behind.

A neighbor, who only asked to use his first name, Robert, says he heard someone calling for the help, so he came outside. He says he saw the grandmother had gotten through the gate, but the father and another neighbor were outside of the entrance trying to hold off the attacker. Robert felt compelled to step in.

“He came at me, and it seemed like he was going for someone, and that someone was a child,” he said, “so I had no other recourse, I hit him once he went down. He bit my leg. He got up, and he started coming after me.”

But the man didn’t stay down, instead continued to attack.

“Very very vicious, he had a very crazy look,” Robert said. “He wasn’t saying anything, he was grunting like a feral animal. He was exceptionally strong. He just wouldn’t quit, even when the police got here, he was very very strong.”

Robert says he had no idea why he was trying to hurt the little girl but said the man might have been under the influence of something.

Robert recalled seeing red marks around the little girl’s neck but said she was okay though visibly shaken.

She is home with her parents.