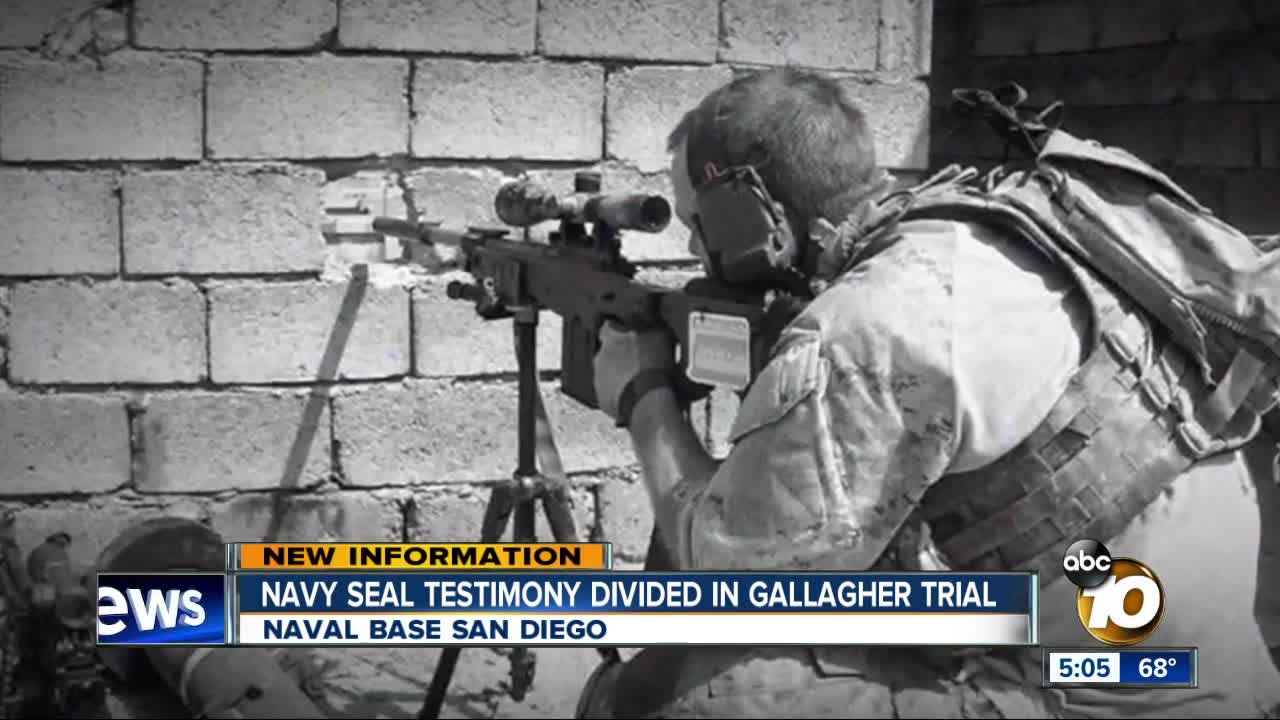 Jurors heard about a group text. 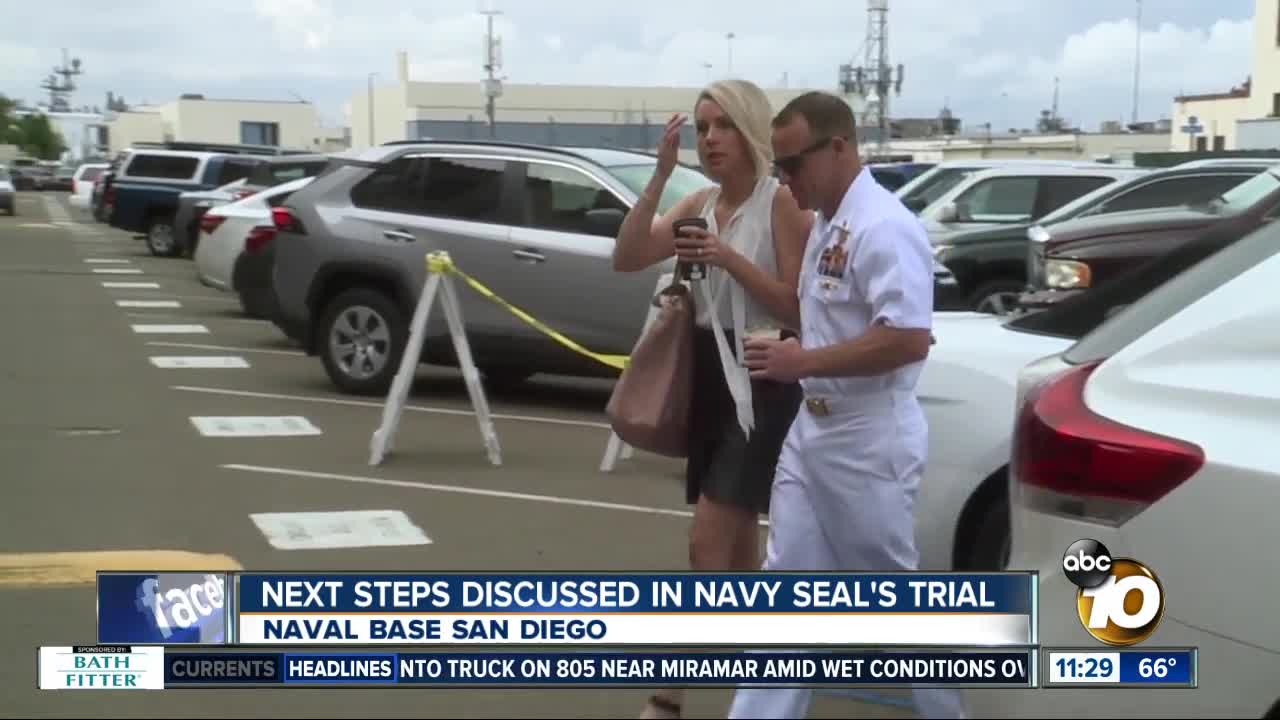 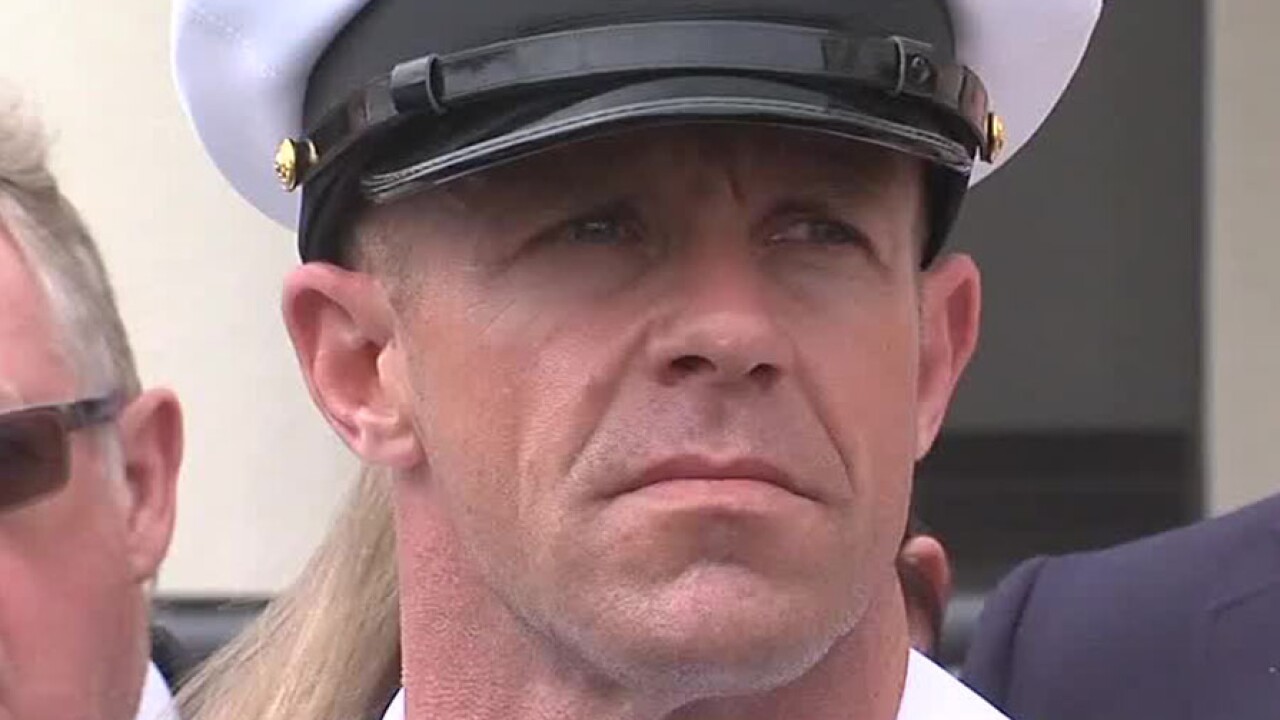 Two snipers said Gallagher, a decorated serviceman, shot a young girl and a man in Iraq in 2017.

The fellow SEALS said they did not see Gallagher pull the trigger, but they heard shots come from his perch as the victims were struck, the Associated Press reported.

In a shocking turn of events, Navy SEAL Special Operations First Class Corey Scott testified on Thursday that it was he -- and not Special Operations Chief Gallagher -- who suffocated an injured ISIS fighter by putting his thumb over the victim’s tracheal tube until he stopped breathing.

Scott said Gallagher unexpectedly plunged a knife just under the ISIS detainee’s collarbone, and that action prompted him to suffocate the teen in an act of mercy.

Scott told the court that the detainee was “going to die anyway” and he did not want the teen to suffer or be tortured after he woke up.

During cross-examination, Scott admitted that he did not want to see Gallagher go to jail.

Prosecutors say Scott cannot be persecuted for his testimony on the stand, but he can be prosecuted for perjury. A military spokesman told the Associated Press prosecutors will likely continue their case against Gallagher despite Scott's testimony.

Scott had met with prosecutors and the defense on multiple occasions prior to his testimony, but Thursday was the first time he revealed his account of the events leading to the ISIS teen's death.

Later in the day, another SEAL, medic T.C. Byrne, testified that he was wearing a camera on his helmet when the ISIS fighter was brought in. He said the teen was alive when he left but was dead by the time he returned. Byrne said he never saw what happened between that time.

Outside of court, Gallagher’s wife told reporters her reaction to Scott’s stunning admission.

“To hear someone finally had the bravery to stand up for the truth was refreshing after all of these years,” Andrea Gallagher said.

Gallagher has been accused in the teen's murder on May 3, 2017, in Mosul, Iraq, and for shooting at Iraqi civilians several times. He has pleaded not guilty to murder, attempted murder, and other charges that carry a potential life in prison sentence.