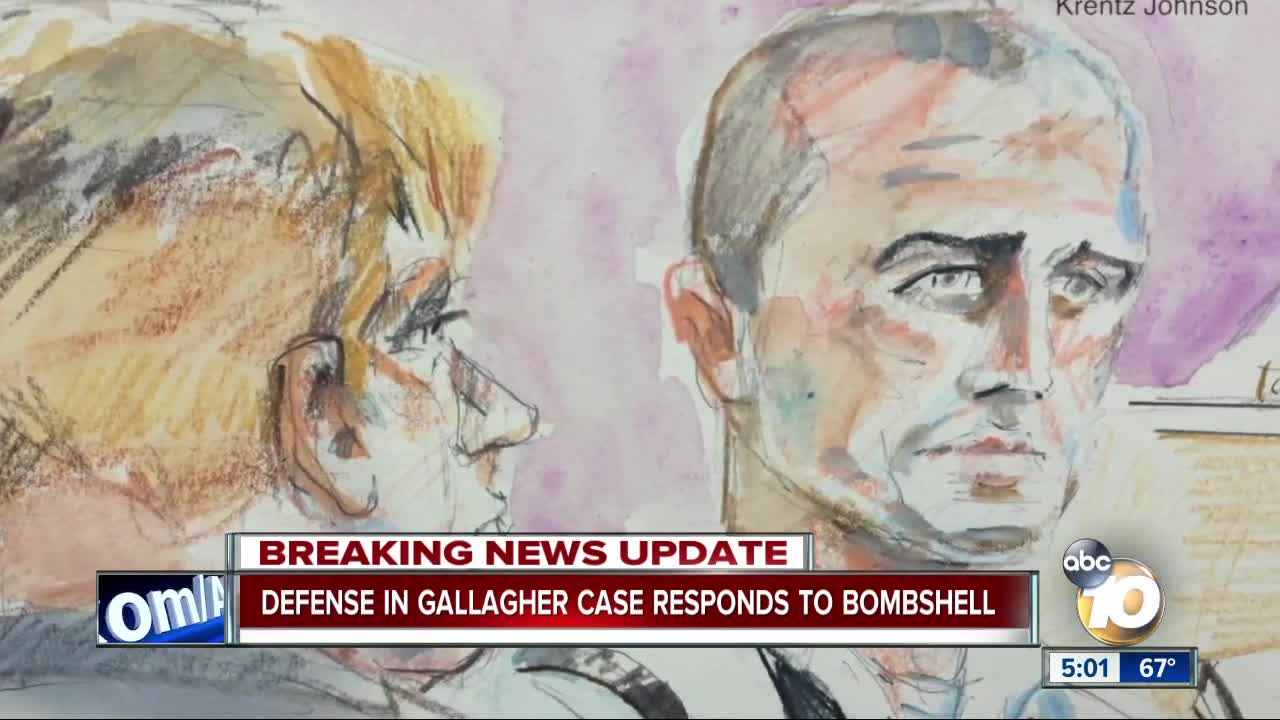 Bombshell testimony was dropped on the third day of a Navy SEAL's trial over the fatal stabbing an injured teenage ISIS combatant in Iraq. 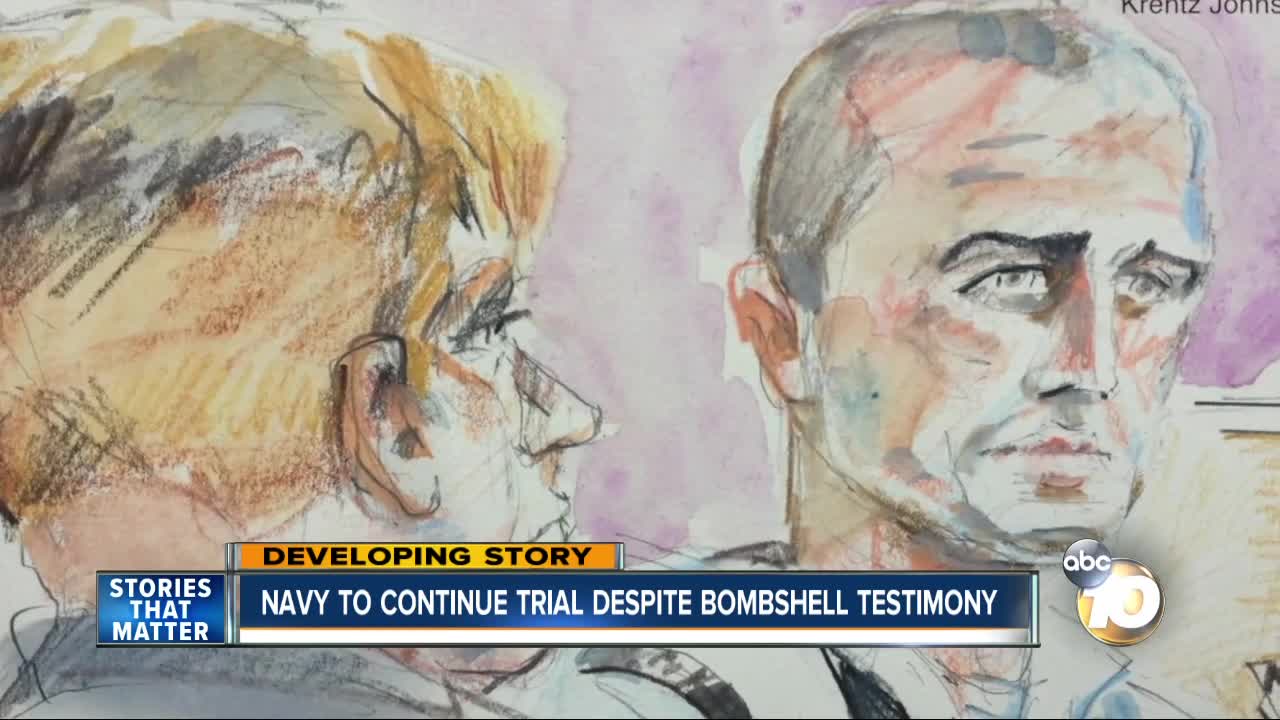 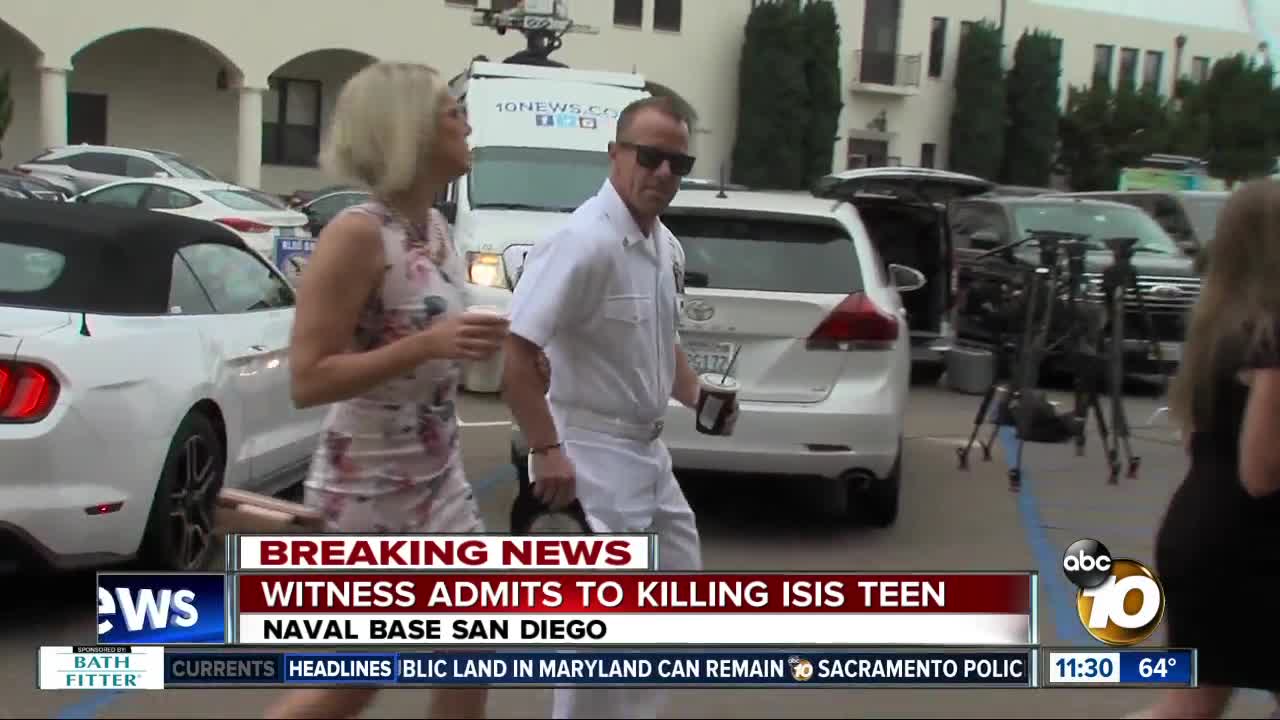 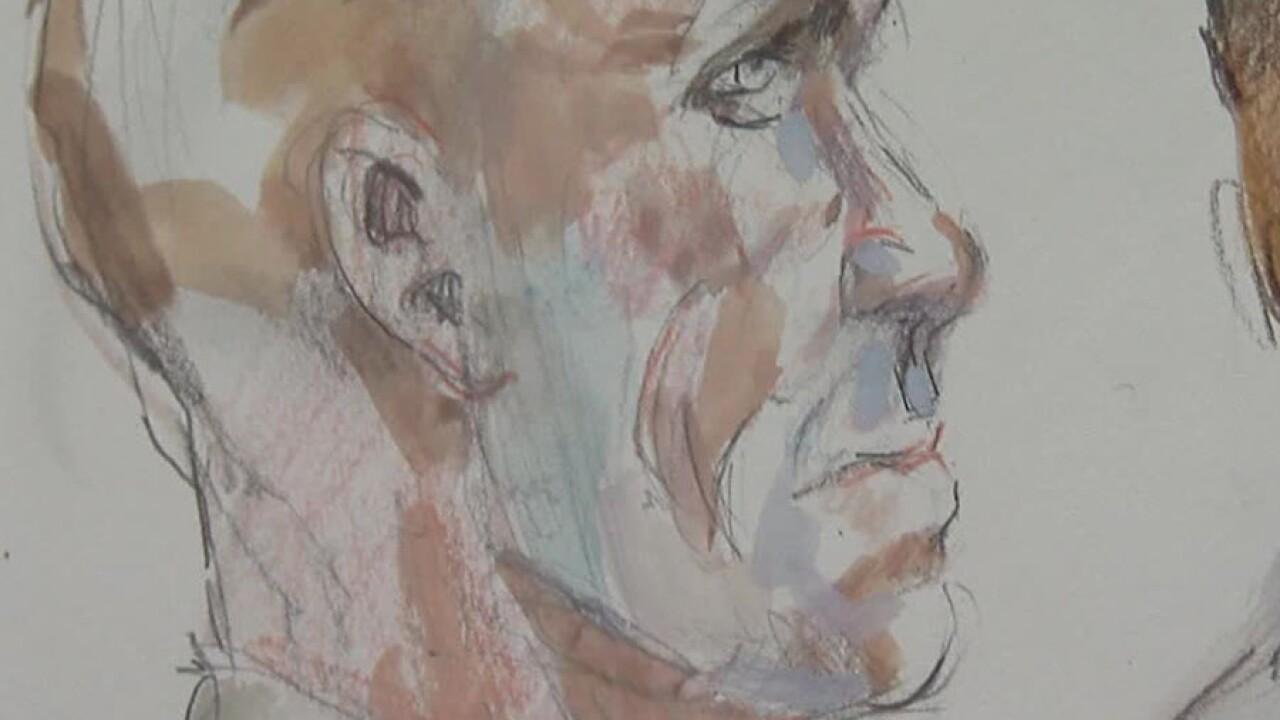 (KGTV) — Bombshell testimony was dropped on the third day of a Navy SEAL's trial over the fatal stabbing an injured teenage ISIS combatant in Iraq.

Navy SEAL Special Operator First Class Corey Scott testified Thursday that he was responsible for the teen's death, not fellow SEAL Chief Edward Gallagher, who is accused of murdering the injured fighter after he was captured.

Scott told the court that he held down the teen's breathing tube so that he couldn't breathe after seeing Gallagher stab the combatant.

He added “he knew he was going to die” and didn't want the teen to suffer or be tortured, so he held his thumb over the teen's tracheal tube and suffocated him. Scott said his actions took place immediately after Gallagher stabbed the injured teen under the collar bone.

During cross-examination, Scott told the court he doesn't want to see Gallagher go to jail or his family endure any further harm from the trial.

Scott was deployed with the Navy Chief in 2017.

RELATED: Prosecutor: Navy SEAL bragged he 'got' victim with knife

Prosecutors say Scott cannot be persecuted for his testimony on the stand, but he can be prosecuted for perjury. A military spokesman told the Associated Press prosecutors will likely continue their case against Gallagher despite Scott's testimony.

Scott had met with prosecutors and the defense on multiple occasions prior to his testimony, but Thursday was the first time he revealed his account of the events leading to the ISIS teen's death.

Gallagher has been accused in the teen's murder on May 3, 2017, in Mosul, Iraq, and for shooting at Iraqi civilians several times. He has pleaded not guilty to murder, attempted murder, and other charges that carry a potential life in prison sentence.