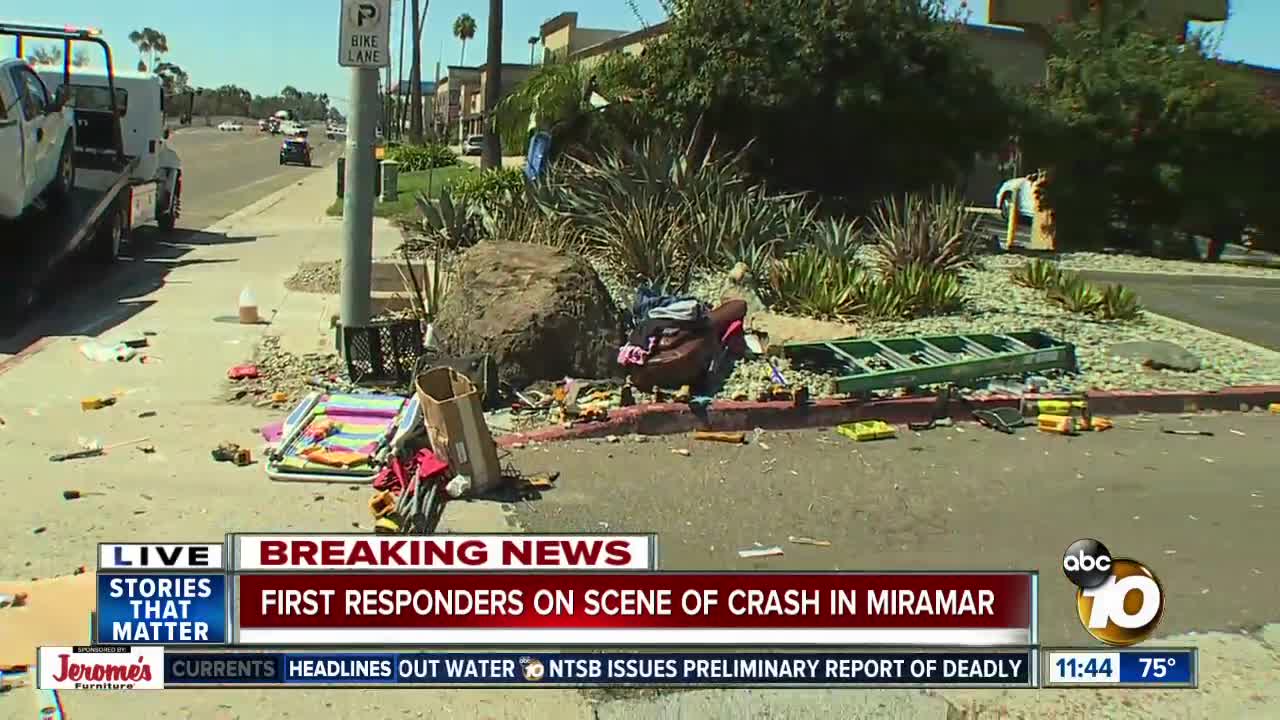 A multi-vehicle crash shut down a stretch of Miramar Road Friday morning.

SAN DIEGO (KGTV) – A stretch of Miramar Road was shut down Friday morning following a multi-vehicle crash in which at least one person was injured.

Police said a red car was traveling westbound on Miramar Road when it struck a pickup truck that was exiting the Miramar Plaza.

The red car then struck a black BMW that was traveling west on Miramar Road.

The driver of the red car was taken to the hospital with injuries considered minor.

The truck’s driver and the driver of the BMW were not hurt.

Miramar Road between Cabot Drive and Camino Ruiz was expected to be shut down through 1 p.m. at the latest due to the investigation and clean-up.