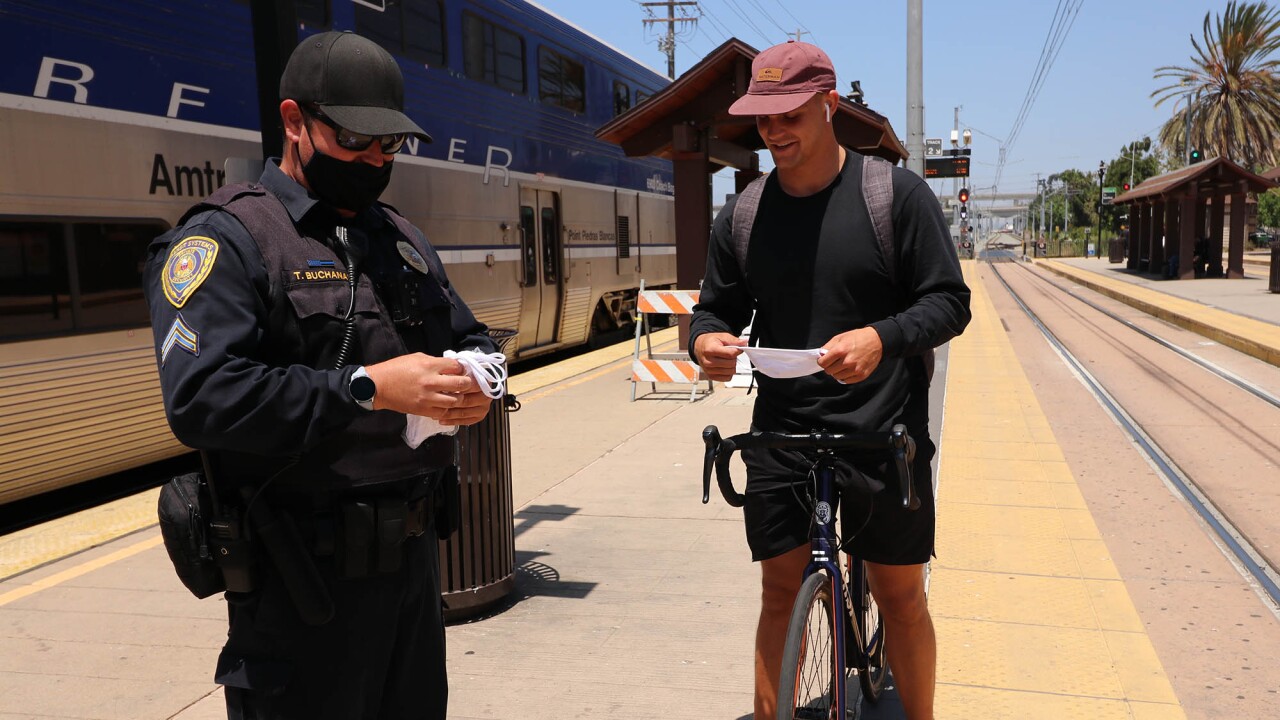 SAN DIEGO (KGTV) — San Diego Metropolitan Transit System (MTS) has updated its use of force policy to include a ban on the carotid restraint technique among other new policies.

MTS said the agency is training officers and has started testing the policies, which include:

MTS will also begin its fare diversion pilot program on Sept. 1 to help riders caught without fare avoid court fees or a citation.

The new policies come after several local agencies moved to end the use of the carotid restraint technique and reform their own use of force policies.

"These reforms to the use of force policy are another step in our effort to comprehensively restructure our approach to transit safety. We will continue working to ensure the dignity and safety for our passengers," said MTS Chair Nathan Fletcher said in a release.