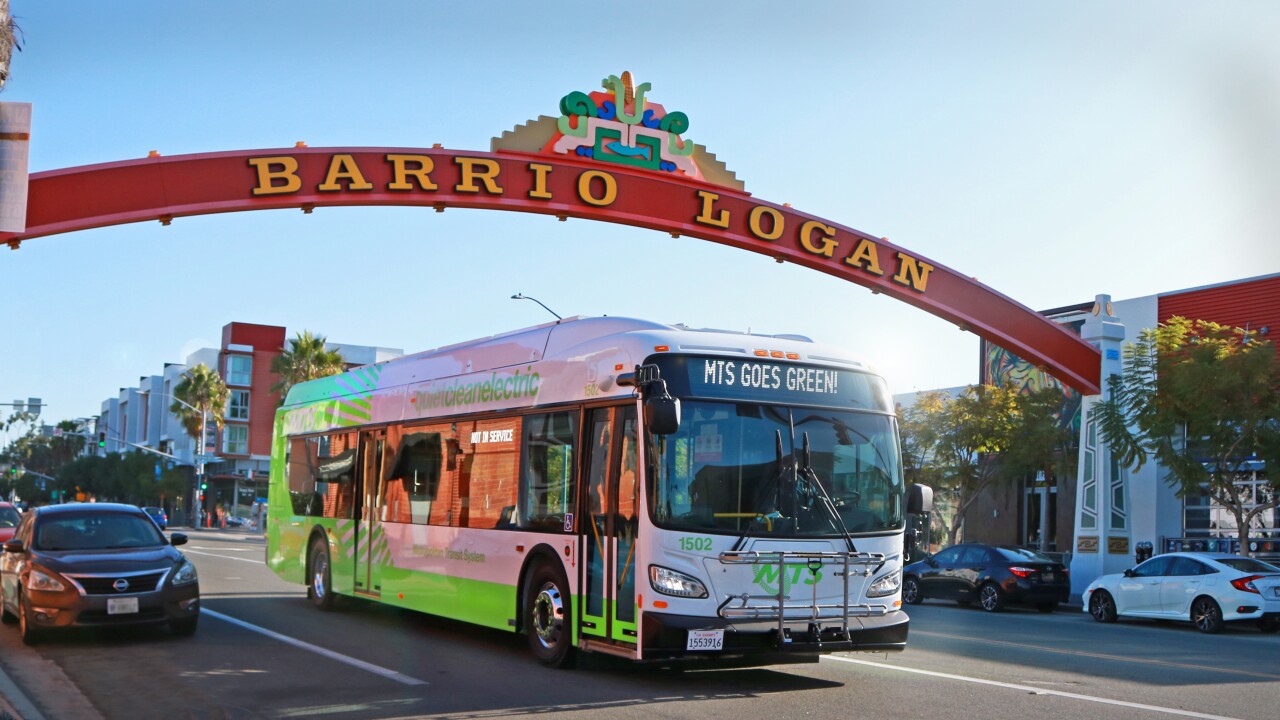 SAN DIEGO (KGTV) — San Diego's Metropolitan Transit System has approved a plan to convert all of the agency's 800 buses to a zero-emission fleet by 2040.

The agency will send its plan to the California Air Resources Board for certification. State regulations require public transit agencies to gradually transition to all-zero emission bus fleets by 2040.

MTS' plan aims to cut down on greenhouse gas emissions by about 43% over the next 19 years. The cost of the full transition is about $851 million over that same time frame. It will cost about $185 million more to acquire land and build a new facility to accommodate additional electric buses, according to MTS.

A "first-in-the-nation" overhead gantry system is also included in the plans to automate charging.

"MTS has been testing six electric buses in revenue service over the past 10 months and we’ve been very pleased with their performance," said Sharon Cooney, MTS Chief Executive Officer. "The performance data makes us confident that we can make a transition to an entire fleet of zero-emissions buses over the next 19 years, and continue to provide the highest quality of service our passengers expect and deserve."

The busses will be rolled out in priority to routes through communities considered by MTS to experience the most negative impacts of greenhouse gas emissions and environmental health.

MTS plans to also utilize a mix of electric and hydrogen fuel cell vehicles to meet its goal.