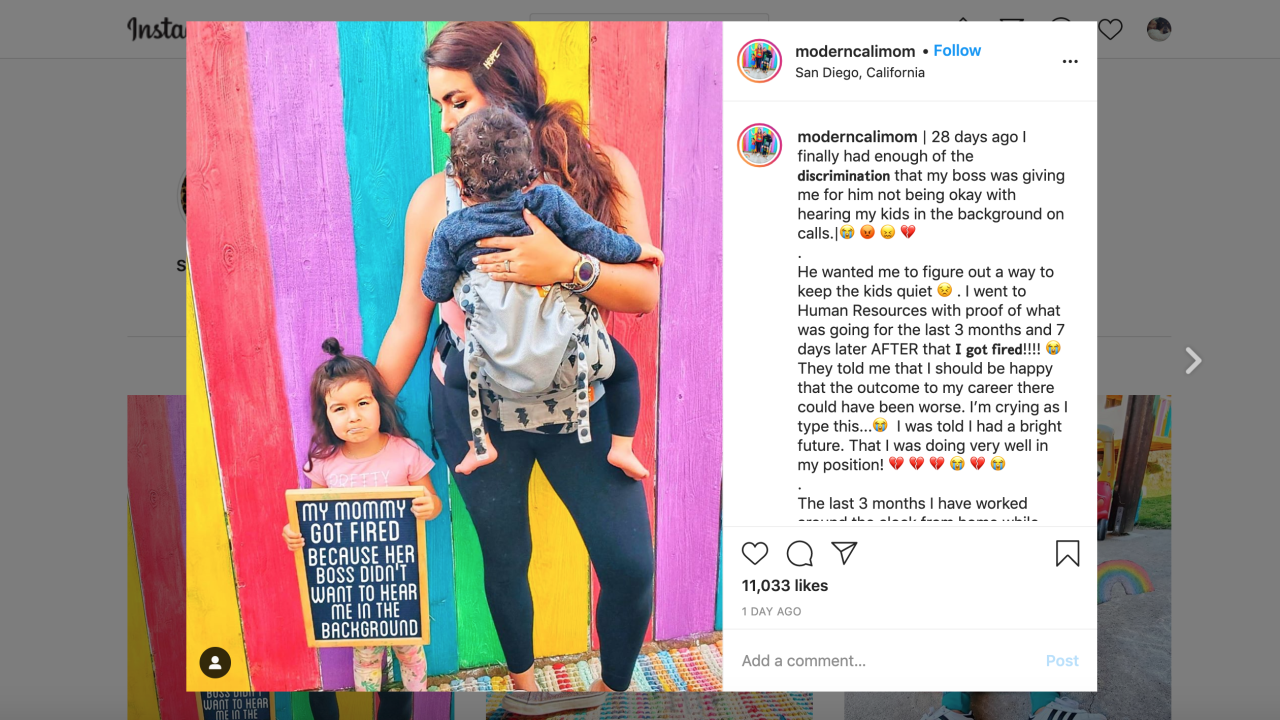 SAN DIEGO (KGTV)-- A San Diego mother says working from home during the coronavirus pandemic cost her her job. She claims she was fired because her kids were making noises in the background of her teleconference calls.

"We're letting you go," Drisana Rios said. That was what her Human Resources representative told her in a call earlier this month. She said she thought the call was supposed to help resolve her workplace problems. Instead, by the end of the call, she says she was fired.

Rios says it all began in mid-March when her bosses at an out-of-state insurance firm told her to work from home and telecommute via conference calls. This was in response to the state's COVID-19 lockdown orders.

Rios says all parents working from home received an email from the company's regional boss that read, "thank you for the incredible effort you are putting forth through these difficult times." She says it also said that they would avoid layoffs during the pandemic.

Like many parents, Rios was unable to find childcare for her four-year-old daughter and one-year-old son. Despite juggling parenting and working from home, Rios claims she was able to complete all her tasks. She adds that her clients never complained about her kids being in the background of her conference calls. The only complaints, she says, came from her male, direct superior.

She says she tried to arrange calls to be during her children's afternoon naptimes but claims her boss continued to ignore and demean her.

Rios then reached out to her HR department and asked how she should deal with the harassment she says she was experiencing-- a move she says that backfired a week later.

"She was shamed for having children, so she first elevated it to Human Resources," Daphne Delvaux, Sr. trial attorney at Gruenberg Law, said. "Human Resources took the side of the abusive manager, and terminated her for complaining."

Rios has since filed a lawsuit against both her direct boss and the company for Gender discrimination, Retaliation, Gender harassment, Failure to prevent gender discrimination, Negligent supervision, Intentional infliction of emotional distress, and Wrongful termination in violation of public policy.

In her complaint, Rios claims her HR representative told her that the company was "...experiencing a reduced revenue due to COVID-19 and they were laying [the] plaintiff off as a result of the pandemic." But Rios believes this was retaliation.

"The fact that they tried to cover it up because I went to HR, it's obvious what they did," Rios said.

ABC 10News reached out to the company headquarters for comment on this lawsuit. We have not heard back.