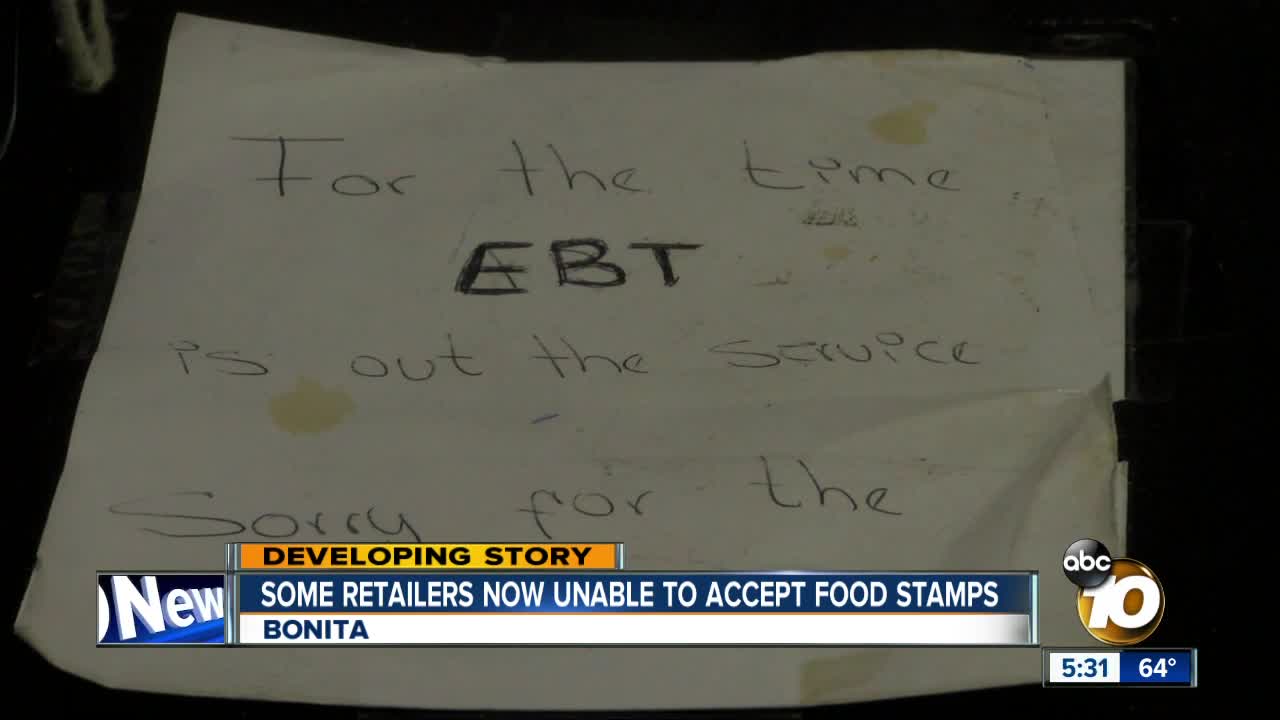 In the wake of the partial government shutdown, recipients of food stamps are learning some local retailers are no longer accepting their CalFresh cards. 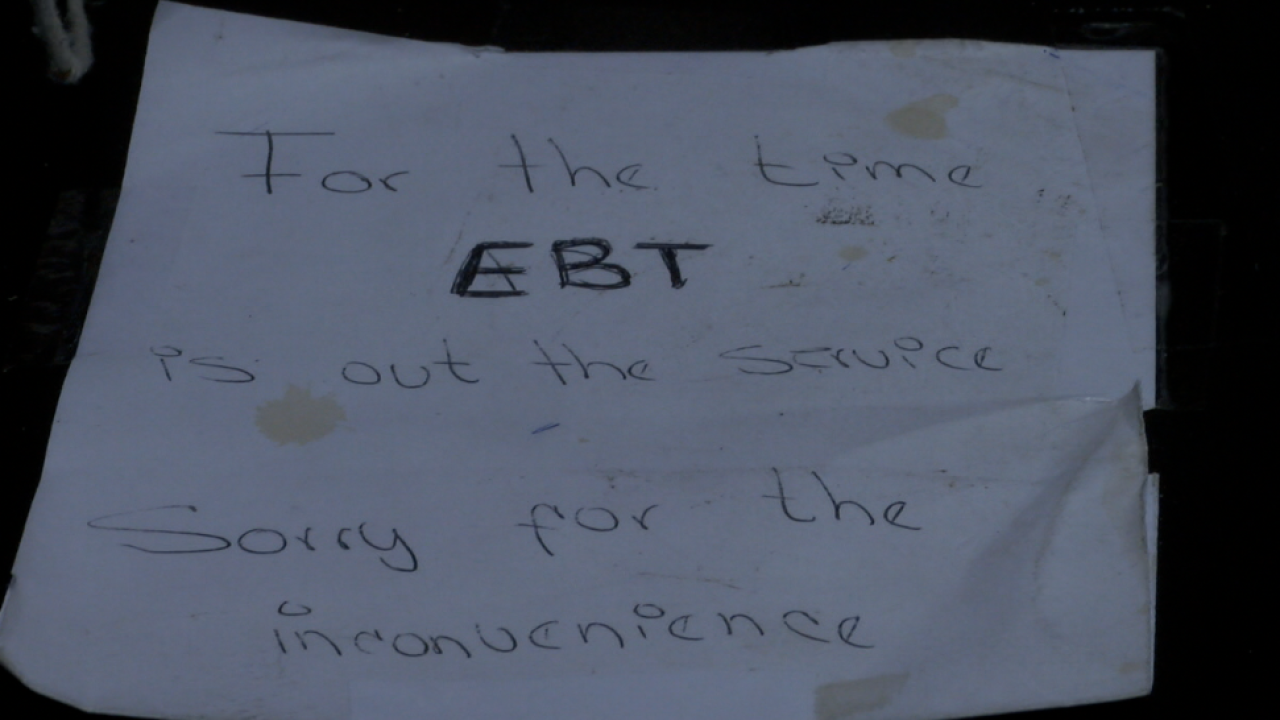 BONITA, Calif. (KGTV) - In the wake of the partial government shutdown, recipients of food stamps are learning some local retailers are no longer accepting their CalFresh cards.

From meats to produce - the selection at Bonita Farmer's Market draws customers like Mykyia Daneen. A single mom, she works part-time and receives about $350 in food stamp benefits every month. This month, she won't be able to use the benefits put on her EBT card at the store, which is one of nearly 20 recently listed by county officials as no longer accepting food stamps because of the government shutdown.

Every year, retailers have to renew their authorization to accept the cards. When store owner Sergio Jimenez tried to do that a few weeks ago, he learned there was no one that could help him.

"Just goes to voicemail. Very frustrating and many customers are upset," said Jimenez.

Jimenez says business is down about 10 percent because of the food stamp issues. Daneen says the new development hurts, because for her and others, the closest store is often a lifeline. She says she recently had to help a disabled friend take a bus from downtown to Pacific Beach just to get groceries using his food stamp benefits.

Daneen's most overriding concern is the fate of the food stamp benefits, which are funded through February. It's unclear what will happen if the shutdown continues. Daneen knows some will become desperate.

"I have friends who are thinking about prostituting just so their kids can eat. It's insane. For me, I need food stamps for me and my kid to survive. We're preparing for the world to end, or our world at least. Just so upsetting," said Daneen.