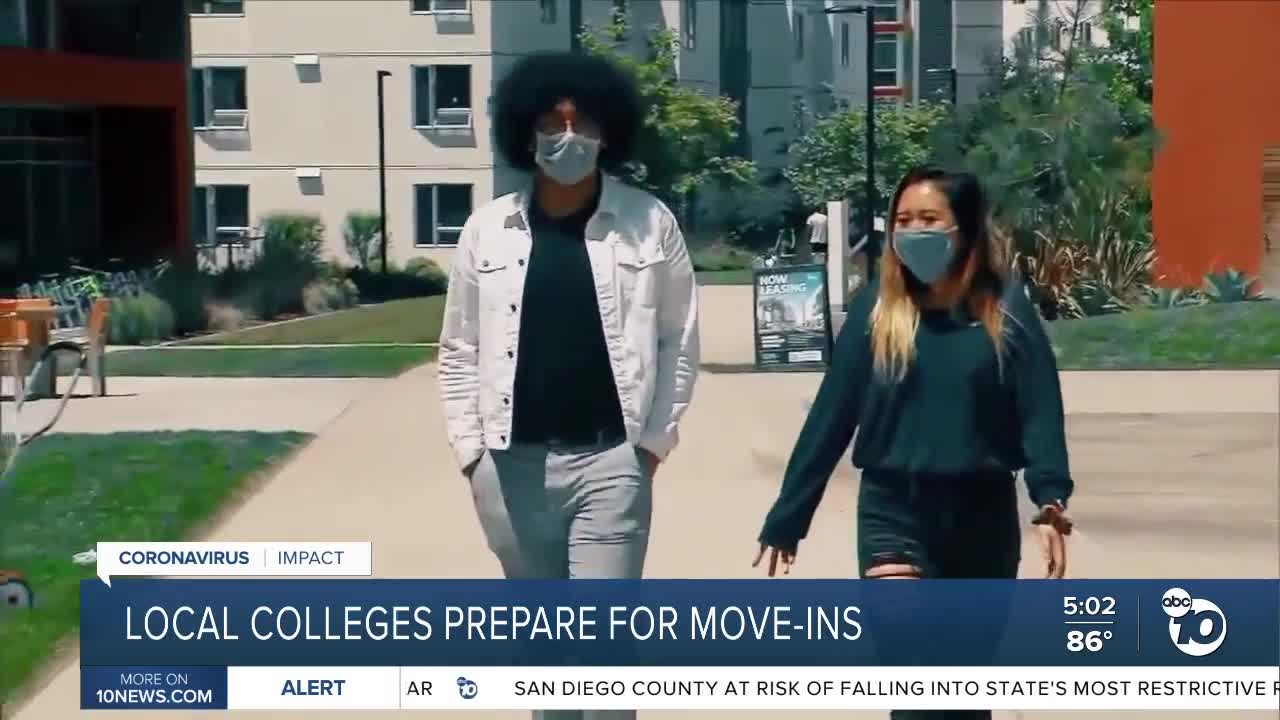 More San Diego college students will be moving back to campus this weekend.

SAN DIEGO (KGTV) — More San Diego college students will be moving back to campus this weekend, as San Diego State grapples with trying to reduce its cases more than three weeks after its fall semester began.

When SDSU started moving students back onto campus at the end of August, COVID-19 testing wasn't mandatory. Since Aug. 24, SDSU's cases on and off campus have climbed to 721 confirmed cases and 28 probable cases as of Wednesday.

SDSU is now requiring testing for any students living on campus.

Other local universities are planning to require testing as well.

"We have appointments for all of them to arrive at a certain time they'll be tested as they arrive before they move into the dorm," Schooley told ABC 10News anchor Lindsey Pena.

UCSD is expecting several thousands of students to move back to campus this fall. But school leaders say they're encouraged with what they've seen at other UC campuses.

At the University of San Diego, students will move back onto campus this weekend, though classes started a few weeks ago. The school decided to hold off on moving students back to campus. Only about 500 students will be in dorms, and 90% of classes remain virtual, a USD spokesperson tells ABC 10News.

All USD students moving back on campus will be tested when they arrive.

Point Loma Nazarene students moved back to campus earlier this week and were also required to be tested when they arrived.