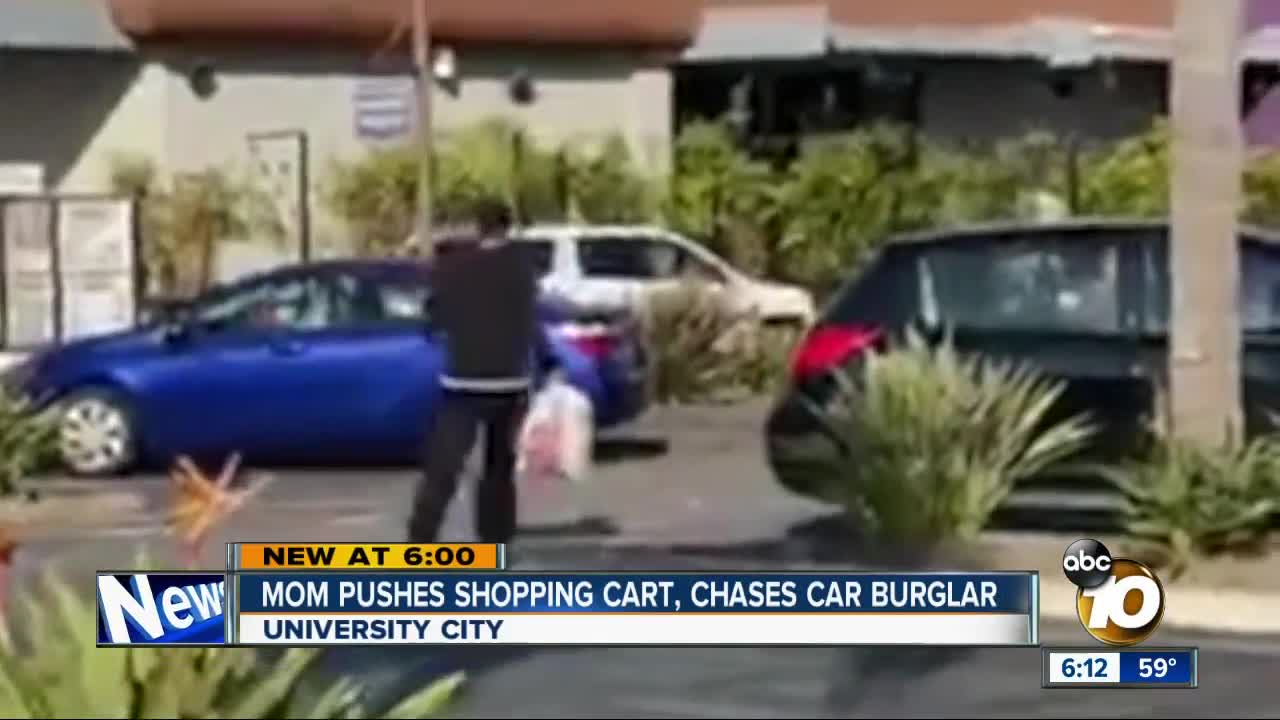 A mom shopping with her one-year-son leapt into action when she found a car burglar inside her SUV in University City. 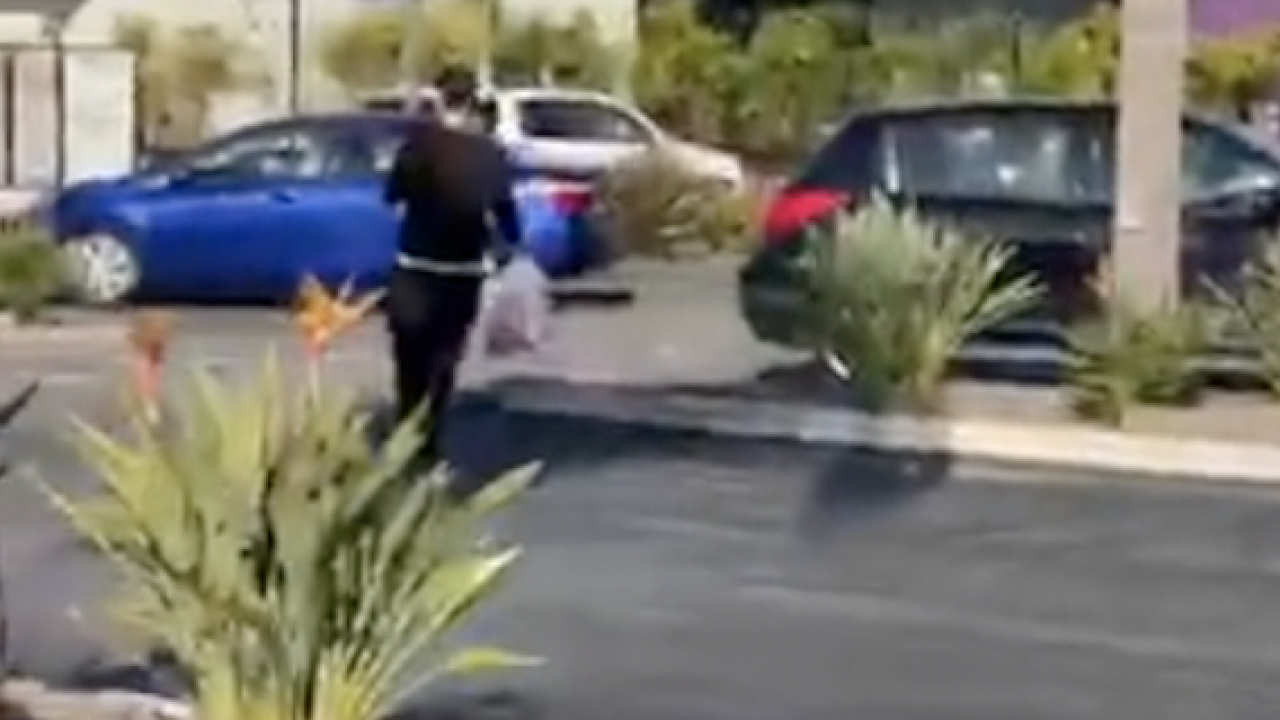 SAN DIEGO (KGTV) - A mom shopping with her one-year-son leapt into action when she found a car burglar inside her SUV in University City.

On Wednesday morning at the Vons on Governor Drive, Gloria spent about 15 minutes shopping inside. Her son was sitting in the cart. As soon as she pushed the loaded cart out of the store, her eyes zeroed in on her SUV, parked close to the store.

"I was kind of in disbelief. Someone was in the car and the passenger door was wide open," said Gloria.

Gloria saw a man rummaging through her center console and started screaming. She pushed every button on her key fob.

"The panic alarm actually went off. Scared the living daylights out of him, and he took off running," said Gloria.

Moments after, she found her phone in her purse and starting recording. Surveillance video shows her take off in his direction. Holding tightly to her son, she continued to scream. Still pushing the cart, she followed him.

Gloria has been a victim of three car burglaries in the past five years.

"I'm going to get you this time. You're not going to do this to anybody else," Gloria kept thinking.

Less than a minute later, she followed him across the parking lot to a U-Haul truck before he drove off. She got a photo of him and the license plate. Possibly realizing Gloria got video, the guy ditched the truck, which was recovered hours later. She says police told her it was loaded with stuff: some of her belongings and other items, likely stolen.

Police say the license plate led them to a local address, but the man wasn't there. Gloria says a few miscellaneous items were returned to her. A child's wallet remains missing.