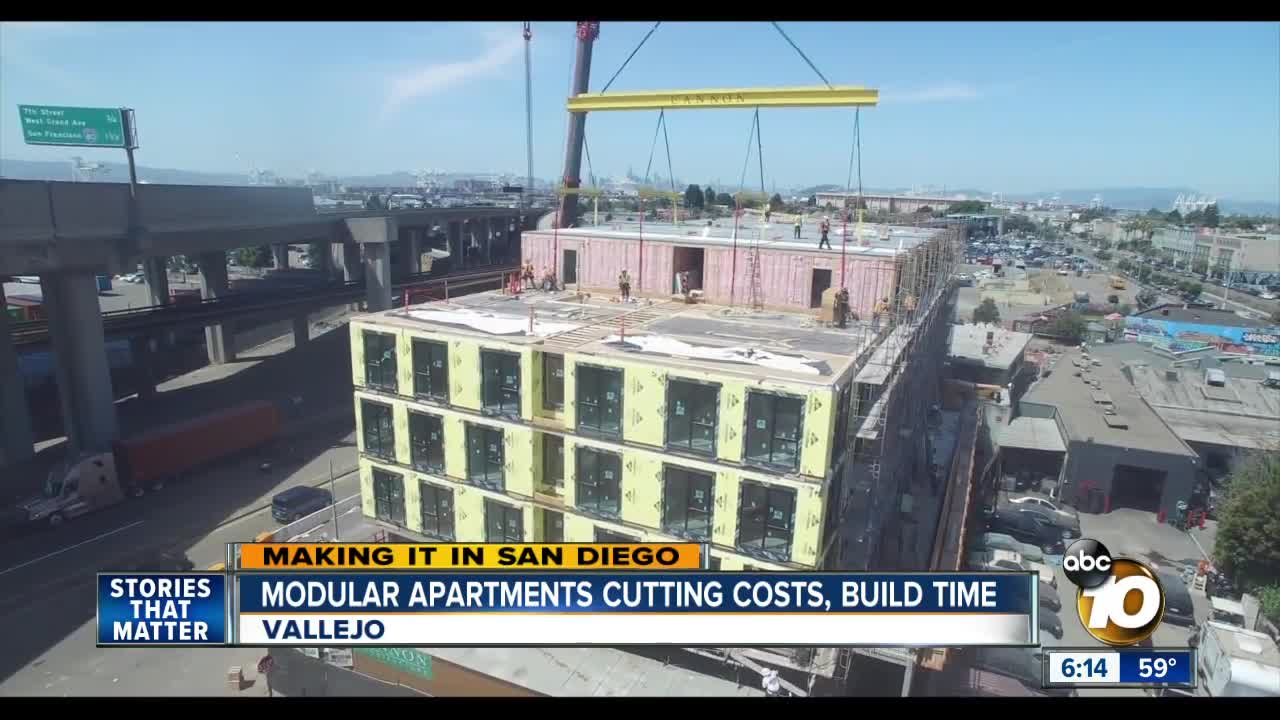 Could part of the solution to the state's housing crisis be built inside a factory, room by room? 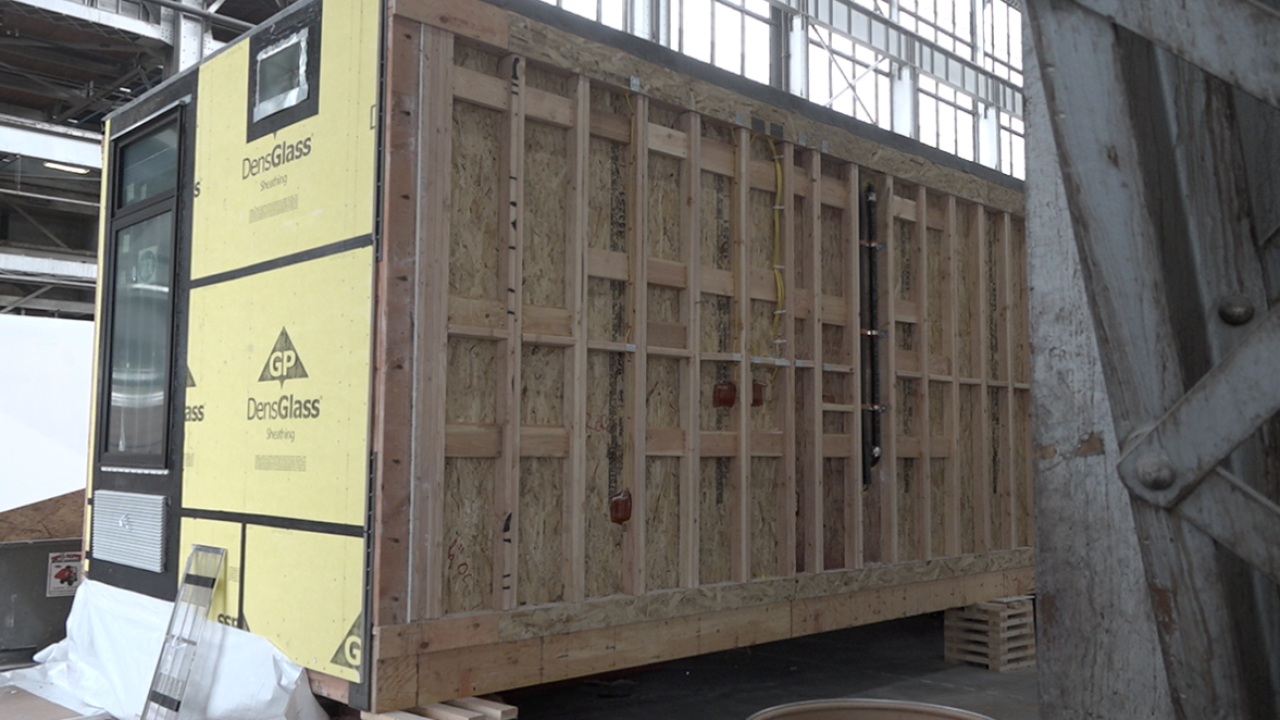 VALLEJO, Calif. (KGTV) - Could part of the solution to the state's housing crisis be built inside a factory, room by room?

Inside a 250,000-square-foot building in Vallejo, where the U.S. Navy once built submarines during World War II, a different sort of automation is on display.

"We think we're on the cutting edge of a huge change in housing construction," said Rick Holliday, CEO of Factory OS.

It is a change constructed with an assembly line.

"At the first station we're building a floor, and we're going to go up from there," said Holliday.

Similar to vehicles at an automobile plant, entire rooms are created, piece by piece.

The room modules are pushed along on industrial air cushions to 33 different stations and assembled by union workers. At one station, the walls are going up. At another, workers are measuring ceilings. Gradually, the rooms are moved along, as crews put in things like drywall, tiling, windows, and electrical systems.

"We can build the apartment much less expensively and in an automated fashion, more like a car," said Holliday.

Once complete, the pre-assembled modules are trucked to the building site and craned into place. The apartment building is assembled together like legos. The modules can be staggered and offset to help achieve modern designs. For the factory's first project, a 5-story, 110-unit building went up in Oakland in August, in just 10 days. After things like roofing, landscaping and the exterior are wrapped up, the building is set to open in about a month.

"You can build a home at least 30 percent faster and save 20 percent at minimum on construction costs. Developers want lower costs, faster build times and quality. We can give them all three," said Holliday.

Holliday says for affordable housing projects, those extra savings can turn into extra units and lower rents. So far, demand for his modular buildings has been high.

The company has already started to bid on possible projects in Southern Califorinia. Holliday says the costs of trucking the units would increase for those projects, but it would be a fraction of the cost savings from a modular project.

"We can continue to extend ourselves to San Diego if the demand is there," said Holliday.

When the Oakland project called the Union opens, it will have taken 11 months from start to finish. Holliday says a comparable project in the Bay Area could take 18 months to two years.