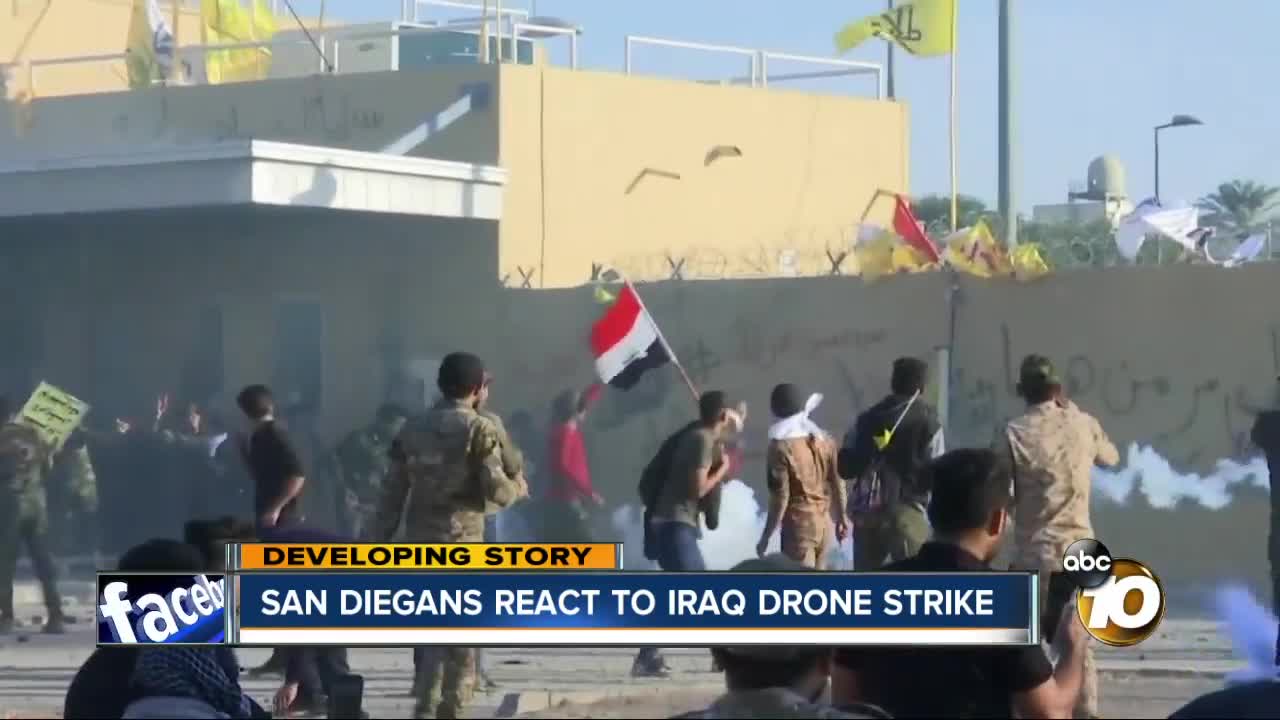 SAN DIEGO (KGTV) - Chants, speeches and a march through downtown streets Saturday illustrated the frustrations dozens of San Diegans felt regarding the possibility of a war in Iran, after the president ordered a drone strike killing a top Iranian general .

The protesters said they want tax-payer money spent in the U.S., not in foreign affairs, "the American people are against new conflict in the Middle East. We're against bombing innocent people and people in other countries. We want our money to be spent on things people really need here like housing, education and healthcare," Organizer Anzy said. She did not want to provide her last name for her own safety.

The protest was held from 2 p.m. - 4 p.m. in front of the Federal Court House near Broadway and Union Street.

It was organized by several groups including the ANSWER Coalition (Act Now to Stop War and End Racism), a group who held rallies across California.

10News spoke with Founder and Director of Iraqi Center for Immigration and Development, Jawdat Alobeidi, who said Iraq was thrust into chaos because of the Iranian general.

"Definitely a majority of Iraqi people [are] against him," he said now that he is gone, many are hopeful. "People feel safe, and feel happy."

He said the only people who supported the general did so under religious beliefs and their loyalty to Iran.

Alobeidi described some of the acts of terrorism Iraqis faced at his hands, "he [was] involved in the killing and kidnapping and raping of Iraqi people," adding he destabilized their economy.

Former Navy Pilot JIm Kidrick agreed the president's action was necessary, "this was a known terrorist leader, no one disagrees with that." He said the strike was 'surgically precise'.

"We needed to take some sort of action to indicate to the Iranians in this case that we are as serious as they are," he said.

Alobeidi said he hopes there will once again be peace in Iraq.