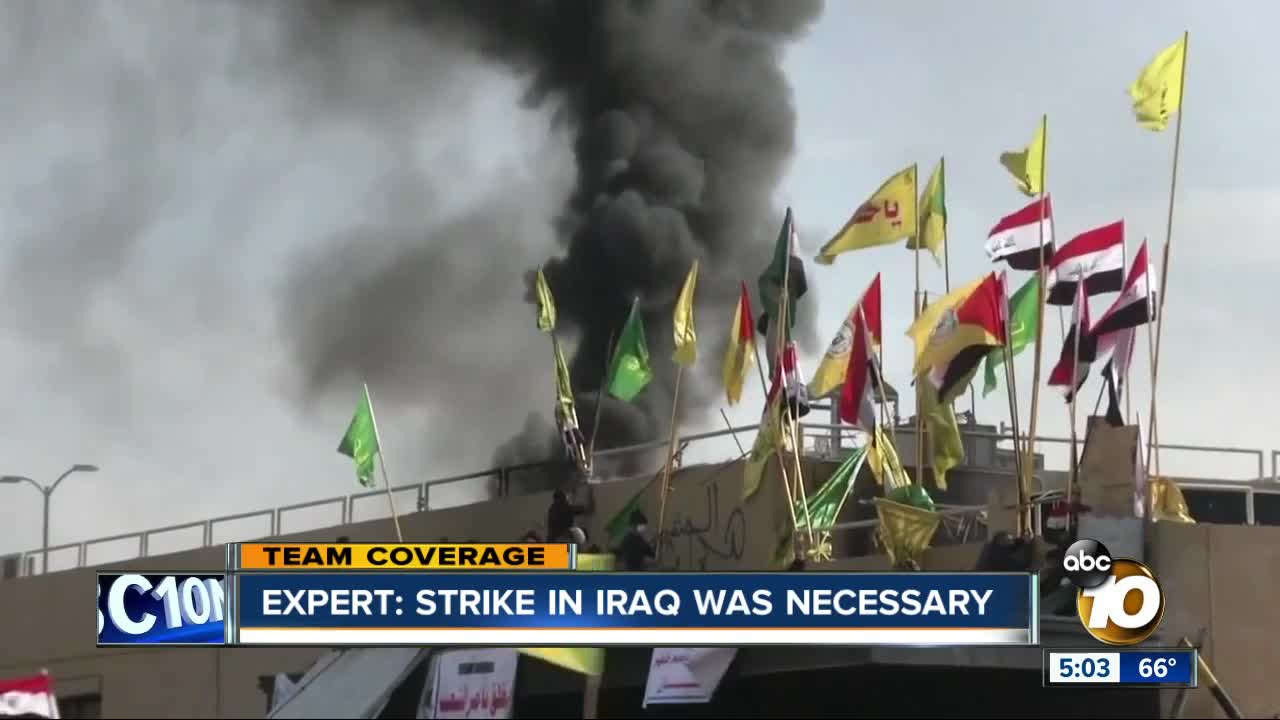 Top Iranian General Qassem Soleimani was killed in Iraq after the President ordered the strike.

Wilson said that mission saved lives, adding it was long overdue and Soleimani felt emboldened to continue to stir chaos.

"[Soleimani] was there to execute operations and kill Americans and many innocents as well," Wilson says. "Previous administrations including the Bush administration and the Obama administration allowed this general unbridled activity in the Middle East and at some point you have to stop that."

Former Navy Pilot, and Air and Space Museum CEO Jim Kidrick agreed, calling airstrike the "magic moment" and the strike was like a "surgical operation," saying the Marines had to be precise in their execution. A difficult task, he adds, when the insurgents don't fight fairly.

The fallout from the attack could go one of two ways, according to Wilson.

"I mean that's why many men join the Marine Corps, or any branch of the service, so they can deploy, so they can be part of the action. That's why they're there, to deploy. That's probably an increased possibility, but also I wouldn't focus totally on the Middle East. There are other parts of the world I would pay attention to as well," Wilson adds, referring to North Korea.