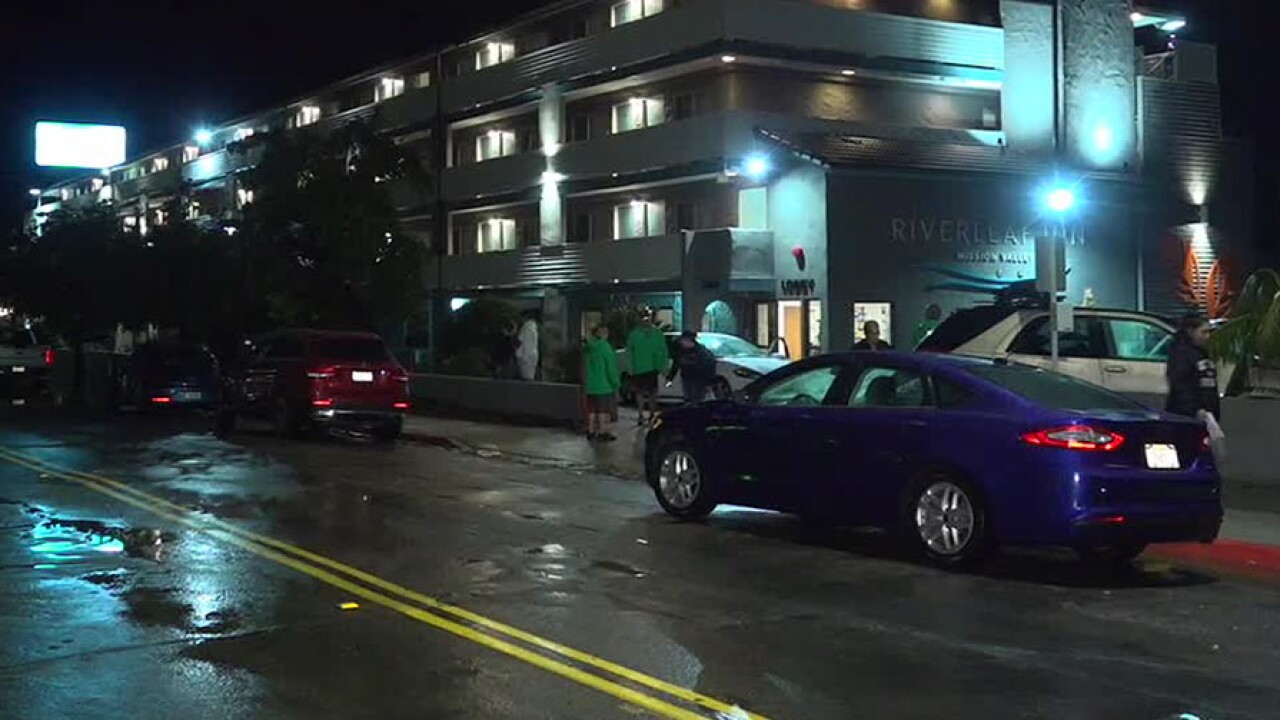 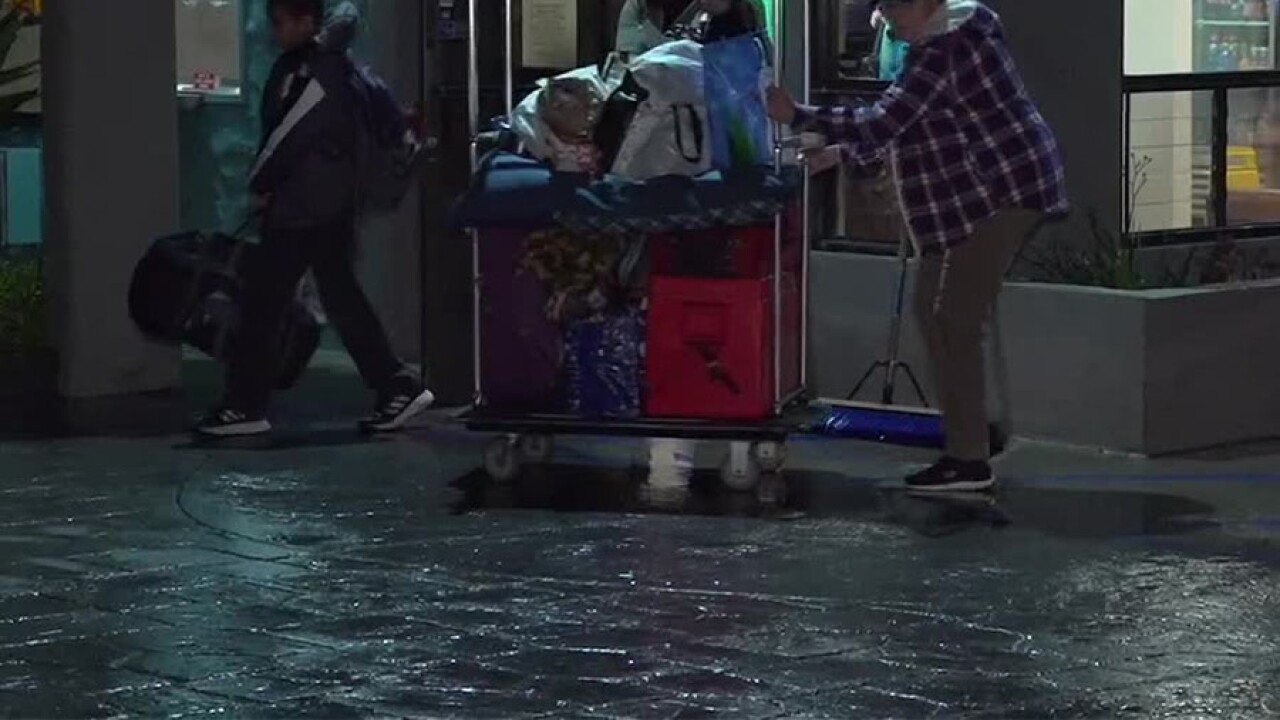 At around 11:30 p.m. Thursday, lifeguards and other emergency responders were called to the Riverleaf Inn at 2488 Hotel Circle Place after it was determined that water had reached the 12-foot mark on the Mission Valley depth gauge.

Hotel managers were advised to take precautions over the possibly hazardous conditions, leading to an evacuation order.

Guests packed up their belongings and left the hotel, with the hotel refunding them for their rooms and helping them find accommodations at other hotels.

In February 2017, the hotel -- then known as the Premier Inn -- was submerged by floodwaters following a strong storm. The flooding forced many guests to be rescued by lifeguards.

Since then, a new wall was installed around the hotel, as well as removable dams that can slide into place to prevent major flooding.