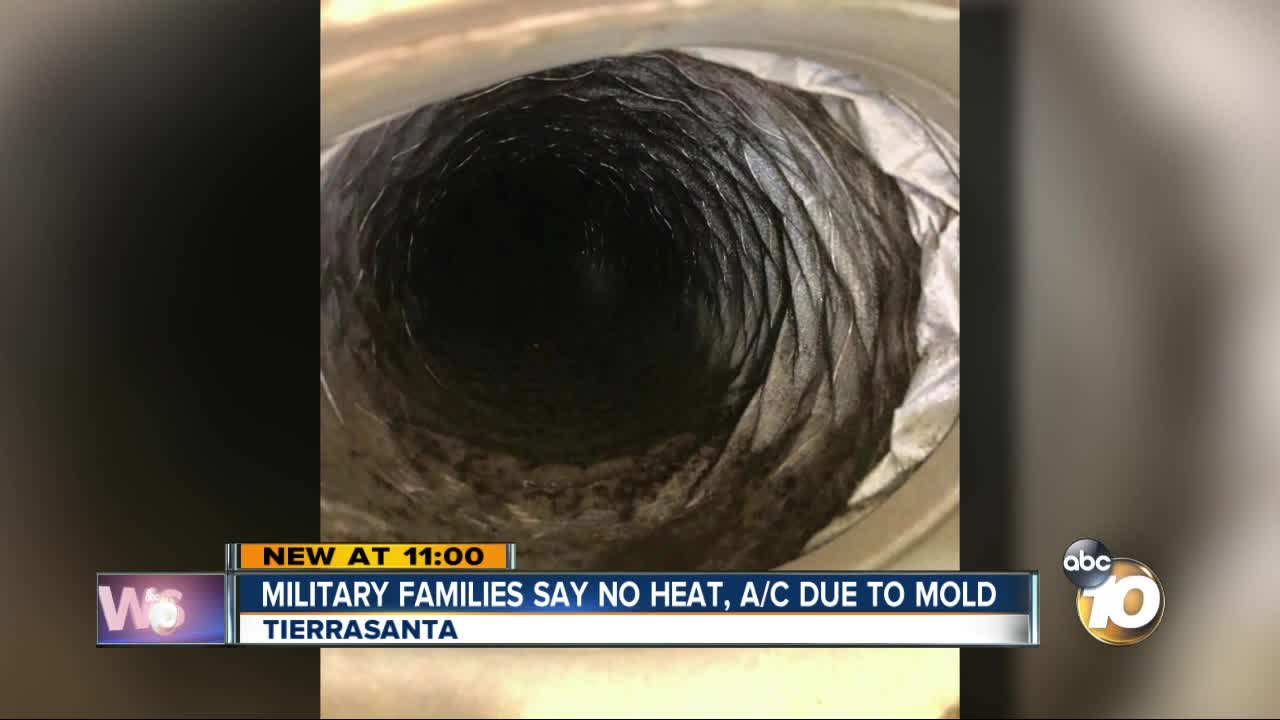 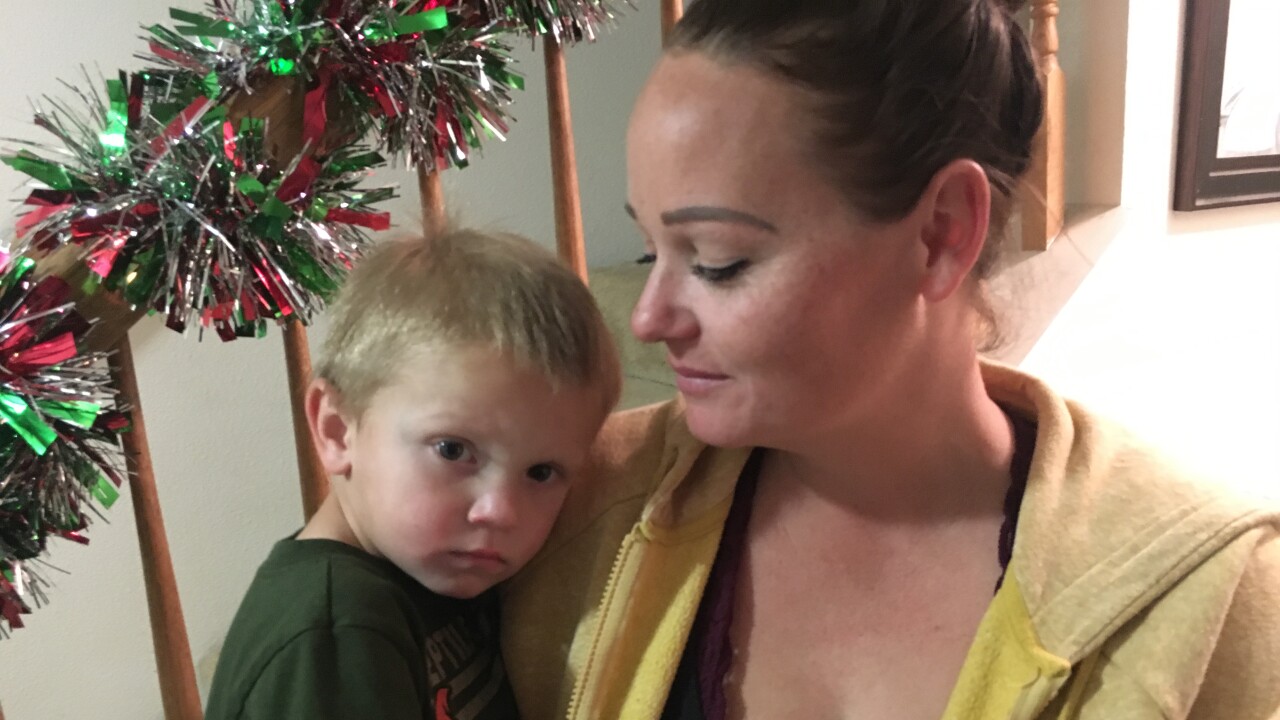 SAN DIEGO (KGTV) - Military families told 10News they are without heating and A/C due to mold in their air ducts.

The families live in Tierrasanta and say housing came into their homes mid-October.

Nancy Irvin has lived in the same home for six years with her military husband, 2-year-old son and 5-year-old daughter.

She said problems with the home started day one, "the upstairs was leaking down from the tub to the garage so all of our stuff that was in boxes was flooding."

"It's been sickness after sickness, cold, bronchitis, double ear infections everything," Irvin explained her children have been sick since they moved in and doctors haven't been able to tell them what's wrong.

"He's been coughing until he throws up at night," Irvin said while holding her crying toddler, Easton. She said even the dog developed a rash. She blames mold in their home.

Mid-October Irvin said housing came in, tested for mold, removed her vents an taped over the holes. She said the lack of heating is keeping her children awake at night.

She said a cleaning company came in to work on the vents but she wants more, "housing is doing nothing, they're not talking to anyone, they're not giving any information and it's just stressful."

Neighbors said they are dealing with the same issues, posting photos of black fluffy mold in the air vents.

In September, 10News reported on the Charvat family, who won a $2-million lawsuit against Lincoln Military Housing, saying mold also made their family sick at their home near the Marine Corps Recruitment Depot.

Their lawsuit is in the middle of the appeals process. LMH is working to appeal the amount of damages they will pay the family.

LMH responded to 10News with this statement regarding the Tierrasanta neighborhood:

Your ducts were inspected today and they will require us to encapsulate your
vents and turn off your HVAC system. We will provide small space heaters and/or a
portable A/C upon request. We will be processing a check to you equal to your daily
BAH/Rent Rate starting the day we turn off your HVAC system, until the day we turn it
back on. Please allow 7 to 10 business days after your HVAC system has been turned
back on for the check to be processed. Please also keep in mind that based on
scheduling we may need to have your HVAC system turned off for up to two weeks, but
we hope to have your ducts cleaned and your HVAC back on as soon as possible.
Steps We Will Take: We will first engage a third-party National Air Duct Cleaners
Association (NADCA) certified contractor to perform a thorough cleaning with a negative
air system. This system pulls air through the ductwork, furnace and blower, similar to a
vacuum, collecting any debris, dust or other contaminants that are inside. Importantly,
this system does not release any material cleaned from the ducts into the home. The air
duct cleaning is then followed by cleaning with a brush system, which gently but
effectively cleans the ducts. Finally, a fogging of the ducts is performed with a microbial
cleaning agent.
What do you, the resident, need to do? Personal belongings within 5 feet of any
HVAC vent/register need to be relocated/moved. The contractor will use plastic to cover
personal items in close proximity to the vents even though this system does not release
any material into the air. While the cleaning is taking place, you will be temporarily
displaced from your home for no more than 8 hours (typically 5 hours). As a result of
this inconvenience, we will provide you with a Visa Gift Card in the amount of $25 per
person (for individuals listed on your lease) on the day of your duct cleaning.

Irvin said she was supposed to have heaters brought to her home Thursday, but no one came to her door.

Irvin said she wasn't being reimbursed.

She hopes sharing her story will encourage others facing the same issues to come forward.