Mercedes-Benz slams into side of home in Bay Ho 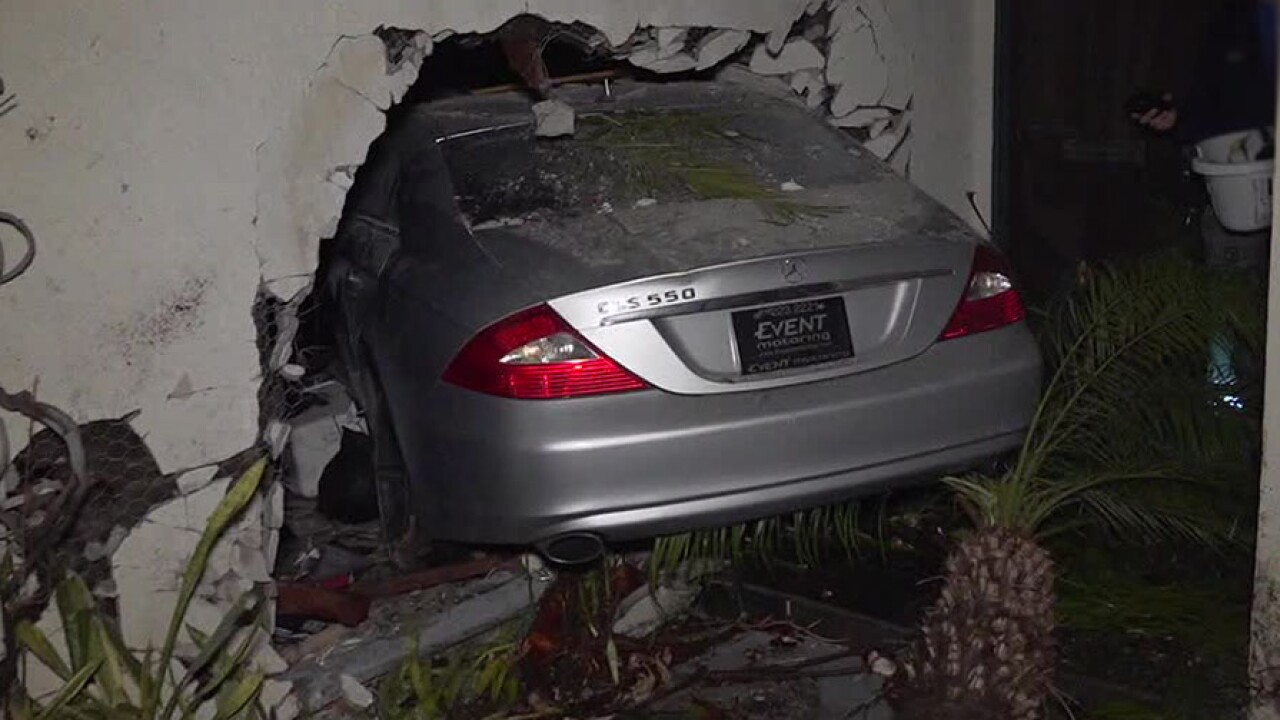 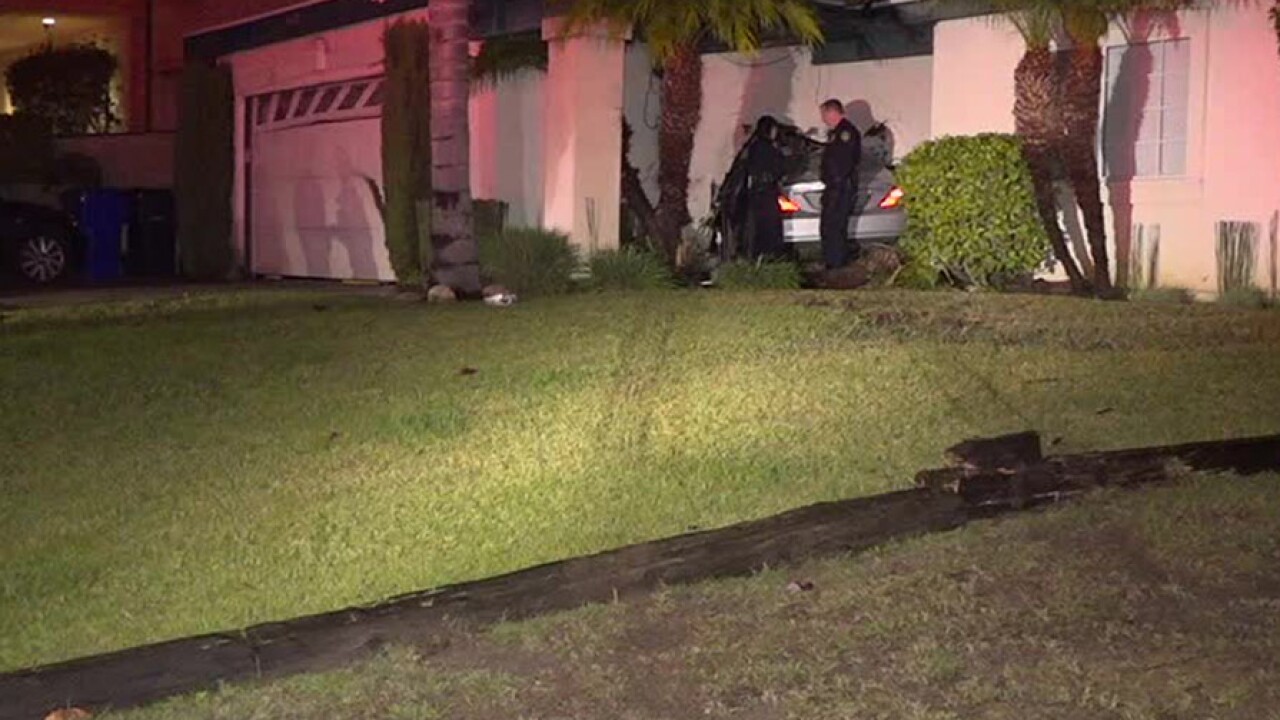 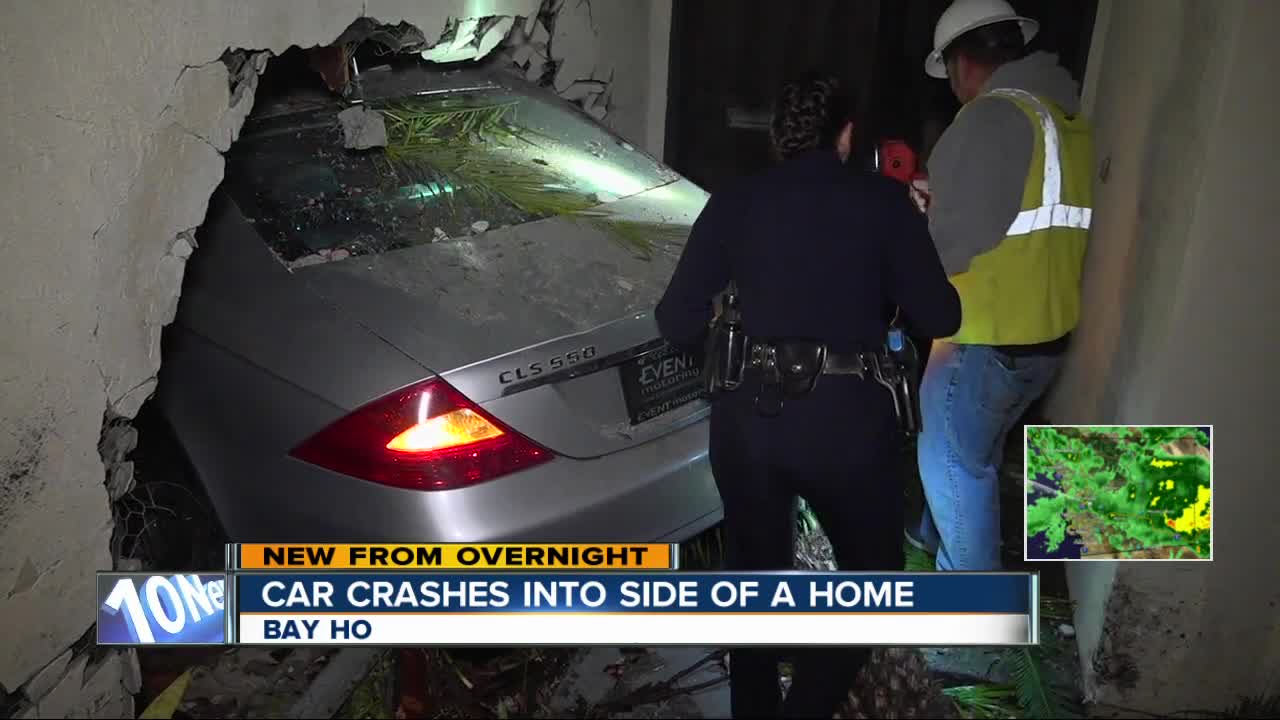 SAN DIEGO (KGTV) - A family woke up early Thursday morning to a Mercedes-Benz sedan lodged in the side of their Bay Ho home.

The incident happened at around 2 a.m. in the 4100 block of Huerfano Avenue, according to San Diego police.

10News learned three people were inside the brand-new Mercedes when it somehow lost control, veered onto a front lawn and slammed into the house a few feet from the front door.

The homeowner told 10News he was inside his garage just minutes before the crash, but he was not injured. His two young children were in the home but were unharmed.

The Mercedes’ driver was taken to the hospital with unspecified injuries.

Another man in the car was arrested on an outstanding warrant, police told 10News.