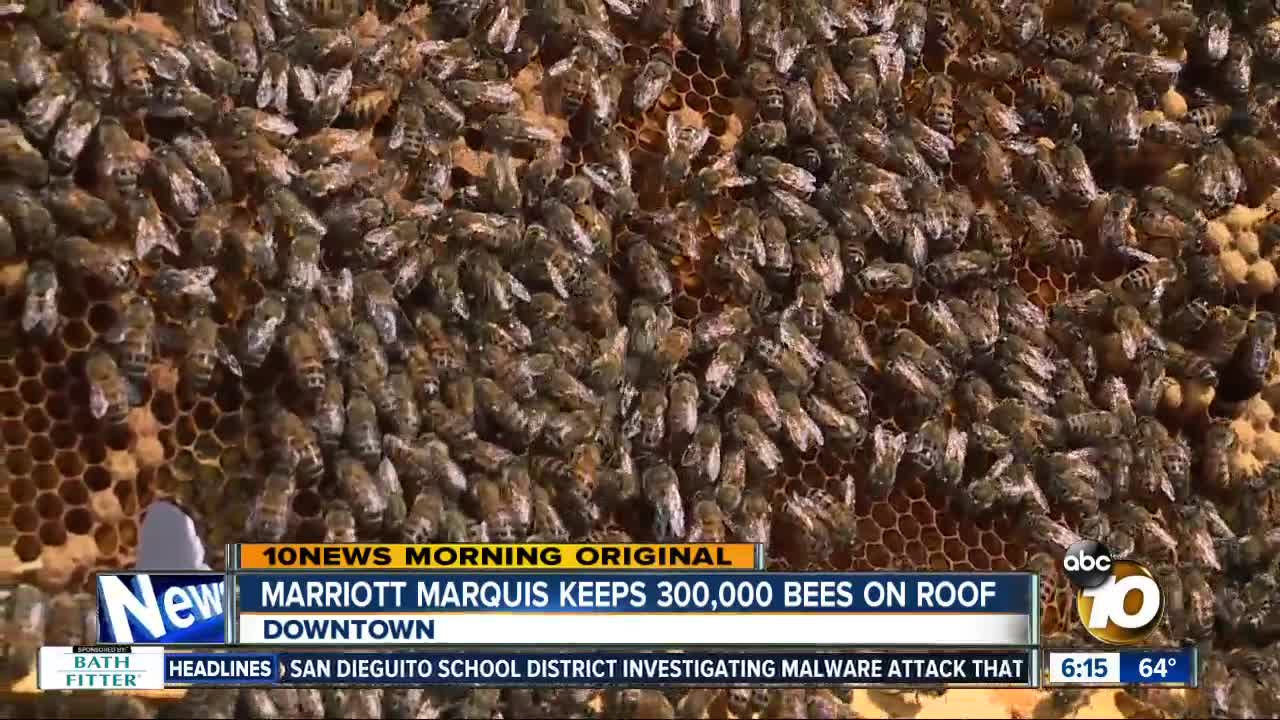 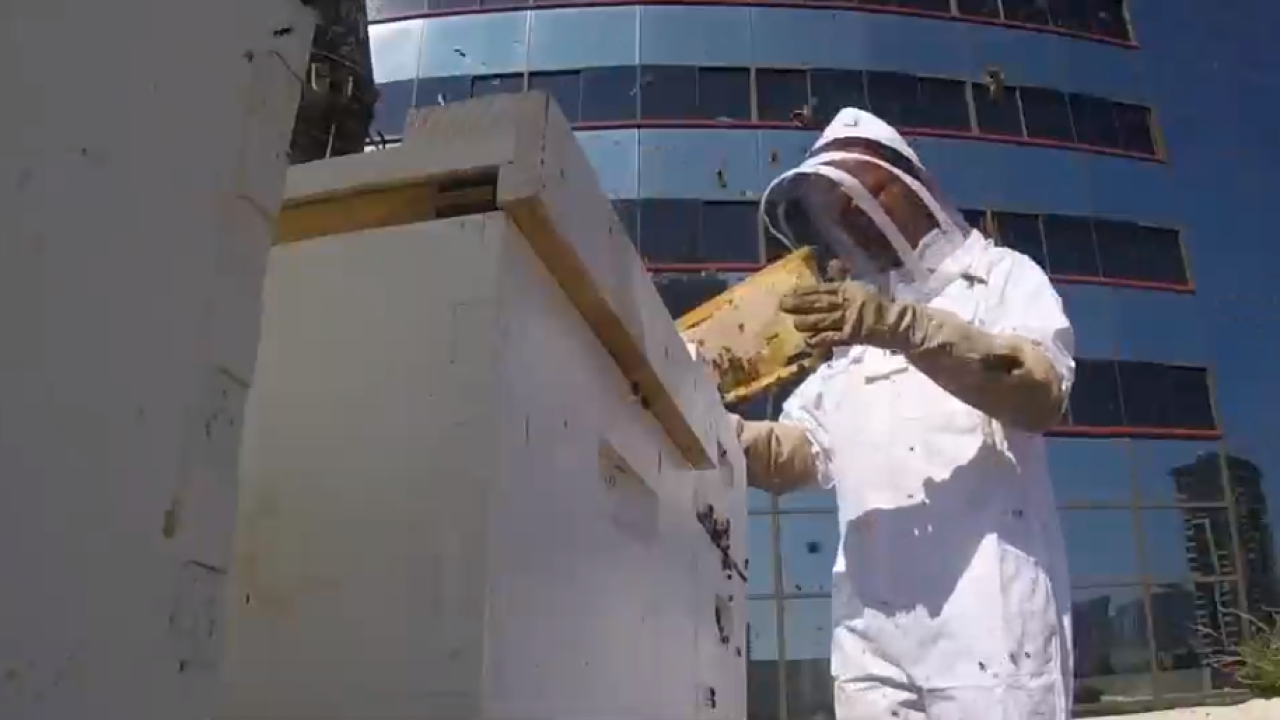 SAN DIEGO (KGTV) - A colony of 300,000 bees lives on the roof of the Marriott Marquis in Downtown San Diego, and the hotel says that's perfectly fine with them.

In fact, they planned it that way.

The bees are part of Bee Leaf USA's Urban Bee Keeping program, which is an effort to help the struggling American Honey Bee population.

"This is the absolute most fantastic thing we can do for beekeeping at this point," says Travis Wolfe, from Bee Leaf USA.

"For a corporate entity to onboard something as outlandish as honey bees to offset their carbon footprint is one of the most moving and engaging things that one of these businesses can do," he says.

The bees have been on the roof for about five years. They gather pollen in a three-mile radius around the hotel.

They also make honey -- lots of it.

"They make about 7 gallons a year," says Wolfe. "That really is an enormous amount to consume."

Fortunately, the hotel's Marina Kitchen and Bar helps use the honey.

"The ethos of the restaurant is to be as local as possible," says Executive Chef Aron Schwartz. "What could be more local than our roof?"

Schwartz has put the honey in seasonal offerings for the last few years. Recently, it's been part of the salad dressing in their tomato and cucumber salad. It's also been featured on the charcuterie board and in a honey almond cake.

"It's about being restrained," says Schwartz. We're not going to put honey into 16 dishes. We're going to put it in one or two."

This month, the bar is adding a honey-infused whiskey to several of its cocktails. They've partnered with Malahat Distillery in Miramar, which is aging their whiskey for six months in barrels coated with honey from the roof of the Marriott.

"We get a more naturally infused honey flavor out of that than some of the bigger producers who just stir honey into the whiskey," says Bar Operations Supervisor Michael Girard.

"It tastes amazing. You can smell the honey, you can taste the honey, but it's not a sweet sugar bomb," Girard says.

The drinks will be available throughout the summer. Meanwhile, the bees will stay on the roof indefinitely.

"It really is a true demonstration of fantastic sustainability," says Wolfe.