Marines, sailors from USS Boxer return to San Diego in time for Thanksgiving after long deployment 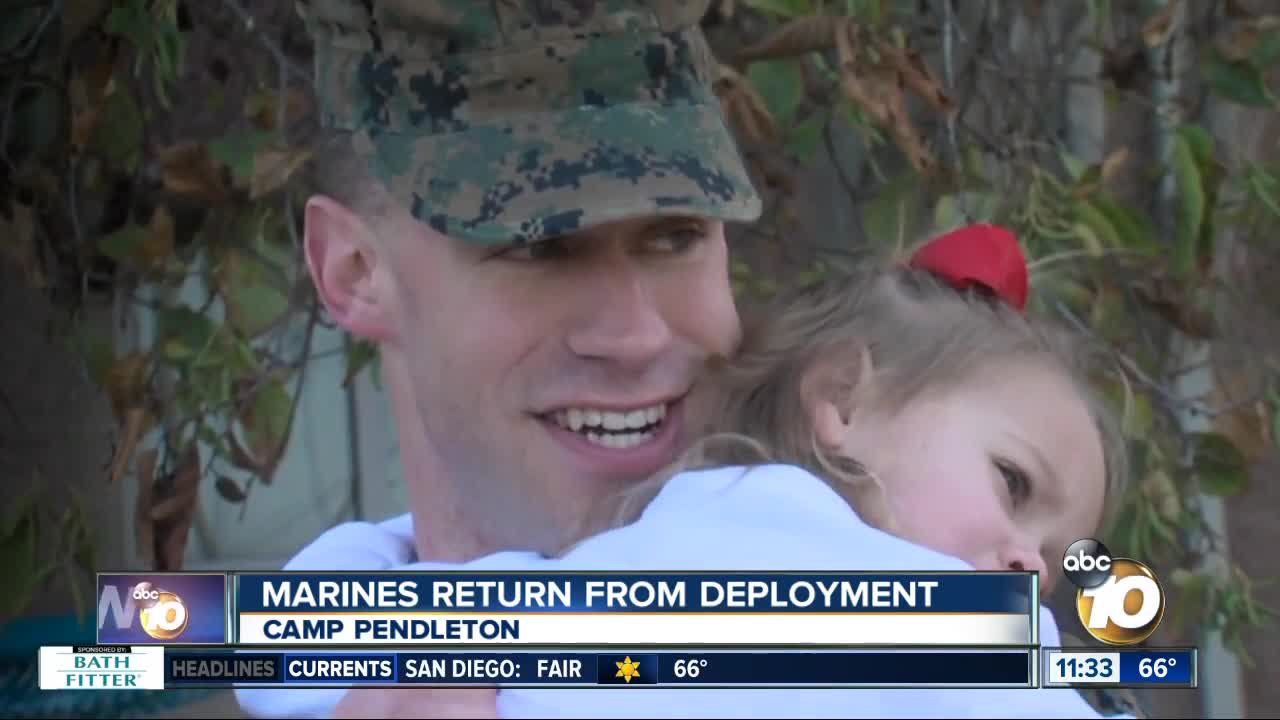 Hundreds of Marines and sailors came back home in waves off the USS Boxer, just in time for the Thanksgiving holiday.

SAN DIEGO (KGTV) -- Hundreds of Marines and sailors came back home in waves off the USS Boxer, just in time for the Thanksgiving holiday.

Following a lengthy deployment, servicemen and women with the 11th Marine Expeditionary Unit arrived in San Diego Tuesday via an amphibious landing at Camp Pendleton and aircraft landing at MCAS Miramar.

A group of Marines and sailors also touched down at a base in Yuma, Arizona, Tuesday morning.

At all of the locations, family and friends greeted the servicemen and women with smiles, hugs and kisses.

The servicemen and women left San Diego on May 1 and spent the past seven months conducting training and other operations in the Middle East and southeast Asia.

Col. Fridrik Fridriksson, commanding officer of the 11th MEU, said, "We have traveled a long way and the Marines and Sailors of the 11th MEU have risen to every challenge. They have built important partnerships and have been ready to help, ready to respond, and ready to fight if necessary. I am incredibly proud of each and every Marine and Sailor in the ARG/MEU team."