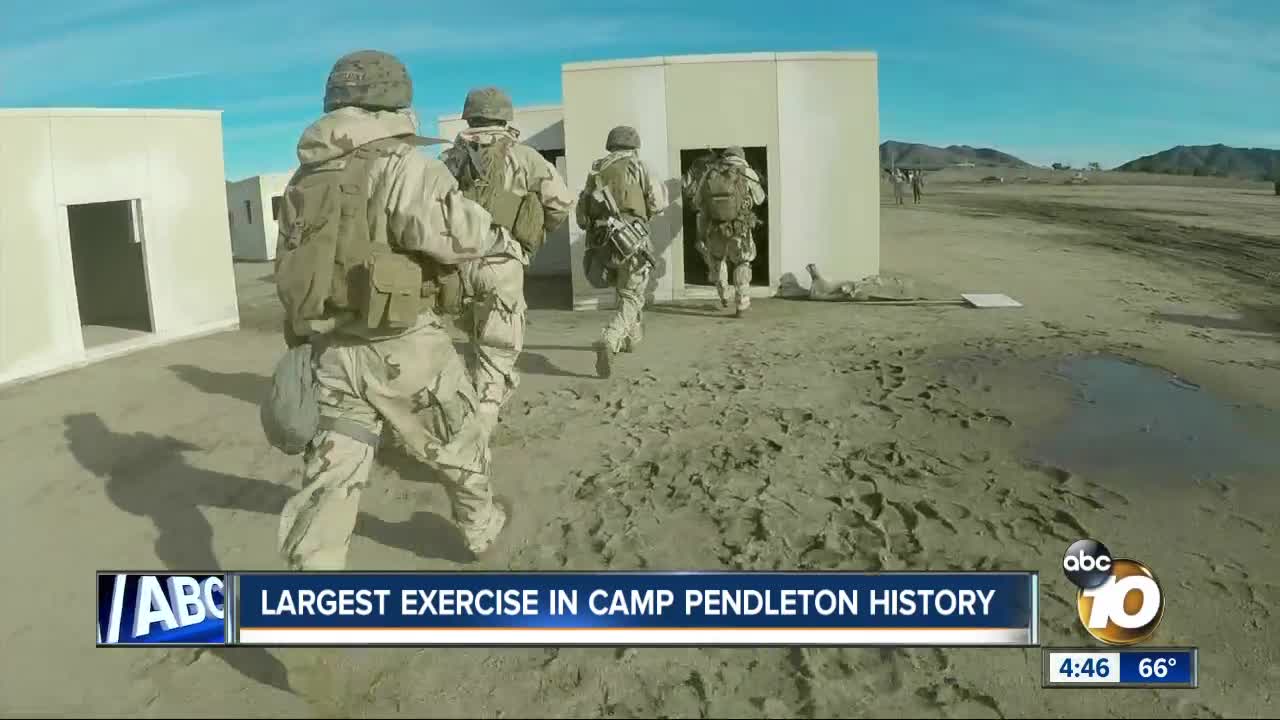 Thousands of US Marines stormed a makeshift town today as part of the largest amphibious exercise in Camp Pendleton's history. 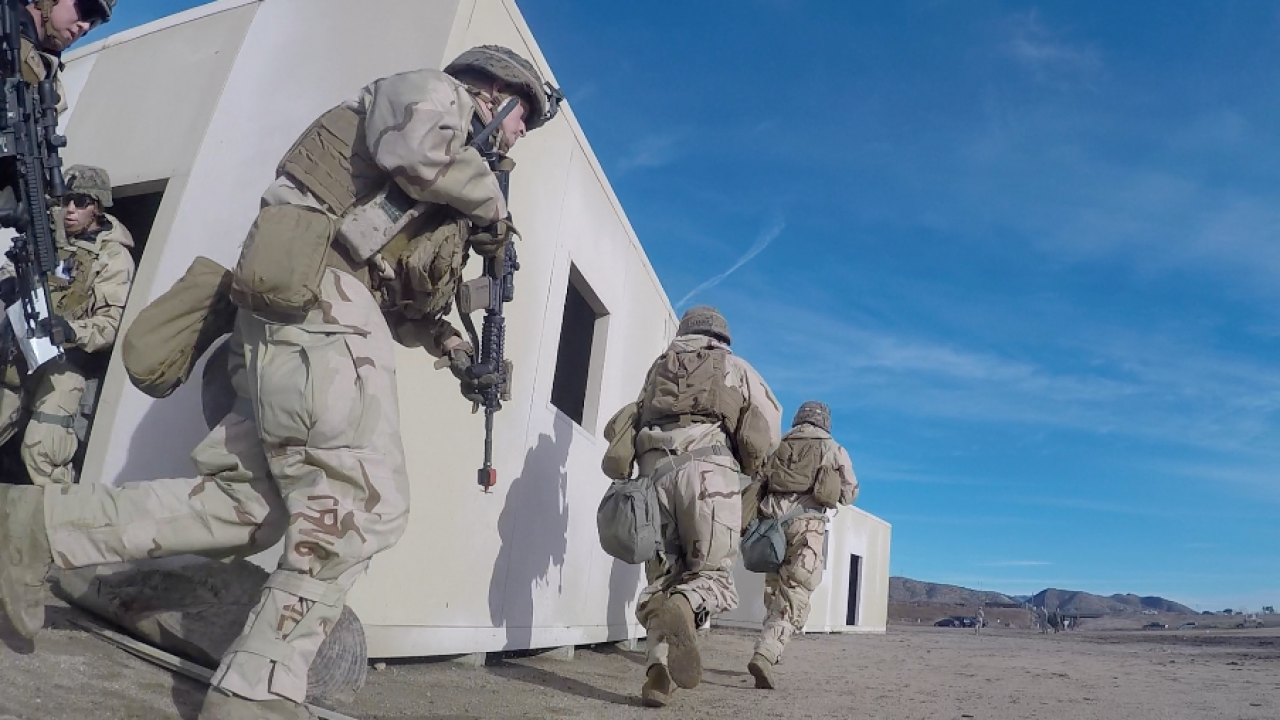 With their guns drawn and light on their feet, the Marines at Camp Pendleton have one objective: secure the Red Beach Combat Town.

The town is a collection of makeshift structures off Las Pulgas Road just west of Interstate 5.

The scenario was this: The soldiers are fighting the enemy from a near-pier threat. The Marines got battle-ready at sea, aboard the USS Somerset and USS Macon Island, thanks to their special partnership with the US Navy.

"We spend a lot of time on ship, a lot of time coordinating with the sailors themselves inside the welded deck inside the ship," Amphibious Assault [AAV] Section Leader, Sgt. Kenneth Larkin said. "Being able to rely on each other for the safety of our vehicles and our members, it's phenomenal."

From ship to shore, the men and women arrive on their AAV. They creep onto shore at seven mph, then book it on land. The crew drops off the infantry, ant the combat simulation begins.

"The Marine Corps prides itself on being amphibious, so this is one of those exercises where the division gets involved. The entire division of Camp Pendleton," Infantry Platoon Sgt. Ethan Rhoades said. "It basically hones our skills to actually go from ship to shore and to seize an objective likely would in a real-time conflict."

For two weeks straight, the men and women will repeat the aerial and amphibious exercises. Tough training in the elements will prepare them for real-life scenarios.

"This what we're trained to do. And get it done no matter what happens," Sgt. Rhoades said.