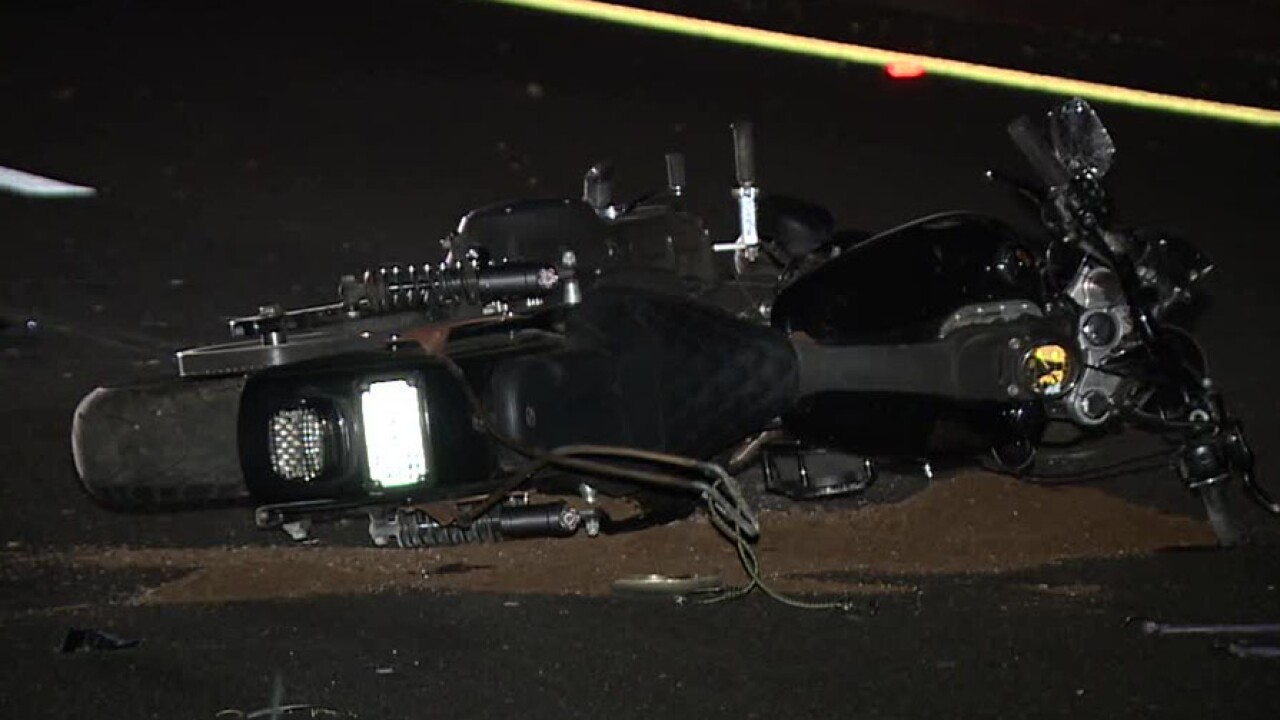 LA MESA, Calif. (KGTV) -- A two people are being sought following a motorcycle crash in La Mesa that left one person dead.

The crash occurred just before 11:20 p.m. Thursday on the northbound state Route 125 ramp to westbound I-8, according to the California Highway Patrol.

Witnesses told the CHP they spotted three people riding on a motorcycle just before the bike crashed.

According to witnesses, a man wearing a helmet and a woman ran from the scene after the wreck, leaving the third person behind.

The victim died at the scene, 10News learned.

Authorities are looking into whether the motorcycle was involved in a police chase that happened near the same area earlier in the evening.