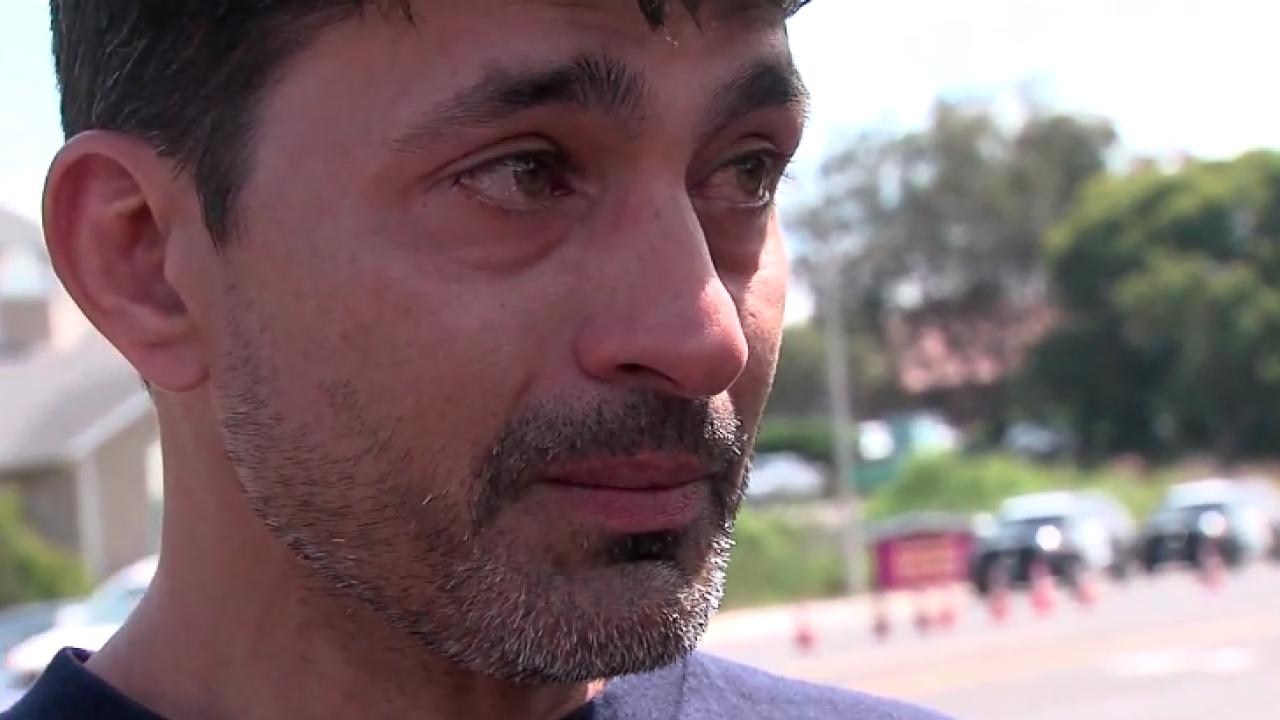 POWAY, Calif. (KGTV) -- The man who says he chased the suspected Poway synagogue shooter out of the building spoke out in an interview Sunday morning.

“This is an evil person whose religion is hate,” Oscar Stewart said of John Earnest, 19, who is accused of opening fire inside the Chabad of Poway, killing one woman and injuring three other people, including an 8-year-old girl.

Stewart says he is an Army veteran who served in Iraq.

According to Stewart, he normally sits in the front of the synagogue, but on this particular day, he was in the back.

“For some reason I just got up before the Torah reading… I just got up and I went to the back for no particular reason,” Stewart said.

Stewart says when he heard the first shots ring out, he ran toward the shooter and yelled at him.

“When I shouted, they said that it sounded like four men shouting. I don’t know if that was me or if that was an angel, if you believe in angels, or what made that noise.”

According to Stewart, the shooter looked at him before running out of the building.

Stewart says, when he chased the suspect, he wasn’t alone. An off-duty border patrol agent also chased after the suspect.

Stewart says the agent was trying to pop the tires on the suspect’s car. “He shot at a parked car. We were trying to immobilize the vehicle. He was shooting at the wheels.”

It was then Stewart says he reentered the building to a gruesome scene.

“When I came back into the building, I saw the rabbi, he was bleeding from his hands. I immediately went to the lady on the floor and started doing CPR on her. She didn’t make it,” Stewart said.

The shooting happened at Chabad of Poway on the 16000 block of Chabad Way around 11:30 a.m. Saturday.

Earnest is scheduled to appear in court on Wednesday, May 1.