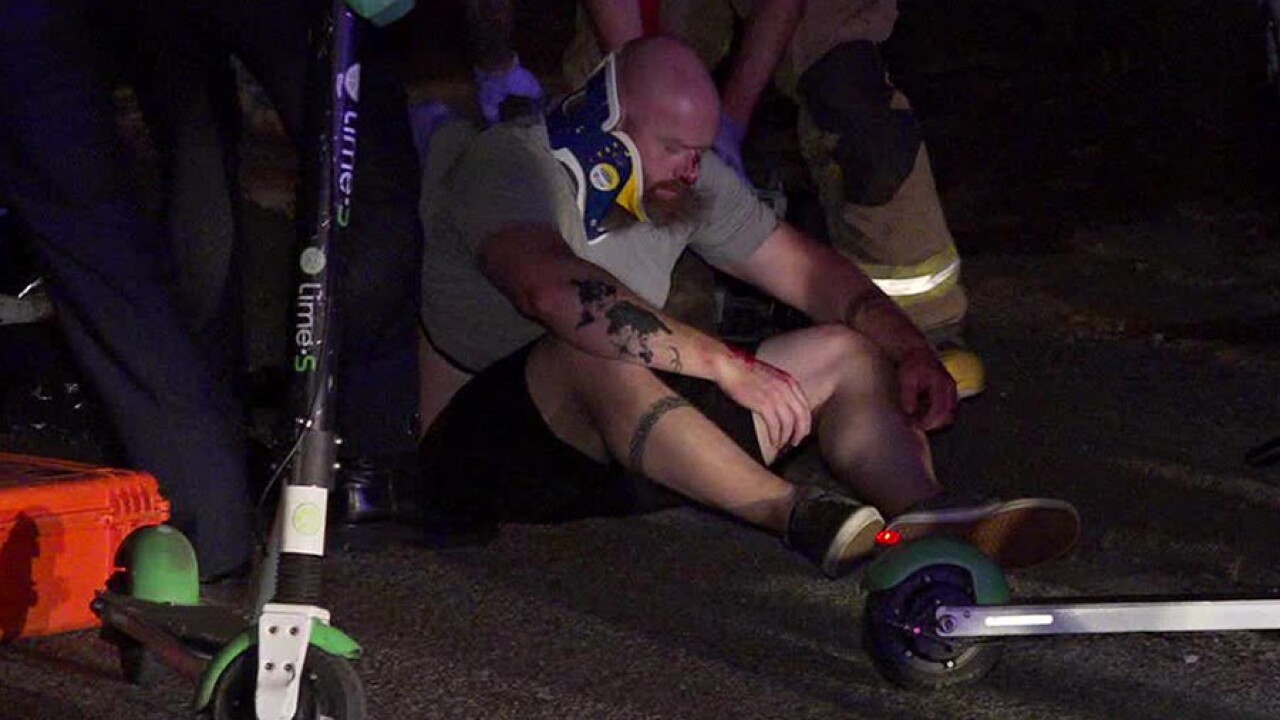 SAN DIEGO (KGTV) – A man riding a dockless scooter was taken to the hospital Wednesday after authorities said he crashed while riding on a freeway on-ramp in Mission Valley.

The wreck happened at around 1 a.m. on the Texas Street on-ramp to eastbound Interstate 8, according to the California Highway Patrol.

10News learned a group of friends were riding scooters onto the on-ramp when one of the men rode over gravel and crashed.

The rider was knocked unconscious for several minutes as paramedics were called to the scene.

The man was taken to Scripps Mercy Hospital with injuries of unknown severity.

There is no word on possible charges stemming from the incident or if drugs or alcohol were factors in the crash.