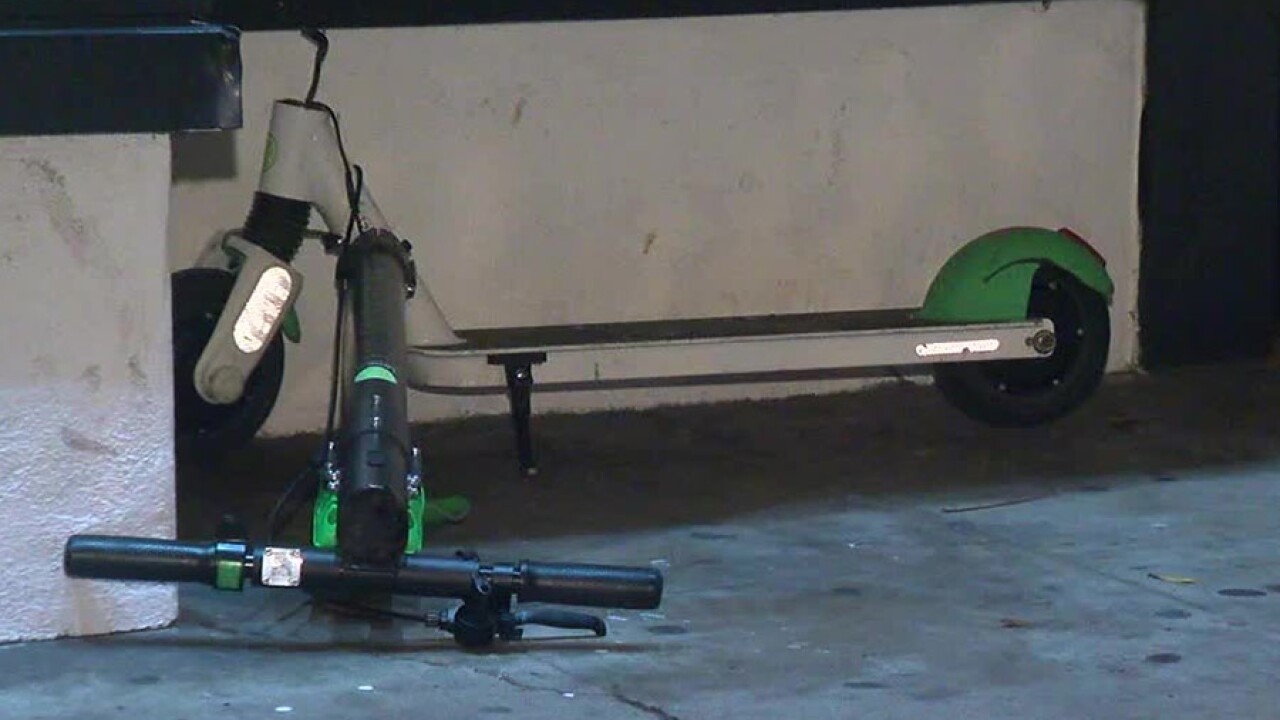 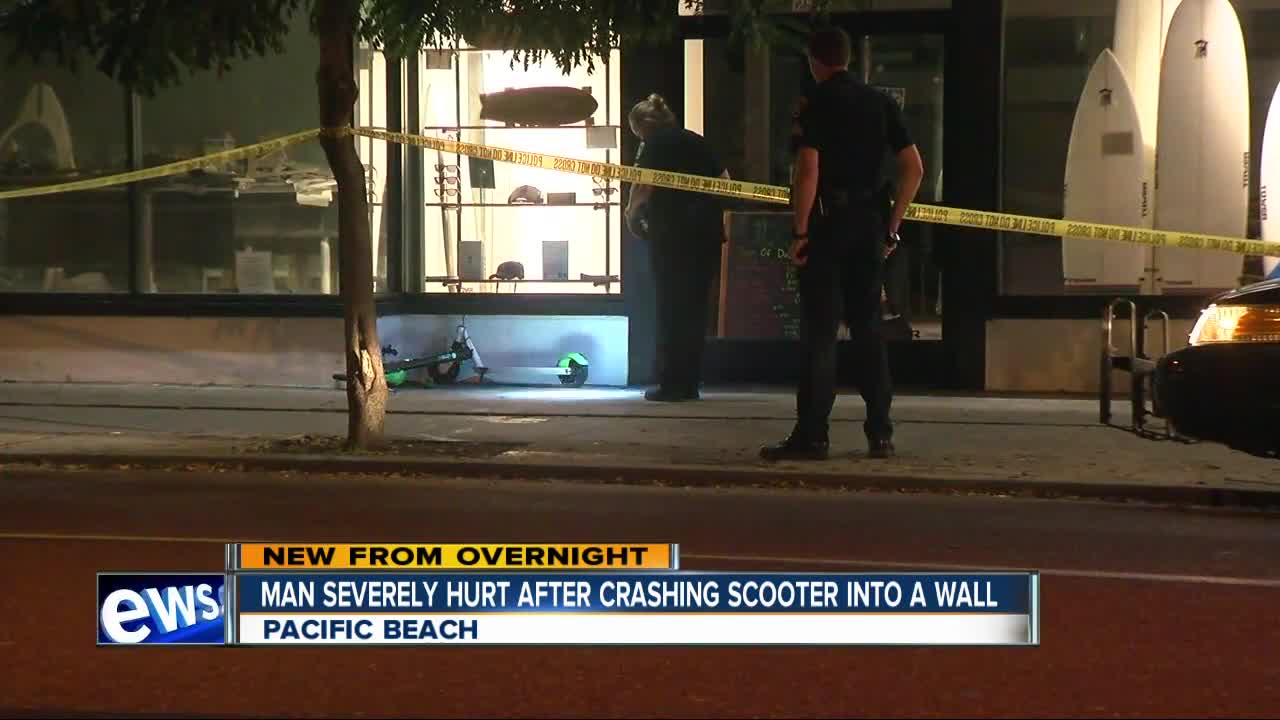 SAN DIEGO (KGTV) - A scooter rider was taken to the hospital with serious injuries after crashing into a wall of a Pacific Beach business early Monday morning.

San Diego police said the crash happened at around 2 a.m. in the 1200 block of Garnet Avenue.

According to police, a 29-year-old man was riding a Lime scooter eastbound on the south sidewalk when he veered right and hit a building.

Police said the man was not wearing a helmet at the time of the crash, and officers believe alcohol was a factor in the wreck.

The rider was hospitalized with “serious head injuries which are believed to be life threatening,” police said.

The crash is under investigation.